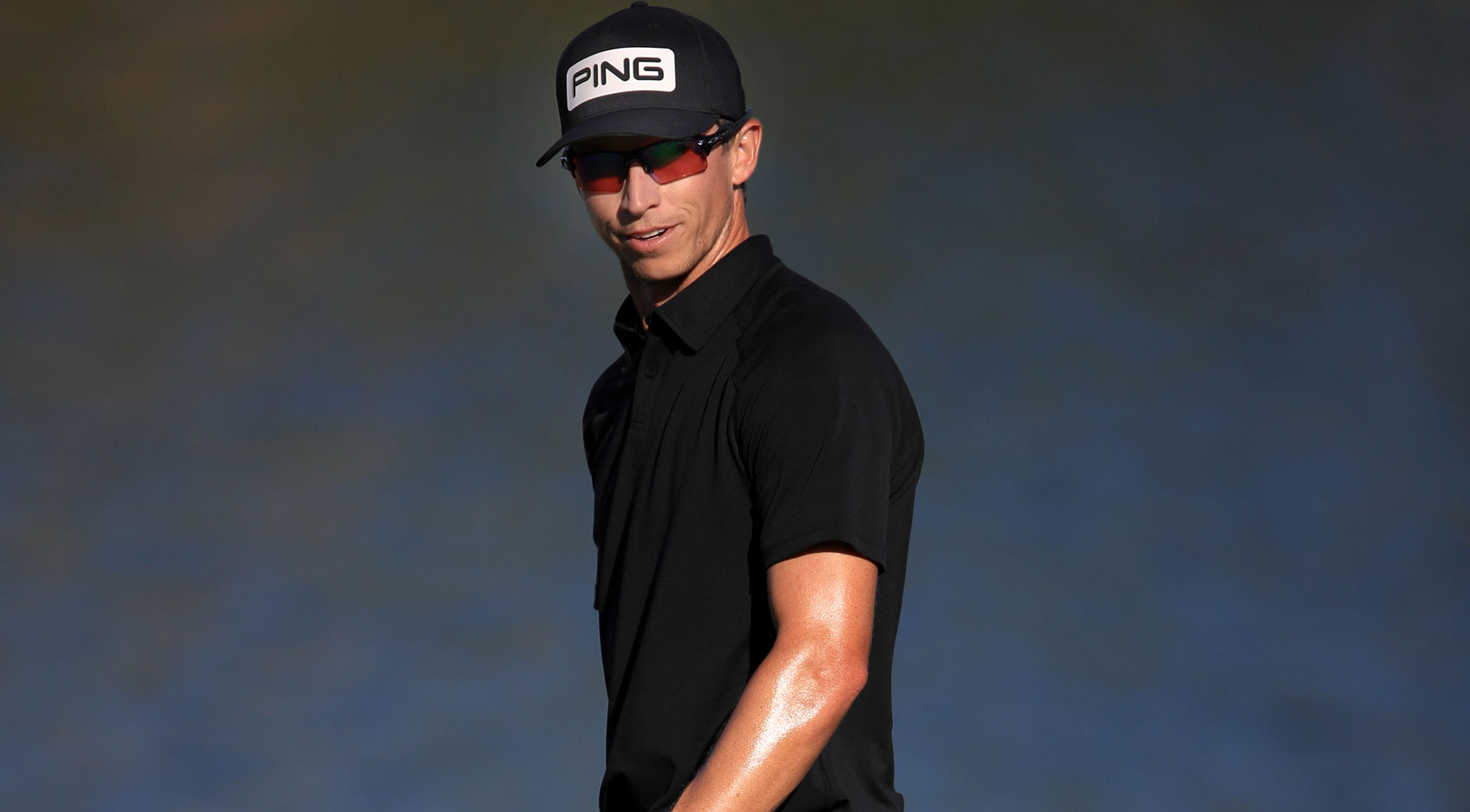 LA QUINTA, Calif. — Brandon Hagy didn’t find out he was in the field at The American Express until three days before it started. The Californian then left no doubt he belonged.

RELATED: Leaderboard | Mickelson the host with the most

Hagy took the first-round lead Thursday with an 8-under 64 on the Nicklaus course, staying one shot ahead of South Korea’s Byeong Hun An in the opening tournament of the PGA TOUR’s West Coast Swing.

Hagy racked up 10 birdies, including three streaks of three in a row. He capped the round with a calm birdie putt on the 18th.

“I felt like I saw the greens really well, and the last couple of days, I felt like I was putting really well,” Hagy said. “Once I started to read them well, I knew if I could just keep doing what I was doing, I’d have a good shot to do something.”

Hagy grew up in Westlake Village before his All-America collegiate career in Berkeley.

He was added to The American Express field Monday when Jon Rahm withdrew. Rahm later said he incurred a minor injury in the gym, but the Spaniard plans to play at Torrey Pines next week.

Hagy might have made it into the field anyway after additional dropouts, but he was still grateful to Rahm, his friend and a collegiate opponent when Rahm played at Arizona State: “I’ll have to send him a gift or something.”

An made seven birdies without a bogey in his 65. Max Homa, Martin Laird and Si Woo Kim shot 66.

This famed Palm Springs-area tournament long hosted by Bob Hope has undergone significant changes this season due to the coronavirus pandemic, but the idyllic sunshine was familiar to the players who made the trip to the venerable desert event.

The long-standing pro-am format has been dropped for a year, although the likes of Landon Donovan and country singer Jake Owen participated in a charity tournament Wednesday. With fewer golfers on the course, the pros are also playing on only two courses instead of the usual three.

But the tournament kept its tradition of providing every opportunity for low scores: the once-feared Stadium Course and the Nicklaus Tournament Course at PGA WEST are among the most generous in the sport, with birdie opportunities abounding.

Hagy started with a bogey on the first hole of the Nicklaus course, but then the birdies came in bunches. He birdied six of the seven holes before the turn, and he added three more on the back nine after his second bogey.

The 29-year-old’s game is coming into focus after a rough few years for a promising talent. After turning pro in 2017 and recording his first top-10 finish in 2017, Hagy missed the entire 2018 season with a persistent wrist injury, and he played only 13 events in 2019 while struggling with a back injury.

After making eight cuts last year, Hagy is back at full health after a solid offseason of preparation.

“I’m happy with what I’ve been doing,” Hagy said. “I’m getting to a point now where I know exactly what I need to work on, and to just keep getting the reps.”