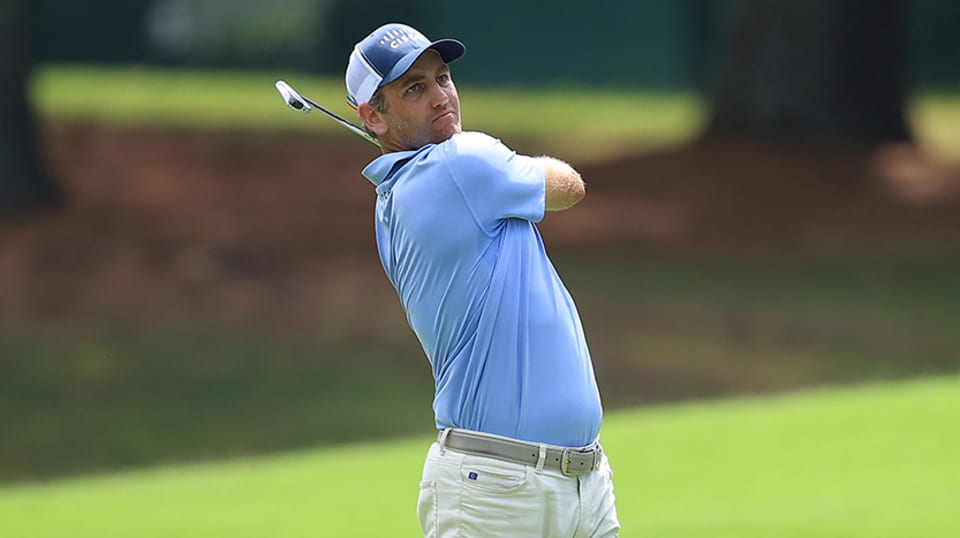 MEMPHIS, Tenn. – Brendon Todd’s putter is more than making up for any lack of power off the tee at the World Golf Championships-FedEx St. Jude Invitational.

Todd shot a 5-under 65 Friday and grabbed a two-stroke lead through 36 holes.

“I have not hit the ball as crisply the first two days and maybe some other tournaments this year, but I’ve probably putted the best of any tournament this year so far,” Todd said. “I’m really excited about how I played and looking forward to the opportunity this weekend.”

Todd trailed defending champion Brooks Koepka after the first round by two strokes. He quickly erased that deficit and took the lead to himself with a bogey-free, five-birdie round for a 129 total at TPC Southwind.

Rickie Fowler closed with birdies on his final two holes for a 67 and 131 total just behind Todd thanks to his own putter.

“I feel like I’m heading in the right direction,” Fowler said. “I think that’s been my main goal is go through some changes for the better. Sometimes you’ve got to take that step back to take two steps forward. I feel like we already made the step back. I feel like we’ve made a step forward. I’m looking for that next step.”

Koepka had the lead to himself at 10 under before falling apart on his back nine with a double bogey and two bogeys. He finished with a 71, his first time over par at this course in seven rounds. He was four strokes back, tied with Byeong Hun An (65) and Chez Reavie (67).

But Koepka said he wasn’t worried with 36 holes remaining.

“I just putted bad,” Koepka said. “It wasn’t really anything other than that. Felt stress-free other than just missing some short ones. On the back nine they felt good, they were just missing, and on the front they just weren’t good putts.”

Justin Thomas, who could go back to No. 1 in the world with a win, was seven strokes back after a 70. Rory McIlroy’s bid to be No. 1 again may have to wait until the PGA Championship next week. He shot a 66, but is 10 strokes back.

This round started early Friday morning to avoid expected thunderstorms in the afternoon.

Todd won back-to-back tournaments last November for his first win on the PGA TOUR since winning the Byron Nelson in 2014. Since the return to play in June, Todd missed two cuts with his best finish a tie for 11th at the Travelers Championship.

On Friday, his putter worked well enough that he needed only 24 putts in a round that featured a 50-footer for birdie on the par-3 No. 14. Todd hit a 6-iron to the left side of the green, and he had to roll the ball over a mound breaking left at least 5 feet.