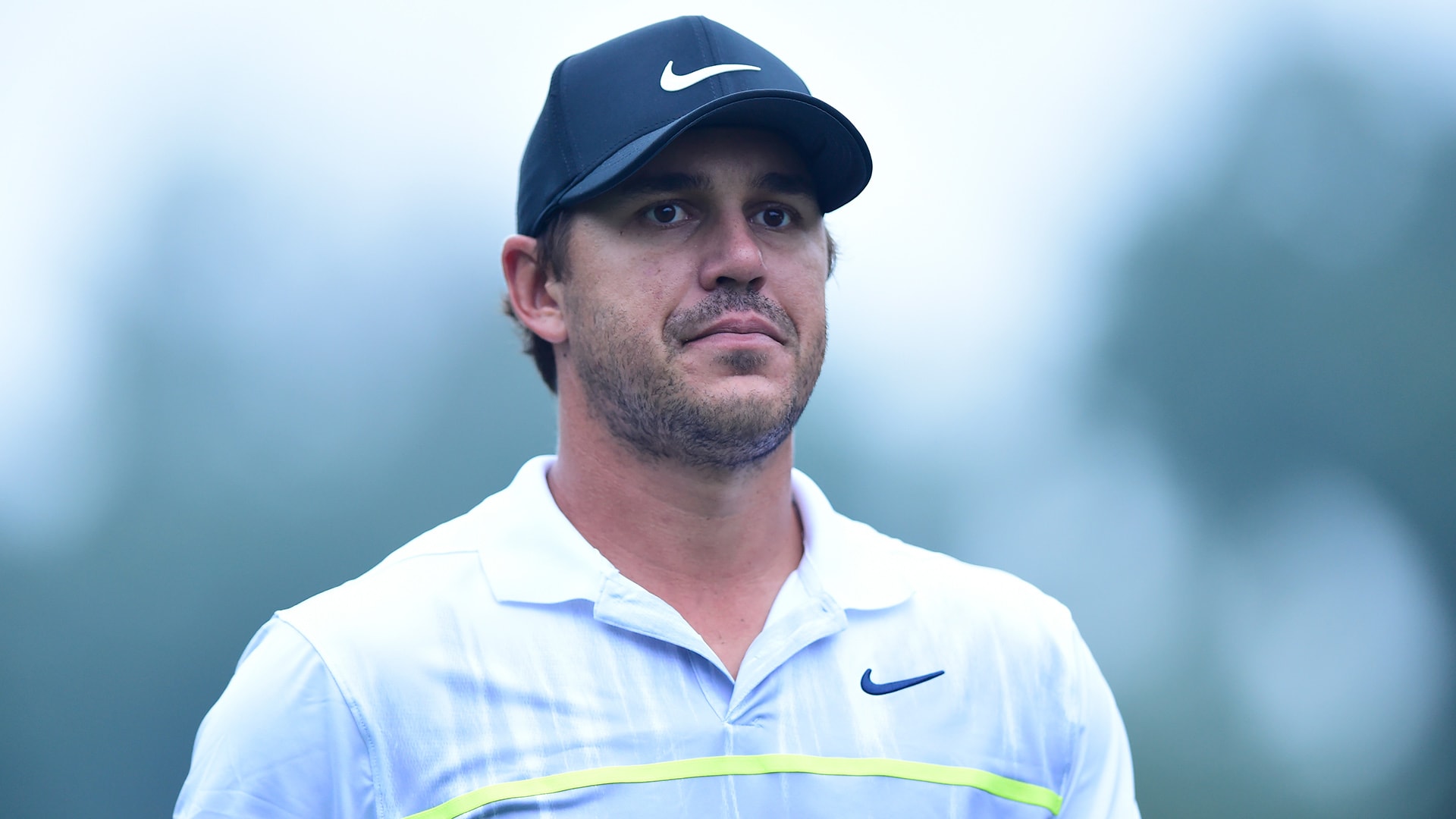 Returning to the PGA Tour for the first time in two months, Brooks Koepka on Tuesday revealed the extent of his injuries that have caused him to tumble out of the top 10 in the world rankings.

Koepka, who hasn’t played since the Wyndham Championship in August, said that he’s spent the past two months resting and rehabbing injuries to both his left knee and left hip.

Let’s start with the knee.

Last fall, the four-time major champion underwent a stem-cell treatment to repair a partially torn patellar tendon in his left knee. Then, at last year’s CJ Cup in South Korea, he slipped on wet concrete and re-tore the tendon, shutting him down for another three months. But that ailment lingered into the new year, and his inability to shift his weight onto his left side also caused an issue with his left hip. He was eventually diagnosed with a torn labrum.

“Obviously Memorial was kind of its peak when it was at its worst,” he said, “and then at the PGA, it didn’t feel great. Just progressively kept getting worse.”

At the PGA Championship, Koepka was seen getting worked on by a physiotherapist during the second round. At the time, he downplayed the injury, saying simply that it was tight and “nothing to be worried about.”

“I don’t know when it actually happened,” he said of the tear. “I know I felt it at the PGA, or that’s when it became the worst, trying to manage it and play through it. Just one of those things where if you’re not getting any weeks off to actually treat it, it’s hard to treat it on the road and do everything you need to do. But we’ve got it handled now.”

Koepka played six tournaments in a row before withdrawing from the FedExCup playoffs (and, later, the U.S. Open), capping a disappointing season in which he recorded only two top-10s, plummeted out of contention on the final day of the PGA and tumbled from No. 1 to No. 11 in the world rankings.

Throughout the year he failed to blame his performance on his injuries, but when asked Tuesday about the impact, he was blunt.

“It’s the whole reason I played like crap,” he said.

Rehabbing his injuries the past two months in San Diego, Koepka said he underwent another round of platelet-rich plasma injections in his left knee and also had a cortisone shot in his hip. If the issue persists, he said, he’s looking at surgery and a nine-month recovery. But asked how he feels now compared to when he began the year, he said: “A million times better.”

“I didn’t know how bad I felt until I actually feel good,” he said.

Koepka began hitting balls about 10 days ago and traveled to Las Vegas last week to work with swing coach Butch Harmon. After a painful season, he was pleasantly surprised by the quality of his shots and reported no limitations.

After this week’s CJ Cup, Koepka will return to San Diego for more rehab. He’ll also play the Houston Open at Memorial Park – where Koepka served as a consultant for the redesign – in the week leading up to the Masters.