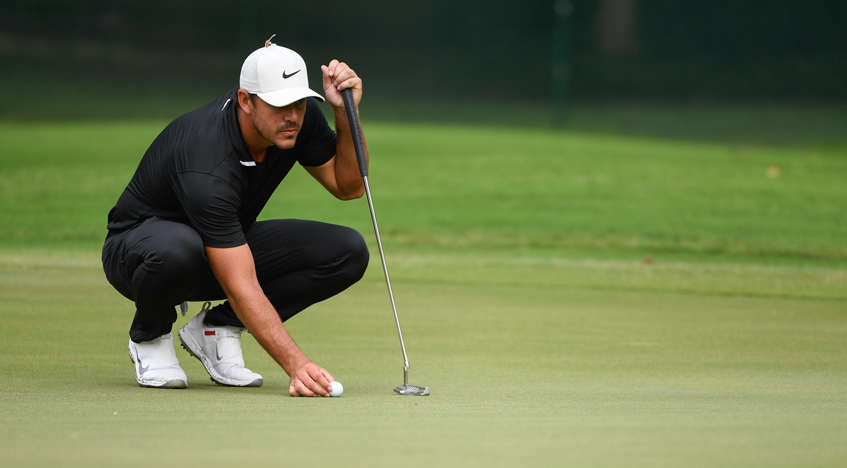 Brooks Koepka looked in control when he made the turn in the second round of the World Golf Championships-FedEx St. Jude Invitational.

He was 10 under par and in the lead after hitting his first nine greens of the round. He struggled with his putter on the back nine, including a three-putt from 3 feet, and will begin in the weekend four shots behind leader Brendon Todd, though.

“I just putted bad,” Koepka said. “It wasn’t really anything other than that. Felt stress‑free other than just missing some short ones.”

Koepka, who had just had one bogey in his first 27 holes, shot 3-over 38 on his final nine Friday.

He made a double-bogey on the third hole after that three-putt from close range, then added two more bogeys and one birdie. He missed two putts inside 5 feet Friday, and made just one of the six attempts he faced from 5-10 feet.

Koepka lost 4.6 strokes on the greens Friday after gaining more than three strokes with his putter in the first round. Thursday was a promising start to his relationship with putting coach Phil Kenyon, who Koepka began working with on the eve of play at TPC Southwind.

Koepka’s iron play remained solid in the second round.

Koepka is 155th in the FedExCup standing with just three weeks remaining in the regular season. He is seeking his first win since last year’s WGC-FedEx St. Jude Invitational.