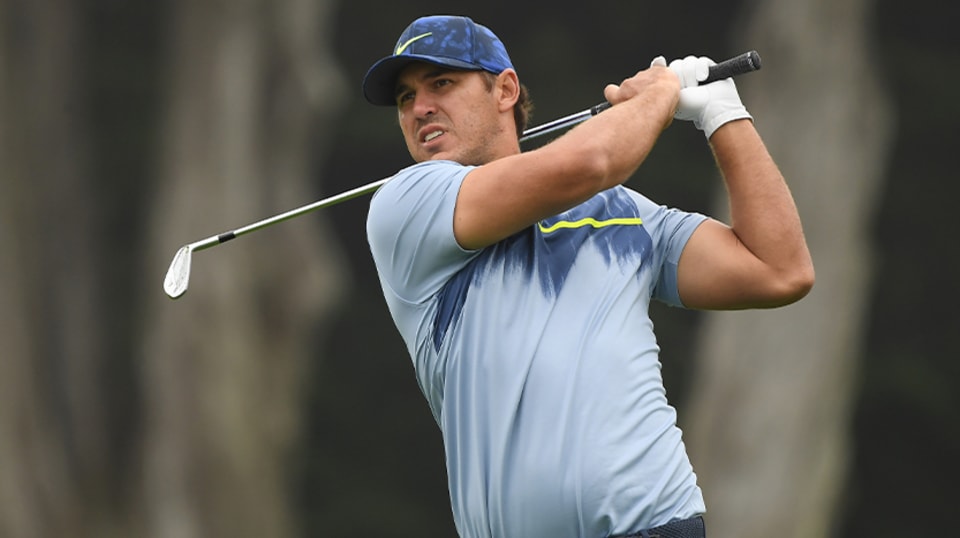 NORTON, Mass. – Brooks Koepka called an end to his 2019-20 PGA TOUR season Wednesday, choosing to withdraw from THE NORTHERN TRUST, the opening tournament to the FedExCup Playoffs, rather than keep pushing things with a painful hip.

After shooting 72-70 to miss the cut at the Wyndham Championship last Friday, Koepka confirmed that his hip was still painful. He was 97th in the FedExCup standings and knew he needed a strong week here at TPC Boston to get into the top 70 for next week’s BMW Championship. The Wyndham was Koepka’s sixth consecutive start.

“I wanted to try to get to Atlanta,” he said at the Wyndham. “You’re only one tournament away from being there. You go out and you win and you’re there.”

But after traveling here from Greensboro to prepare for THE NORTHERN TRUST, Koepka never made it on site at TPC Boston and decided not to push it any further.

What will go into the record books for Koepka in this pandemic-forced shortened season is 13 tournaments, with no wins and just two top 10s. He ended 2019 as the world’s top-ranked player, but plagued by the hip injury, Koepka has fallen to No. 7.

Koepka was 213th in the FedExCup when the season was halted by the coronavirus pandemic, but showed promise in his second start back, finishing seventh at the RBC Heritage. He was still 155th in the standings when he made a spirited run in his title defense at the World Golf Championships-FedEx St. Jude Invitational. He finished second to vault 59 spots in the FedExCup standings.

His good play continued the following week in his bid for a PGA Championship three-peat. Koepka shot 66-68-69 to sit two off the lead, but he closed with a 74 to fall into a tie for 29th.

Koepka, 30, would have four weeks of rest before what would presumably be his next tournament, the U.S. Open at Winged Foot Sept. 17-20.