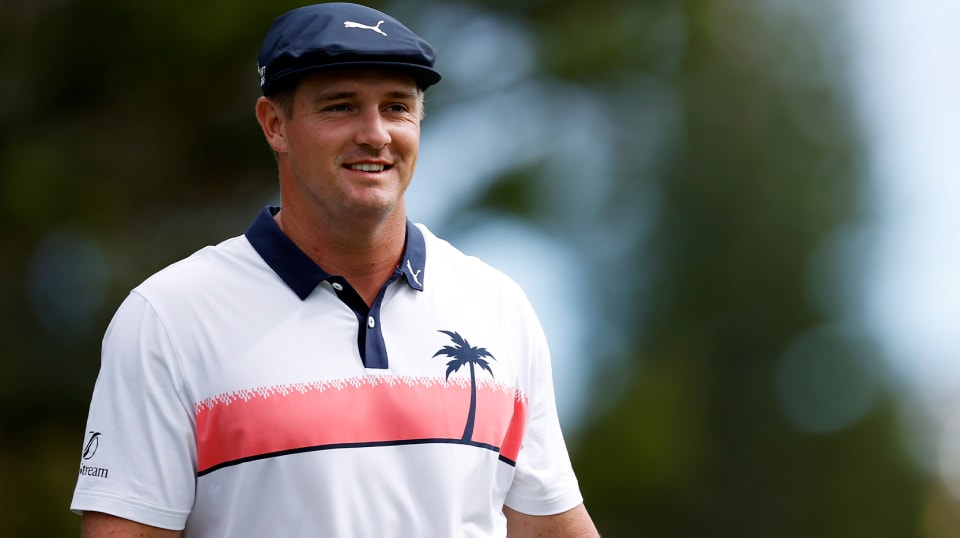 KAPALUA, Hawaii – Bryson DeChambeau spent his holiday break trying to push himself to the point of passing out as his search for incredible swing and ball speed continues.

The U.S. Open champion responded to a poor effort at the Masters last November by getting back to work as he looks to take his already prodigious distance to even higher levels in 2021.

And after a solid 4-under 69 to open the Sentry Tournament of Champions – a score that left him just four off the pace – the 27-year-old explained his off-season with long drive champion Kyle Berkshire was already beginning to show fruit.

“I spent my off-season swinging my butt off as hard as I can. There were times where everything hurt in my body and it was breaking down my whole nervous system and rebuilding it back up,” DeChambeau said from Kapalua.

“There were numerous times where I was seeing a tunnel and I had to stop. I did not blackout, but I came very close, just like (Kyle) did.”

Berkshire – who recently revealed he is trying to make the transition from long drive champion to PGA TOUR player – was able to lift his swing speed from 119 miles per hour in college to 150 mph by the time he was the longest man on the planet.

DeChambeau has formed a partnership of sorts with the 24-year-old as they look to help each other hone their craft. The seven-time PGA TOUR winner tried to explain some of the techniques the pair worked on that saw them on the brink of collapse.

“I’m not going to give away what he told me to the utmost (but) he gave me some nice little secrets,” DeChambeau said. “I implemented some of his techniques. A lot of it has to do with pushing the limits of your body and going for long hours of swinging your golf club with a golf ball and trying to help up the ball speed.

“There are points where, I don’t know if you’ve ever experienced a runner’s high or something like that, where you get these extra endorphins and that’s kind of what breaks your neurological CNS (central nervous system) … which is a great thing. And over time as you keep building it and you keep pushing it and pushing it just keeps going up and up.”

DeChambeau estimates he has perhaps added 20-yards of distance with his recent speed gains over the break – and says he now hits an 8-iron 205 yards.

In Thursday’s opening round in Maui, DeChambeau ranked second in Strokes Gained: Off-the Tee, just fractionally behind Carlos Ortiz and was also second in driving distance with his 317.7-yard average beaten by Cameron Champ (322.4). His longest drive of the day was a 405-yard rocket at the 12th.

The former U.S. Amateur champion’s swing speed on the one radar measured hole (par-4 3rd) sat at 135 mph with a ball speed of 196.29 mph. It is these numbers DeChambeau is determined to lift. He expects to get to his ultimate goal over the next 18 months.

“I’m going to keep getting speed until I try and get around 205 to 210 (ball speed). Once I achieve those speeds and I’m comfortable with that, not trying to swing my butt off, it just happens naturally, that’s when I’ll probably stop and go down the chipping rabbit hole and try and understand my chipping and wedging a lot bit better,” DeChambeau revealed.

“I still feel like there’s some low hanging fruit with the driver, the speed I can gain. It’s fun. I hit 7-iron into 18 today… I hit pitching wedge into five, albeit I parred it. Putting still matters. But these distances are allowing me to do things that I never thought were possible, which is cool.”

There was one new issue for the big hitter though.

“The only problem is walking these hills. You add 30 more pounds it’s a hike,” he said. “It’s different. I have to create some endurance for that. I don’t just need strength; I need endurance with these muscles.”