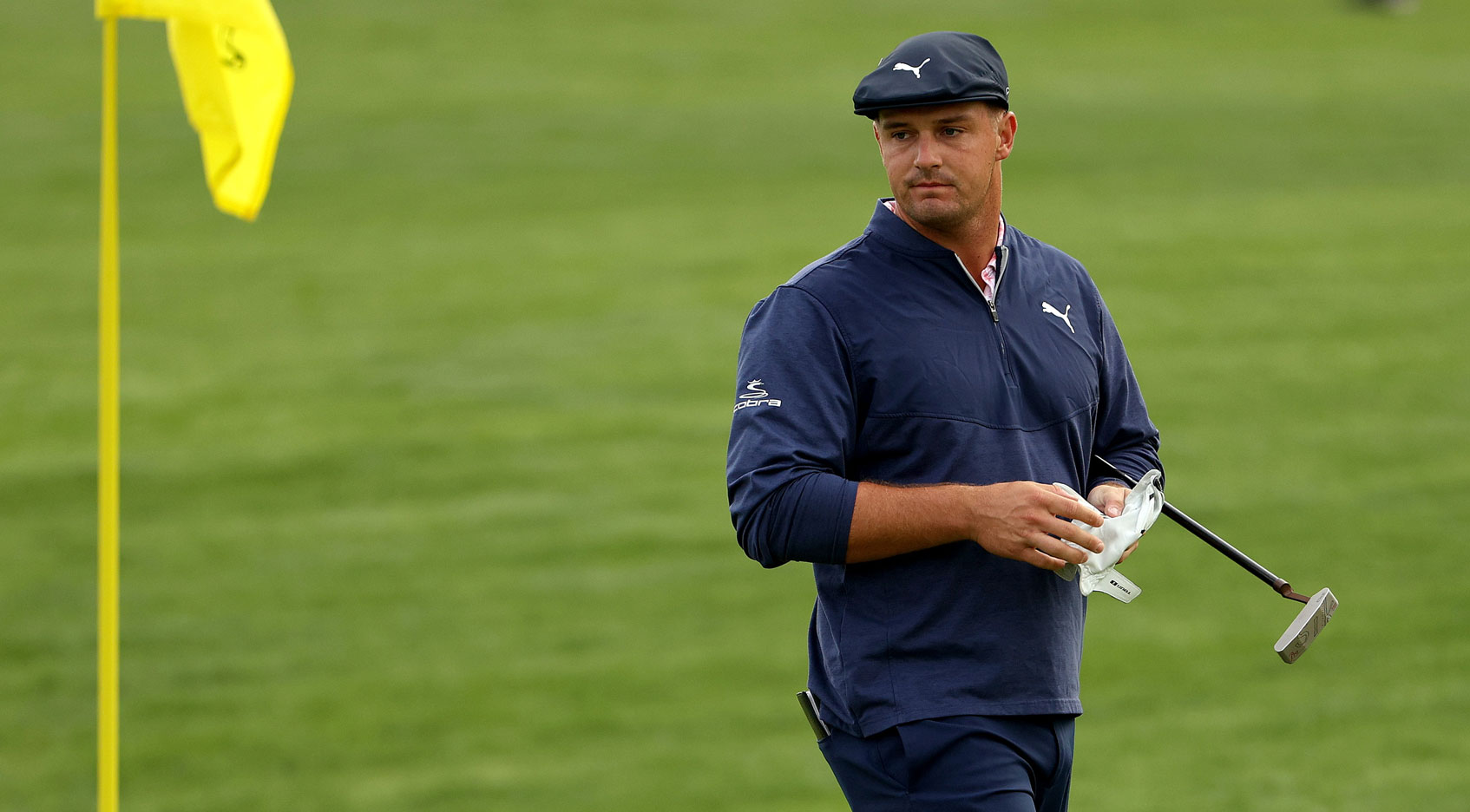 Bryson DeChambeau thinks he knows what caused dizzy spells at the Masters. His brain was working too hard.

DeChambeau was the betting favorite in November with his enormous size and power to go along with his six-shot victory in the U.S. Open at Winged Foot a few months earlier. He fell behind early and complained of feeling dizzy and something being wrong with his stomach.

He says he saw doctors for any issues with his inner ear, had tests for eye pressure and ear pressure and even had an ultrasound on his heart.

“The one thing I will tell you is that I’ve done a lot of brain training … and the frontal lobe of my brain was working really, really hard,” DeChambeau said Friday. “And that’s kind of what gave me some weird symptoms.”

DeChambeau finished a disappointing T34 at Augusta National, his only finish outside the top-10 in four starts this season. He was T7 at last week’s Sentry Tournament of Champions, where he led the field in driving distance (303.6 yards) and Strokes Gained: Off-the-Tee (+6.52). He played his final eight holes at Kapalua in 6 under par, including an eagle at the final hole, where he hit his 244-yard approach to 6 feet.

DeChambeau is fourth in the FedExCup standings.

He did not elaborate on what made the frontal lobe work so hard or how it affected him. DeChambeau, ever the scientist, uses a program called “Neuropeak Pro” to use proper breathing control his heart rate and calm his brain.

“As I started to to relax my brain a little bit and just get into a more comfortable situation and got on a really good sleep schedule routine, a lot of those symptoms went away,” he said. “And they come back every once in a while, but as I do a lot of breathing, it goes away and that’s really what I’m focused on trying to do.”

As he chases speed — he says he reached a ball speed of 211 mph on the range at Kapalua last week, but nowhere near that on the golf course — the immediate target outside the ropes is his stomach.

The most obvious difference is the 40 pounds of muscle and mass he has added as he tries to build a body that can tolerate swinging the club as hard and as fast as he can. He said he now is trying to lean out what he described as a “dirty weight gain bulk.”

He also said he was taking digestive supplements at the Masters as he worked on the “gut stuff,” and that contributed to him not feeling his best. Then there’s the additional layer of stress from being at Augusta National under a brighter spotlight than ever.

“It all took a toll,” he said. “I don’t think it was exactly that specific thing. But it was a combination of a few things that escalated my brain, overworking and just giving out.”

Meanwhile, the chase for speed and distance continues as he keeps tabs on his body. DeChambeau’s quest is to swing so fast that the golf ball comes off his driver at 210 mph. He topped that on the practice range, but found his ball speed at 193 or 194 mph during the tournament.

“That just shows you how the brain reins you in going, `No, I need to hit it straight because I’m a professional golfer and I still need to keep it in play every hole.’ So you kind of lose that ability to just free yourself up and let it go,” he said. “I can get it over 200, no problem. It’s just about how can I get that on a golf course now.”