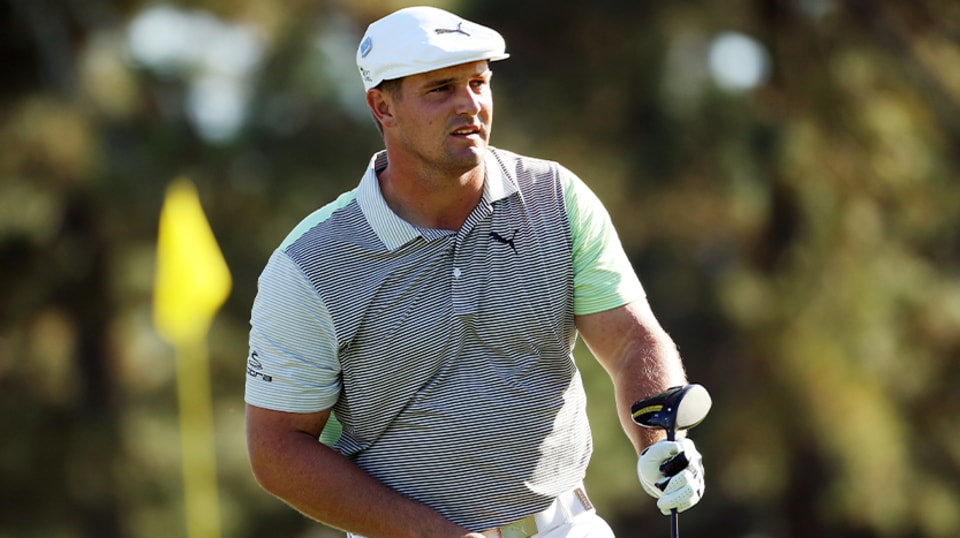 AUGUSTA, Ga. – Bryson DeChambeau belted a 317-yard drive and hit his second shot to 17 feet at the par-5 13th hole before darkness halted the second round. He will have an inviting eagle putt when play resumes at 7:30 a.m. Saturday. At least that part has gone to plan.

As for the rest of it, not so much. DeChambeau, who double-bogeyed the relatively easy 13th in round one, lost his ball and triple-bogeyed the short par-4 third hole in the second round.

The third and 13th holes are two of the shortest holes on the course.

“He looked off,” Justin Leonard said on the Golf Channel. Countered Brandel Chamblee, “I thought you were going to say awful.”

Much of the talk coming into this Masters centered around DeChambeau gaining 40 pounds and enough clubhead speed to lead the PGA TOUR in driving distance. He won the Rocket Mortgage Classic, and the U.S. Open at Winged Foot – by six shots – for his first major title.

DeChambeau was the talk of the TOUR, and he was a Masters favorite if not THE favorite.

What could go wrong? Plenty, as it turns out.

Squares and double-squares and circles adorn DeChambeau’s card two-thirds through his second round. He’s made four birdies, four bogeys and the triple. There is still some debate about where his tee shot went at the third; all anyone knows is when it fell out of the sky it disappeared in the rough somewhere. Did it plug? Is it embedded in the wet turf? It was a golfing mystery.

With no other recourse, DeChambeau returned to the tee to start over, hitting 3. That he would be so wounded by such a short hole, a par 4 where he can easily reach the green in one, was typical of the fickle nature of golf. But then it was the same story at 13 Thursday, when he hit a poor drive and went for the green in two, anyway, only to hook his ball into the bushes.

At 1 over for the tournament, DeChambeau one shot on the wrong side of the projected cut line with the eagle putt remaining at 13 and five holes remaining after that.

No one expected the pre-tournament favorite to have to fight just to make the cut.