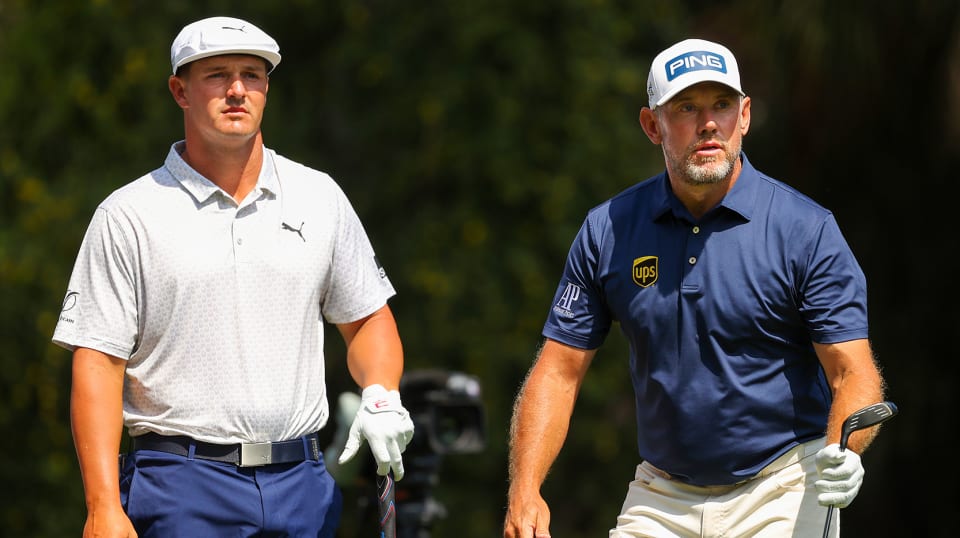 A fourth shot stayed in the pine needles before he got up and
down for double. Westwood would make a 7-footer for bogey. When the
scores hit the boards around the course audible gasps were heard from
fans and the rest of the challengers immediately knew the game was on.

Westwood
remained the leader as he made the turn, but Thomas was just beginning
to heat up. As the American opened the back nine birdie-eagle-birdie
Westwood could only manage pars and he went from two in front to two
behind in quick time.

But just as Westwood’s hopes appeared to
have melted away Thomas missed a short par-putt on the 14th green and
veteran produced an incredible 200-yard bunker shot on the same hole to
set up an all-world birdie to tie the lead.

The famous finish
remained with Thomas getting the better of it with a birdie on 16 and a
clutch par putt on the island 17th. Westwood failed to birdie the par-5
16th and missed a clutch par putt of his own on 17.

“The week has
been great. I didn’t play my best golf today by any stretch of the
imagination, but I battled it out. I was proud of myself for that,”
Westwood said. “People question whether I can hole putts under pressure,
and I rolled in a lot of must-make putts all day, really, whether it be
for par or the great birdie on 14.

“I felt like I put maximum
effort in today. I didn’t really have the strike. I didn’t really have
much direction. I was on the edge all the time, it felt like. I wasn’t
as good as I played the first three days, but you have days like that,
where you just have to grind it out. It’s a battle sometimes. That’s
championship golf. If you don’t like it, you’re in the wrong job.”

Westwood,
who turns 48 next month, has moved from 153rd to 22nd in the FedExCup
over the last two weeks and refused to look at the loss as a negative.
Instead he was looking forward to a scouting trip at Augusta National
with his son on Monday before returning to Florida to play The Honda
Classic.

As for DeChambeau – he made the turn three off the lead
and was four back of Thomas after he failed to birdie the par-5 11th.
Birdies at 12 and 13 reignited his hopes before a 14th hole bogey made
his job much tougher.

He refused to give up and executed
beautifully on 16 to make a brilliant eagle but with the prospect of
needing to birdie the last two holes to have a chance his tee shot on
the 17th agonizingly stayed up on the ridge and he was unable to
convert.

“I fought really hard. It just seemed like something
wasn’t going my way today for some reason. Just I could feel it. It was
weird,” he said. “(But) I can play on golf courses that don’t really
suit me. That’s a big lesson. I’d also say, no matter what happens, no
matter if I top a shot…, I’m still never out of it for the most part. I
know my game is good enough in most facets to get it back and compete
with the best of them.”