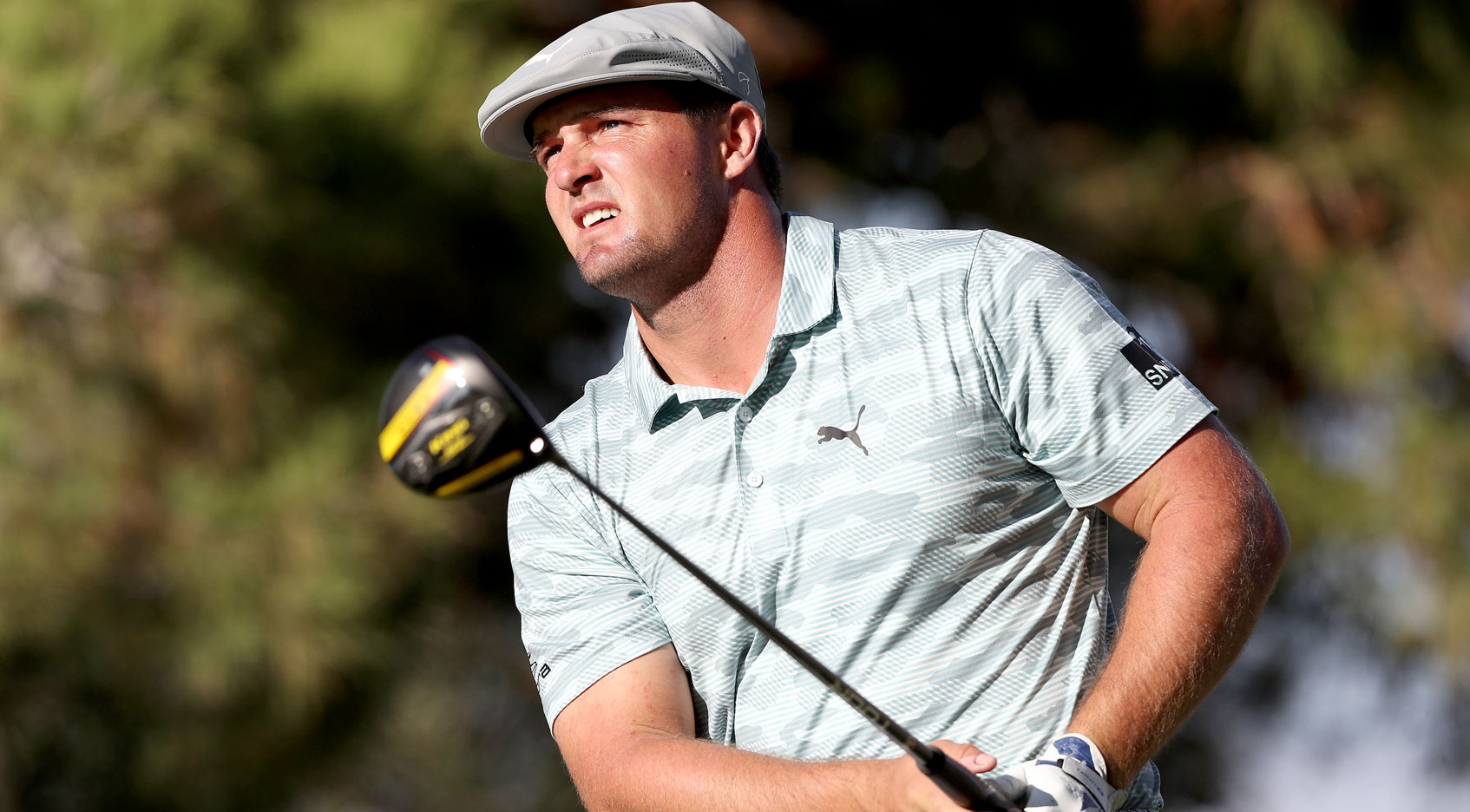 LAS VEGAS – Bryson DeChambeau is human after all.

The pumped up recent U.S. Open champion had a round to forget on Saturday at the Shriners Hospitals for Children Open, dropping from one shot off the lead into a tie for 31st after an eventful even-par 71.

DeChambeau, who won at TPC Summerlin in 2018, now faces a Sunday round starting seven shots off the pace of leaders Patrick Cantlay and Martin Laird after a disastrous start to his third round.

On a day when fellow big hitter Matthew Wolff shot 10-under 61 and the course average was 67.5, DeChambeau sat 5 over through his opening six holes and went from contender to a whopping 10 shots off the lead at the time.

“You’re 5 over on this golf course through, what was it six holes, (it feels like) about 12 over. That’s what it felt like to me at least,” DeChambeau admitted.

The horror run started on the par-4 2nd hole when his drive sailed right into the desert scrub and he was only able to hack it out into a fairway bunker. From there he came up short of the green and carded a double bogey.

When he holed out from off the third green for birdie it appeared he may have arrested the early slide but far from it. He three-putted the fourth hole for bogey and made another when he failed to get up and down from a greenside bunker at the fifth.

To make matters worse, he then sent a tee shot way right and was unable to find it on the sixth hole which resulted in another double bogey.

The 27-year-old managed to battle back somewhat with six birdies (and one bogey) in his last 11 holes but now faces a serious uphill battle if he is to claim an eighth PGA TOUR win.

“It was really weird. I don’t know. It’s golf, right? I mean, you’re never going to play your best all the time, right? So I just felt like couple things got off a little bit. Didn’t really hit bad shots, just didn’t go where I wanted to,” DeChambeau said.

“I went into some really bad places unfortunately and didn’t save par from them. Just stuff didn’t go my way today. It was tough out there certainly, but I think I did a decent job of holding my head high and plugging forward.”

DeChambeau said he tried to turn his focus to fun as he made the turn which may have accounted for his incredible 392 yard drive off the 10th tee. Knowing he was going to try to unleash one of his bigger swings DeChambeau was forced to wait for the green to clear.

He spent the time tightening the screws on his driver and bounding around the tee box like a boxer getting ready to start 12 rounds.

“It’s more just walking around the tee box trying to keep my adrenaline up so I can pump some energy and use my muscles as hard as I can. I feel like when I just sit around I lose that contractibility,” he explained.

“It’s one of the things I learned through a bit of practice and learning how to get up to those speeds and keeping it up there.”

He wanted to record 200 miles per hour on ball speed but fell just short. He did chip up from the front of the green to birdie range though.

“I hit one close on 10; that was fun. That there was a moment where I was like, OK, I’m going to hit it as hard as I possibly can today and have some fun,” he said after clocking up an incredible 199.227 ball speed and 388.8 yards of carry.

He expected to try again on Sunday.

“I think it was 199 or something like that. I was trying to get the 200 mark, but, dang didn’t happen. But there is always tomorrow. Hopefully the wind is a little more down wind and I can pump it.”

Maybe he’s not human after all.