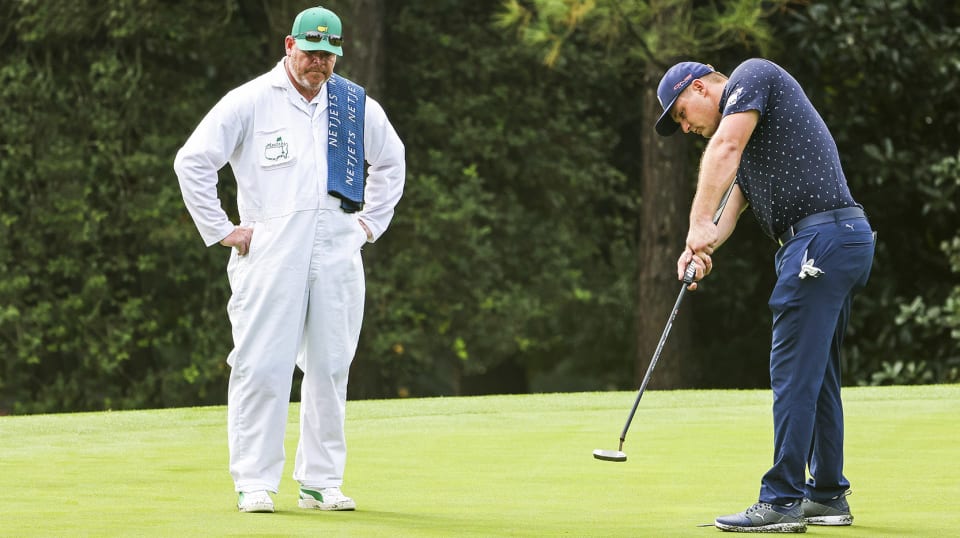 The greatest amateur golfer of all time understood the fundamental difference between playing for fun … and playing for real. The nature of competitive golf is to simply get the ball in the hole in the fewest number of strokes. The player with the lowest score wins. But, as everyone who has ever entered a golf tournament knows, there’s nothing simple about it. As soon as a player must putt everything out, as soon as you know a score will be posted by your name, the game is unforgiving. You got to get the ball in the hole. Somehow. Whatever it takes. Especially on the PGA TOUR where the quality of play is the best in the world.

Great putters, such as Jones himself, thrive on the greens. But for every Masters champion who is an outstanding putter, such as Jack Nicklaus, Ben Crenshaw, Tiger Woods or Jordan Speith, there are dozens of their contemporaries who could hit the ball well from tee to green, but couldn’t keep up once they reached the putting surface.

Bryson DeChambeau is the latest example. He is the hot topic entering this year’s Masters because of his physical transformation, but a focus on his driving distance overlooks his drastic improvement on the greens.

DeChambeau has become one of the TOUR’s best putters with a unique arm-lock style, using an extremely upright putter that sits almost perpendicular to the putting surface.

The narrative around DeChambeau is that he bludgeoned Winged Foot en route to winning the 2020 U.S. Open. Sure, he bombed it off the tee, but he didn’t lead the field in driving that week. Rory McIlroy did. Bryson led the field in putting. He’s steadily climbed in the rankings for Strokes Gained: Putting, finishing 10th in that statistic last season. He’s also hitting more greens in regulation and his short game was spectacular at Winged Foot. That’s the true narrative: Bryson has improved everything about his game. And that’s why he’s considered a serious favorite at this week’s Masters.

DeChambeau is the latest to experiment with a different or unique putting style in an attempt – sometimes a desperate attempt – to get the ball in the hole in fewer strokes. He’s certainly not the first. Four-time U.S. Open champion Ben Hogan said, “There is no similarity between golf and putting. They are two different games; one played in the air, and the other on the ground.”

The legendary ball-striker would have been perfectly happy without the need for putting.

“There shouldn’t be any cups… just flagsticks,” Hogan famously said. “And then the player who hit the most fairways and greens and got closest to the pins would be the tournament winner.”

Anyone who’s ever four-putted has probably thought the same thing at least once.

The competition on the PGA TOUR is so intense that even the slightest improvement on the greens can be a huge boost.

We’ve seen right-handers putt left-handed. Langer is credited with bringing the arm-lock method into the spotlight after using it to win the 1993 Masters. Spieth has looked at the hole while hitting short putts. Johnny Miller putted with his eyes closed (he also won the 1976 Open Championship while focusing his eyes on a spot of red nail polish he painted on his putter).

Here’s a list of some of the unique styles we’ve seen, and photos illustrating them.

Whatever it takes. At least for one week. Especially on the PGA TOUR.