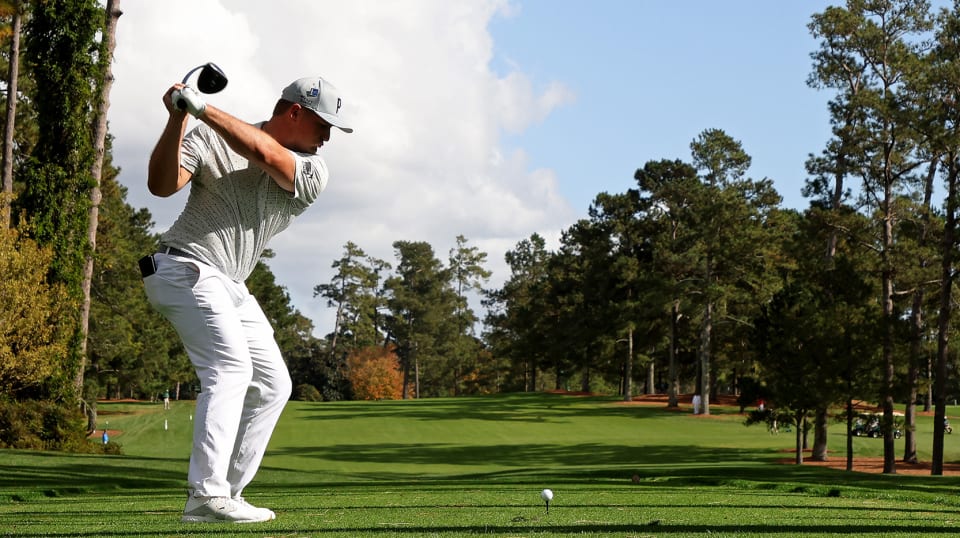 Bryson DeChambeau said he’s uncertain about whether or not he will put a new 48-inch driver in the bag for the Masters Tournament this week. He’s still not sure the potential upside of more distance is worth the potential downside of more inconsistency, but hasn’t ruled out using the club, which is the maximum length allowed by the Rules of Golf.

He is sure of two things, though. First, DeChambeau said, he won’t be driving the first green, as Jack Nicklaus suggested he might. And secondly, DeChambeau added, his prodigiously long drives are probably going to give him even more of an advantage absent the fans.

“I’m going to be able to hit it on certain lines where patrons would be,” DeChambeau said in his pre-tournament press conference Tuesday. “And I feel like that it does provide me a little bit of an advantage in that case to be able to hit into those areas without thinking about it at all.”

At the par-4 18th, he said, he’ll be able to rear back and launch one over the left fairway bunkers, where there would normally be patrons. Ditto for the dogleg-left, par-5 13th, where he’ll be able to blast through the fairway and even the pines running down the right side of it.

“I can hit it through almost into 14 and they would be there,” he said of the patrons, “so this is a unique opportunity I think this year.”

DeChambeau has a mediocre Masters record. He finished T29 last year, T38 in 2018 and T21 as an amateur in 2016, when he was just a shot off the lead through 35 holes. But he’s a different player now, having packed on 40 pounds of muscle. He has consistently led the TOUR in driving distance, and is coming off victories at the U.S. Open at Winged Foot (by a gaudy six shots) and the Rocket Mortgage Classic before that. He played a practice round with Tiger Woods, Justin Thomas and Fred Couples on Monday, and said he left himself only a pitching wedge into the 505-yard, par-4 11th hole.

As for the prospect of using a 48-inch driver, he said he’s still on the fence.

“Well, I tested it (Monday) for the first time,” he said. “And we’ve gone through at least three or four iterations of the shaft, and this is the most promising one yet. Yesterday I had about four to five miles an hour in ball speed increase. I got my swing speed up to 143, 144 on the range yesterday, and the dispersion is the same and spin rate was even down.

“I mean, it looks really promising right now,” he continued. “I did not expect it to work yesterday. I was like, this is going to take even more time, but it did work yesterday, and I’m not 100 percent sure if I’ll put it in play yet just because of the unknown; it’s so close to the Masters, but (if) it is an improvement of every facet of launch conditions, then I don’t see why not.”

It’s a tradition at the Masters. Skip a ball on the pond at No. 16 during practice rounds and see what happens. Well, Jon Rahm had something incredible happen on Tuesday (which is also his birthday).