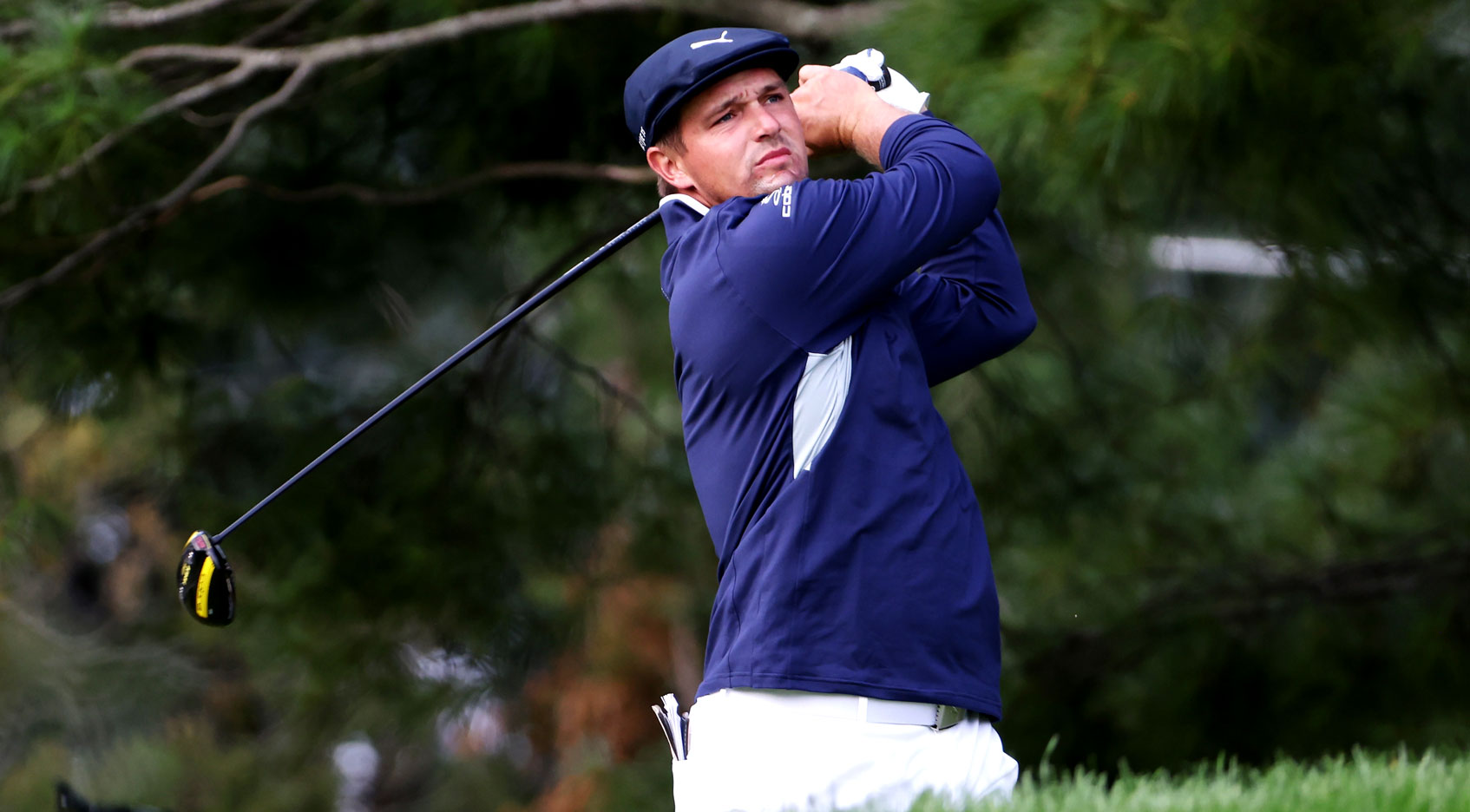 “When I was in the fairway I was able to attack and take advantage and finished really well today. I hit a great drive on nine that just set me up to be able to attack that flag today, and that was a fun way to finish off at a U.S. Open so far. It’s great,” DeChambeau beamed.

“I still want to hit it straight … I know my driver is going to be going far; sometimes straight, sometimes a little crooked. But if I can hit my irons really well, then I feel like I’ll be good for the rest of the day … If my iron play is great, I feel like I can play from anywhere.”

And he did play from everywhere. DeChambeau hit just half of his fairways and a combination of that, and a tough course, meant while he had six birdies, he also had six bogeys. It was the finishing eagle that put the exclamation mark on the round.

While the drive was incredible, the fact he used a wedge on approach is important. DeChambeau practiced his wedges into almost darkness the night before. He was “recalibrating”.

“My wedges yesterday weren’t that good. I was flying them too far and I wanted to know what the problem was and we figured out what the problem was. It just was going farther than I thought it was,” he said. “We didn’t practice them as well as I should have leading up to this tournament, but we made that adjustment, and it worked out beautifully for me today.”

After being a non-contender at his first 14 majors, DeChambeau claimed his first top-10 with a T4 at the recent PGA Championship. Now he’s looking to better that. The doubters still say the power game will be nullified as Winged Foot progressively plays harder but DeChambeau says bring it on.

“I feel great. Confidence is at an all-time high right now, driving it well, iron play is fantastic, wedging is getting better each and every day, and I’m putting it like I know I can. So very happy,” he said.

“I want it to play as hard as possible. I feel like there’s so many holes out here that I can take advantage of that some people can’t. Now, that doesn’t mean that I’m going to win or anything. You’ve still got to execute; you’ve still got to hit the driver straight.

“If I’m hitting the driver far but all over the place, you can’t make birdies from the rough. It’s very difficult to. So I still have to work on hitting it straight while hitting it far. And that’s a unique combo that I’m going to strive for for the rest of my life.”

If he gets it right for two more days it will be remembered for the rest of his life and beyond and could possibly be a watershed moment in the sport’s history.