SAINT-QUENTIN-EN-YVELINES, France – Bubba Watson’s week has gotten off to a much better start than it did the last time he was in France.

At the 2011 French Open, Watson was scrutinized when he struggled to describe his tour of Paris. “I don’t know the names of all the things, the big tower, Eiffel Tower, an arch (Arc de Triomphe), whatever I rode around in a circle,” he said at the time. “And then what’s that – it starts with an ‘L’ – Louvre, something like that. One of those.”

Watson also criticized tournament officials for failing to control fans and their use of cell phones.

Things have gone much smoother this week, even though Watson is feeling under the weather. He also said the criticism he received during the ’11 French Open was unfounded.

“It was sad that people wrote or took my comments or whatever I did, because I don’t really remember. It’s so long ago. But it was sad that they did that because I loved it. I’ve always loved it,” he said. “It was sad, but I learned from it.”

Watson, who seems likely to play with Webb Simpson in the team sessions, said the crowds have embraced him, with fans chanting “Boo-ba” during his practice round on Wednesday.

The bigger concern for Watson this week may be his health. Sounding hoarse and tired when he spoke to the media, he explained that he started to feel sick during last week’s Tour Championship, and he was still trying to recover.

“It’s a long year. We’re all tired,” Watson said. “You can tell, my voice, I’m exhausted. A lot of us were kind of getting sick, gosh, I don’t want to say not quite half the field had something, and then you know, traveling all the way over here, we’re all battling something.” 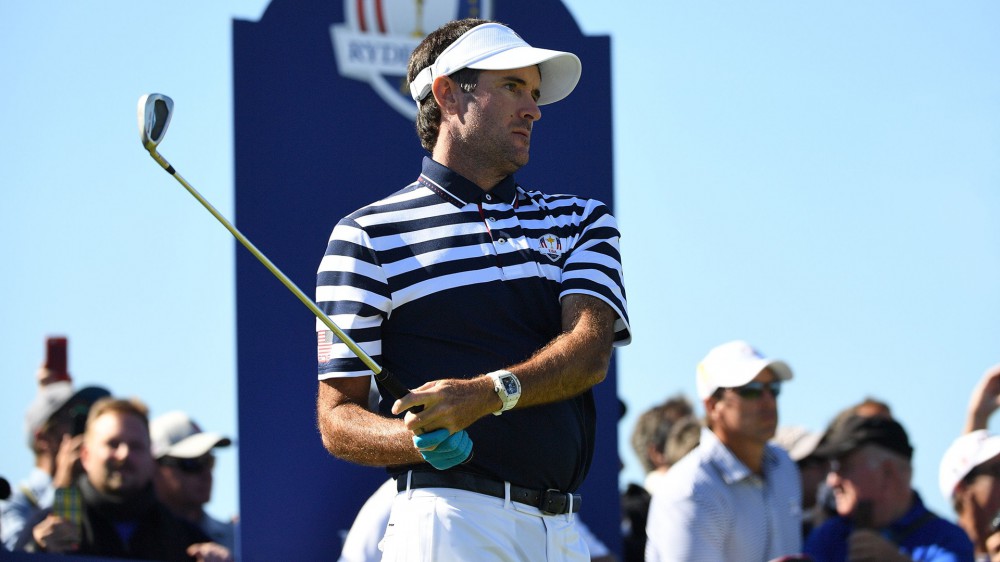 Team Woods off to fun, fast start at PNC Championship