Bubba Watson fired a final-round 63 to storm from six back and steal the Travelers Championship. Here’s how Bubba came from behind once again at TPC River Highlands.

What it means: This is Watson’s 12th PGA Tour win, his third of the season, and his third Travelers title. Watson picked up his first Tour victory at this event in 2010 – when he also came from six back – and won again in 2015 in a playoff victory over – guess who – Casey. Thinking he might need a round of 60 to scare the leader, Watson made eight birdies, the last of which came on the 72nd hole, giving him the outright lead by one. A short while later, Casey would bogey the 16th and 17th to end the drama and allow Bubba to breathe easy. With the win, Watson becomes the only Tour player to win three times this season. He moves to third in the FedExCup points race, behind two-time winners Justin Thomas and Dustin Johnson.

Round of the day: Cink’s round was a stroke better, but Bubba earns this title for winning the title. The left-hander made the turn in 2-under 33 and then ripped off five birdies on his back nine to take the clubhouse lead, which he wouldn’t relinquish.

Best of the rest: Cink looked as though he was going to record the second sub-60 round at the Travelers in the last three years. The 2009 champion golfer of the year played his first 10 holes in 7 under par on the par-70 layout. Cink added three more birdies but also added two bogeys to settle for 8-under 62, tying the round of the week. The 45-year-old has finished T-4 and T-2 in his last two starts.

Biggest disappointment: Casey (2-over 72) began the day up four and couldn’t close. Even par on his round through 15 holes, he missed a 4-footer for par on 16 and found the water off the tee at 17, ending his chances. The Englishman, who ended a nine-year Tour winless drought earlier this season at the Valspar, is now 1 for 4 with a 54-hole lead on the PGA Tour.

Shot of the day: Watson’s wedge from 77 yards at the 72nd hole, setting up his eighth and final birdie of the day.

Quote of the day: “That’s the best shot you ever hit.” – caddie Ted Scott to Bubba Watson on his approach at 18 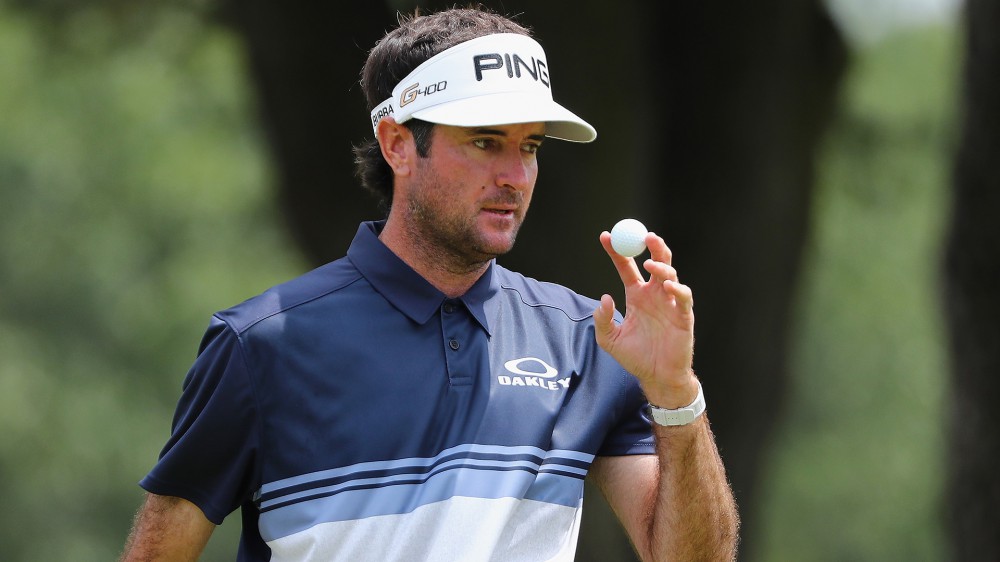