Fresh off a second-round 70 that has him in the mix at the Genesis Open, Bubba Watson made an appearance in the NBA Celebrity All-Star Game. And while his team ended up with the win, he probably won’t be quitting his day job anytime soon.

Watson finished with two points – on a pair of free throws – and he grabbed a few rebounds, but he also shot an air ball from the top of the key on his first field goal try and got another shot swatted into the stands by NBA Hall of Famer Tracy McGrady.

Angie Watson: 'If you go in the paint, you're in trouble.'@bubbawatson: pic.twitter.com/p5yHdkKmDi

Perhaps that’s why his wife Angie, who is a former professional basketball player, told Bubba to stay out of the paint.

@bubbawatson with the airball from just outside the free thrown line… cmon man! Wide open you gotta hit that!

@bubbawatson with 2 rebounds, I like his action in the paint. Really good at boxing out and connecting on long passes

They take @bubbawatson out of the game right after he gets stuffed, if he takes that undershirt off on the bench I guarantee he drops 25 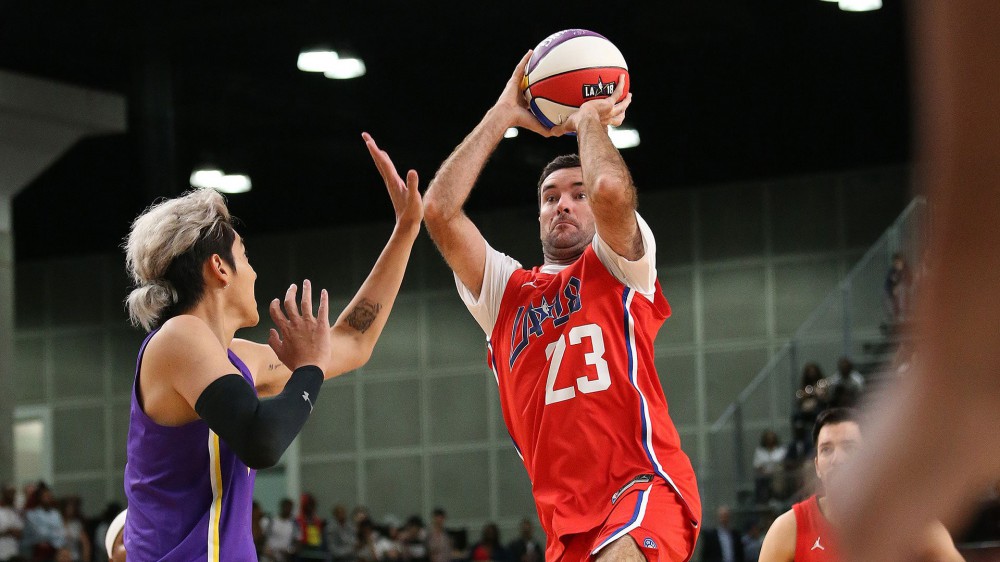