Bubba jokes: U.S. better without me as a player

SAINT-QUENTIN-EN-YVELINES, France – This is the fourth time Bubba Watson has played in a Ryder Cup. The U.S. is winless in his previous three apprearances. Of course, Watson was a vice captain two years ago in Hazeltine when the Americans actually won.

“I learned that the team is a lot better without me as a player,” Watson quipped Wednesday at Le Golf National. Watson sounded horribly, saying he was fighting an illness that he caught last week at East Lake during the Tour Championship.

While is certainly better off with the 14th-ranked player in the world who has won three times this year, Watson’s 3-8-0 record has leaves a little to be desired. In his last appearance, in 2014 at Gleneagles, he went 0-3-0 and was the only American who didn’t earn any points.

Having been a vice captain two years ago helped give him perspective as a player.

“If you’re like me, with a few meds in you right now trying to get healthy, it doesn’t help the captain. If I say I don’t have any energy, now that guy that I’ve been practicing with is now like, ‘Well, who am I going to get paired with?’ So you’re hurting the captain or the team that way.

Watson, 39, is a combined 2-2 while playing in Ryder Cup matches with Webb Simpson. Simpson is the only member of this U.S. team that Watson has played with in the past. 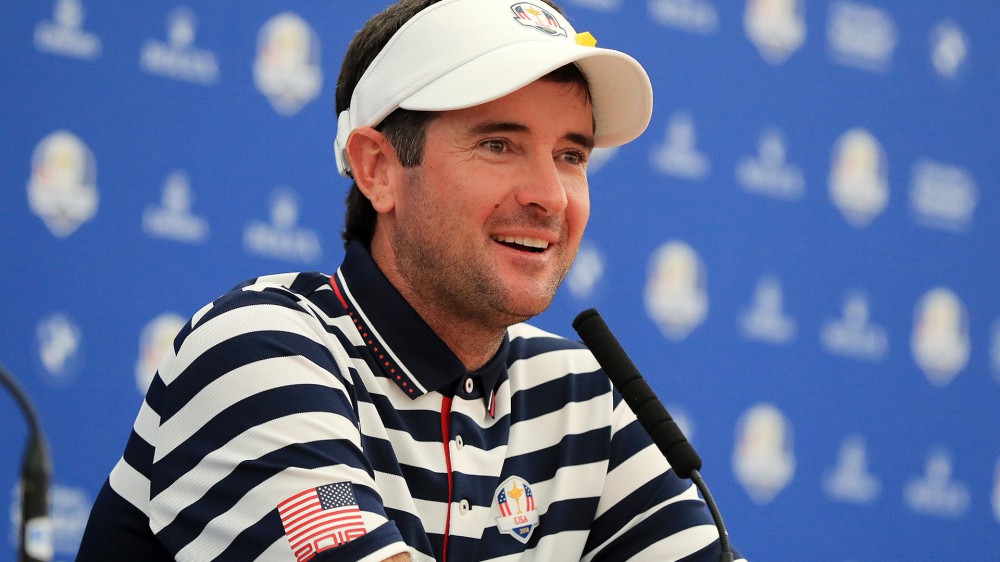