CROMWELL, Conn. – Perhaps moreso than at most PGA Tour venues, a low score is never really out of reach at TPC River Highlands. Positioned as a welcome change of pace after the U.S. Open, the Travelers Championship offers a lush layout that often pushes the balance much closer to reward than risk.

This is where Jim Furyk shot a 58 on the par-70 layout two years ago – and he didn’t even win that week. So even though Paul Casey enters the final round with a commanding four-shot lead, there’s still plenty of hope for the chase pack that something special could be in store.

Count Bubba Watson among the group who still believe the title is up for grabs – even if it might require a Herculean effort, even by his standards.

Watson has won the Travelers twice, including in a 2015 playoff over Casey. But starting the final round in a large tie for sixth at 10 under, six shots behind Casey, he estimates that he’ll need to flirt with golf’s magic number to give the Englishman something to worry about.

“My 7 under yesterday, I need to do better than that. I’m going to have to get to like 10 [under],” Watson said. “The only beauty is, getting out in front, you have a chance to put a number up and maybe scare them. But to scare them, you’re going to have to shoot 10 under at worst, where I’m at anyway.”

Watson started the third round three shots off the lead, and he made an early move with birdies on Nos. 1 and 2 en route to an outward 32. The southpaw couldn’t sustain that momentum, as bogeys on Nos. 16 and 17 turned a potential 65 into a relatively disappointing 67.

“Bad decision on the par-3, and then a very tough tee shot for me on 17, and it just creeped into the bunker,” Watson said. “Just, that’s golf. You have mistakes every once in a while.” 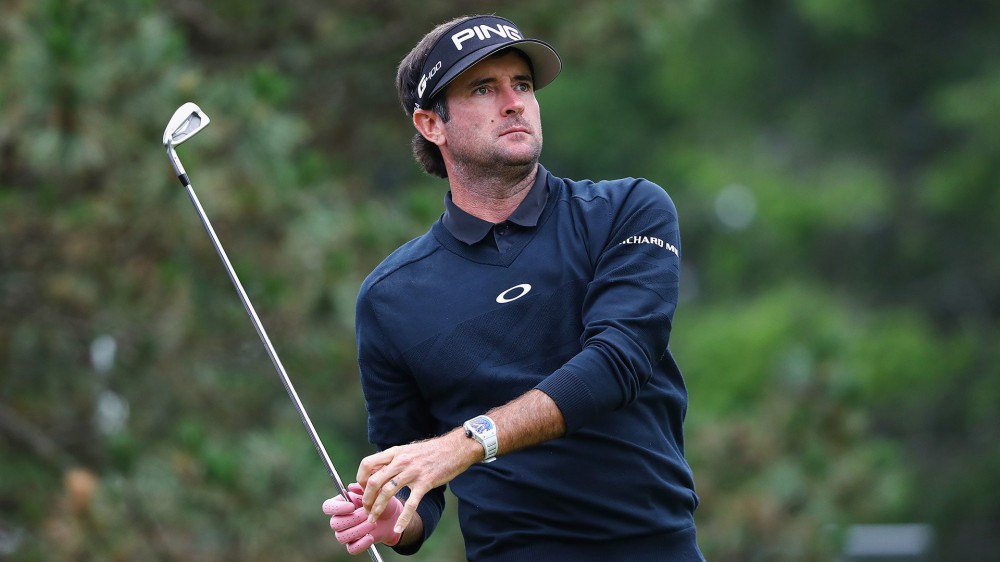 DJ hits 489-yard drive, but it doesn't count for history