Life as a pro golfer has not been a steady ascent for Bronson Burgoon, and he’ll be the first to tell you.

After holing out one of the most famous shots in college golf to help Texas A&M win the 2009 national title, Burgoon needed five more years to make it to full-time Web.com Tour status. He earned a PGA Tour card for the first time in 2016, but quickly earned a return trip to the developmental circuit.

“I wasn’t very good a few years ago. I wasn’t ready to win, I wasn’t able to win,” Burgoon told reporters at the CIMB Classic. “Last year I feel like I banged on the door a couple times. Last year I was close, but definitely needed to get a little bit better.”

Burgoon appeared in line for more of the same last year before turning things around over the summer. A T-6 finish at the Quicken Loans National, where he played the final round alongside Tiger Woods, earned him a spot at The Open. A runner-up at the John Deere Classic soon followed.

Thanks in large part to a timely T-11 finish at the first playoff event, Burgoon went from worrying about keeping his card to earning a spot in this week’s limited field in Malaysia, where 78 players are teeing it up in a no-cut event. And after one round, they’re all chasing Burgoon, who vaulted into the lead with a 9-under 63 at TPC Kuala Lumpur.

“It was boring golf, but that’s always a good thing,” Burgoon said. “I chipped in for eagle out of the bunker on my ninth hole, which kind of boosted me, then I kept going.”

Burgoon admitted that he was “pretty rusty” at last week’s season-opening Safeway Open, where he tied for 53rd. But he managed to sneak into Wednesday’s pro-am field after a long flight to Malaysia and felt things starting to click. Now he’s at the top of a leaderboard that includes the likes of Justin Thomas and Louis Oosthuizen, hoping to turn an unexpected opportunity into a breakthrough win.

“I just want to be in contention coming into Sundays,” Burgoon said. “The more times I can knock on that door, the better. Really try to get my first win, which would be great.” 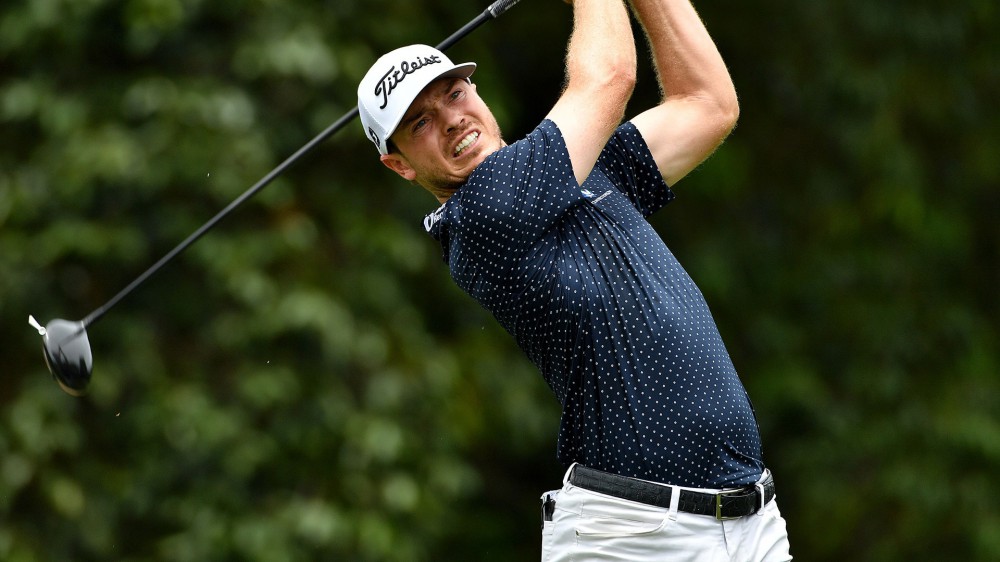