Caddies lining up players for the final time on LPGA

If you’re an LPGA fan and never liked seeing caddies line up players before a shot or putt, you can rejoice.

This week’s season-ending CME Group Tour Championship marks the last time you will have to endure it.

When the LPGA resumes play in its season opener at the Diamond Resort Tournament of Championship next January, the new Rules of Golf forbidding caddies from aligning players will be in effect.

Brittany Lincicome is one of the biggest stars still relying on her caddie to line her up, and she’ll be following that practice to the bitter end this week, with Missy Pederson making sure she’s aimed correctly.

“We are definitely going to play with her lining me up and then figure it out next year,” Lincicome said.

How difficult will it be abandoning the practice?

“Everything is going to be all right,” Lincicome said. “I can do it on my own.”

Lincicome says Pederson doesn’t call her off shots to realign her anyway.

So why do it? For most players like Lincicome, it’s just reassurance. If the rules allow it, why not make sure? For Lincicome, it also has become part of her pre-shot routine.

“It’s really more like a trigger,” Pederson said. “It’s something she will just have to re-establish for next year. I don’t foresee it being a problem. She plays off weeks and in the off season without me lining her up, and she’s fine.”

Lincicome was irritated when she first learned of the rule change, mostly because it was sold as a way to speed the pace of play. Lincicome is one of the fastest players on tour.

Lydia Ko has relied on a caddie lining her up since her junior days, but she doesn’t see abandoning the practice next year as an issue, either.

“It’s more a confidence thing,” Ko said. “I think 99.9 percent of the time, I am aligned where I want to be, but just knowing for sure gives you confidence to go up and rip it. Confidence is such a huge key in golf. 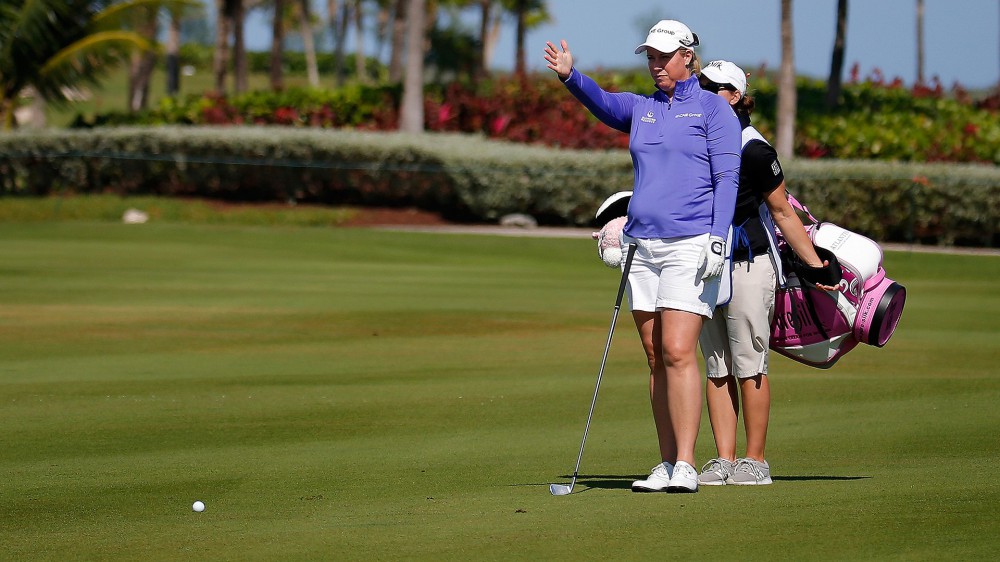