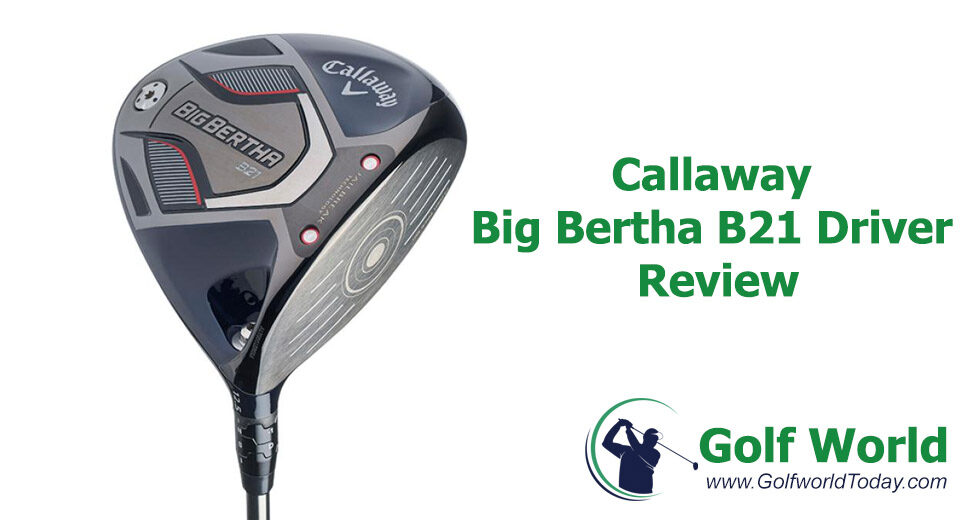 Callaway Big Bertha B21 Driver Review – When I was a kid, the Callaway Big Bertha was THE driver to have. Everyone wanted the Warbird and then later the Great Big Bertha, because the range really seemed to be pioneering new driver technology with every release.They were the first drivers to have the much larger head size which we are now all used to, and they seemed to really be aimed at a performance-enhancing experience, with the size of the face and head adding confidence every time you stepped onto the tee. 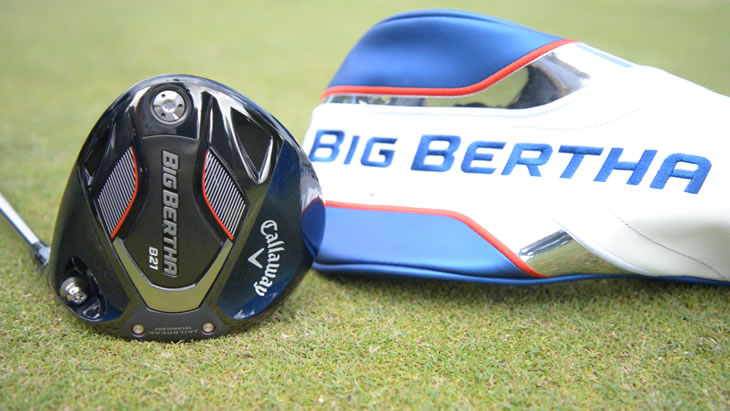 Reinventing the Big Bertha range is looking like a wise move this year, as golf is currently undergoing a boom following 3 months of lockdown and so a range of clubs which are aimed at beginners or golfers returning to the game is bound to appeal to plenty of people.

The new Big Bertha B21 Driver is aimed at golfers who slice the ball and generate high spin due to an open club face, and hitting down on the ball. In order to correct this, Callaway has introduced technology which helps to encourage more of a draw shape whilst also lowering spin for longer, straighter shots.

The Driver is price at £449, which is pretty high for a ‘game-improvement’ club aimed at higher handicappers, but the B21 Driver is packed with many of the same technologies as the fantastic Mavrik Driver which perhaps goes some way to explaining it.

In order to create that high launch, low spin flight that golfers crave, Callaway have moved the CG further forward and lower in the head in what they are calling a ‘new formula for distance’ that is said to produce straighter, more consistent results.

The large head is also shaped in a way so as to inspire confidence as well as adding internal draw bias weighting for a straighter, longer ball flight.

The new AI designed Flash Face SS21 is designed to promote faster ball speeds right across the face to make it more forgiving on mishits.

Jailbreak Technology, which has been around for a few years now, consists of two internal, vertical bars which connect the sole and the crown to provide extra reinforcement and improve ball speeds.

The new, lightweight T2C Triaxial Carbon Crown allows weight to be redistributed elsewhere in the head for improved forgiveness.

In order to find out just how forgiving this driver is, and whether it can finally get rid of your dreaded slice once and for all, I headed to LSH Auto in Stockport to use the Trackman 4 launch monitor.

I compared the B21 to the Callaway Mavrik Driver I reviewed earlier in the year, before heading out to Houldsworth Golf Club to test the driver on the course alongside the Mavrik to see whether it could really help you find more fairways.

To be honest, I was expecting this driver to look like a frying pan as looks are often sacrificed for performance at this end of the equipment market. How wrong was I?!

This is a great looking club and colour-wise, the blue, red and grey combination is classy and much better than the black and orange of the Mavrik.

Now for the bit you all want to know… just how bad is the offset?

Well obviously it is there, but the shape of the head and face, as well as the colour scheme, actually help to hide this pretty effectively. Lots of golfers who use this driver will be unaware of what offset is and why better players dislike it, so I don’t think it’s as big of an issue as is often made out. Plus if you know that it’s going to help you, it shouldn’t bother you!

Looking down at the club gives you great confidence and it definitely doesn’t feel like you’re using a lesser product than the Mavrik, for example. It’s a premium finish and this is reflected in the feel too, as it felt extremely stable through the hitting zone and also sounded good considering the bigger shape.

As a draw is my natural ball flight I was expecting that my testing would result in my shots finishing to the left of target due to the draw bias on this driver, and it did. I didn’t have one shot which was lost to the right of the driving range line but this is exactly what Callaway want, and will be just what plenty of golfers are hoping for after years of trampling through the trees down the right side after yet another slice.

In terms of distance it was pretty much level with Mavrik, with a good hit with both getting out to 218 yards carry. There was also one mishit in there with the B21 which was down at 190 carry and so that probably explained the marginal difference between the two drivers. Basically, when it comes down to distance there’s nothing in it.

I caught one which I thought was going to miss right but when I looked up it had gone much straighter than I thought, and as you can see from the dispersion the bias was always falling towards the left of target which was expected but still reassuring.

I also tried to hit the ball in various position on the faces to test the forgiveness and overall the B21 performed better than the Mavrik when being hit out of the toe, heel and bottom of the club, as you can see here…

Knowing you can stand on the tee and hit this club pretty much as hard as you like with only one miss is a positive for me, as the right side of the course just wasn’t in play which allows you to plan for your bad shot. If you’re somebody who isn’t confident with the driver because you just don’t have a clue where it’s going to go, this could really help you out.

On the 15th hole, which is a right-to-left dog leg, this club was fantastic as it really did help me to shape the ball around the corner and cut off some of the hole without having to worry about blocking it out right and leaving myself a much longer approach.

The shaft is nice and lightweight so I felt that I could swing it quite quickly once I had warmed up, and for golfers with slower swing speeds this could be a great way to gain a few extra yards easily.

The only problem I really found was when I was hitting into the wind, as the ball did seem to launch quite high and spinny and so it was affected more by the wind than I’d have hoped.

Overall on the course and at the range, the Big Bertha B21 performed well and the ball flight and numbers produced were pretty consistent and expected throughout, so Callaway seem to be living up to their claims. I was impressed to see that the performance was very similar to the Mavrik, and I actually thought that it was a little more forgiving too.

One thing to remember here is that I produce pretty neutral numbers with my driver and I naturally hit a small draw, so this was always going to exaggerate that a little bit. If you really struggle with an ‘over the top’ move and hit a big slice then this isn’t going to help you instantly start hitting big swooping draws, but it should certainly help calm that sideways spin down.

This club is great, but at £449 I think that is a lot of money for the market Callaway suggest it is aimed at. Lots of beginners that I teach have that kind of budget for a whole bag of clubs, not just the driver! You can now get a Mavrik Max Driver, which is also a draw-biased club, for around the same price so it’s certainly worth testing both out if possible.

Callaway say this club is aimed at beginners and higher handicaps, but I would also add golfers who play sporadically too. 90% of the people I teach struggle with the slice or push shot, so I can see why these draw biased clubs are so popular.

I teach all ranges of ability so there is no reason why a 10 handicap can’t use this driver if they want something to control their ball flight and perhaps want to pick up a bit of swing speed too.

It was more appealing than I thought it was going to be, and I was impressed with the forgiveness too, but as someone who draws the ball and doesn’t struggle to hit it high, then I don’t think this club is for me. Although I don’t think it was ever intended to be!