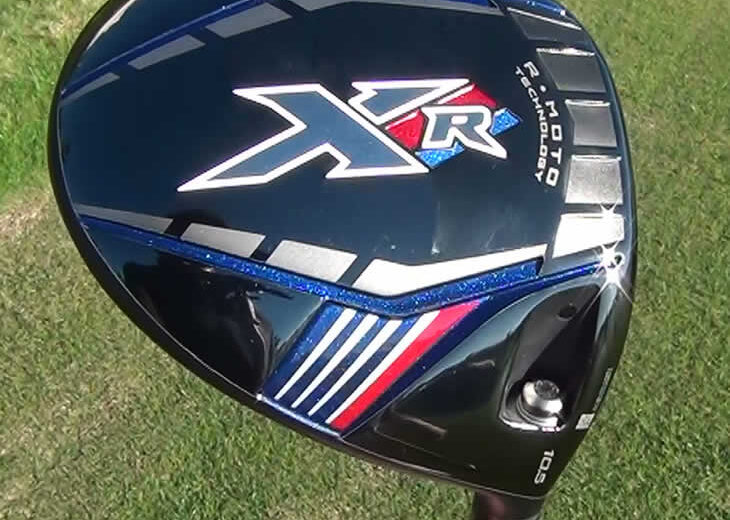 Callaway XR Driver Review – The Callaway XR driver replaces the very successful X2 Hot driver and it has a lot to live up to as the previous model was one of the best selling drivers in the market.

Unlike the last few drivers Callaway has released, the XR has no gravity core, no moveable weights or any other Centre of Gravity (CG) moving technology. Apparently it is just built for “outrageous speed” and the “race inspired” graphics certainly look like someone in the design team is a BMW M sport fan. 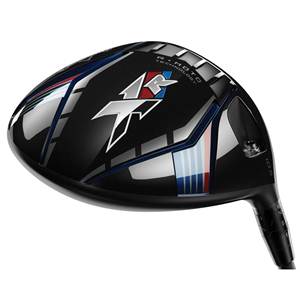 Despite, or maybe because of this slimmed down approach, the X2 Hot was a driver for all golfers from Tour Pro’s to mid handicappers and the XR driver successfully follows in its footsteps.

The only concession to adjustability is the usual Callaway Optifit adjustable hosel that enables you to change the loft across a range of 3° and two different face angles.

As I have mentioned before in Callaway reviews you need to get the right initial loft as if you want 10° then you need to come up 1° from the 9° head as you can’t get there by coming down from the 10.5° head.

The speed freak claims are all down to two tried and trusted technologies and one new feature that combine with the tighter manufacturing tolerances to maximise the ball speed through the face.

Firstly you have the R MOTO face design that was first introduced on the Callaway Big Bertha Alpha 815 driver. Effectively this allows the face to flex more at impact and enables weight that is removed from between the ribs to be useful elsewhere the head.

The effect of this, amongst other things is to reduce backspin by around 277rpm, increase the size of the sweet spot by 16% and the Moment of Inertia (MOI) by 9%.

Secondly, within the club, an improved internal standing wave helps lower the CG as well as moving weight closer to the front of the club to increase ball speed. This is effectively a ridge of metal on the inside of the sole and the extra energy this provides works with the R MOTO face to create all that extra ball speed.

Finally, the new feature you can see is the Speed Step Crown where a double ridge is embossed from the inside of the head to help reduce turbulence and get it moving faster through the air.

During a launch briefing from Callaway I was shown video of the speed step moving through one of these wind chambers and the pattern of air flow changed markedly, particularly over the toe section of the crown.

So does it all work? Callaway claim it is 2.3 mph faster than the X2 Hot driver, which would probably add another 5-10 yards for most mortals, and it certainly felt pretty powerful at impact.

On Trackman at a Callaway fitting session the ball spin was around 300-400 rpm more than the Big Bertha Alpha 815 I reviewed recently, which was to be expected. Overall for me and my 100mph swing speed, it was spinning in the mid 2000’s which is still good.

At address it sat very well and had the classic Callaway look, if you know what I mean. The Speed Step Crown is visible and frames the Callaway chevron alignment aid and I think it looks pretty good.

The sound was also traditional Callaway, with a lovely zing at impact and really good feel. It actually felt very light to swing and that is due in part to the standard 46 inch, 50g Project X LZ50 shaft.

This is a really good shaft and I was pleased to see a nice dark finish to it as well. It is also a long shaft, but if you go and get fitted by Callaway then there is a wide choice of shaft types and lengths available at no extra charge, which is good to see.

My favourite thing about the Callaway XR driver is that it is plug and play. Just get the right loft and swing, because it takes over and does the rest thanks to a very forgiving face that looks and sounds great. The retro headcover looks pretty good too.

There is also a XR Pro model with a smaller 440cc, lower spinning head, but I think golfers of all levels should look at the standard model because it does seem to cover a lot of bases.

With a price that is very competitive for a premium driver and eerily similar to a couple of other aerodynamically finned, adjustable drivers from Ping and TaylorMade, 2015 seems set for a heavyweight showdown of light drivers that all claim a speed advantage.

The Callaway XR is a real contender and I want a front row ticket for this bout, because it is too close to call.