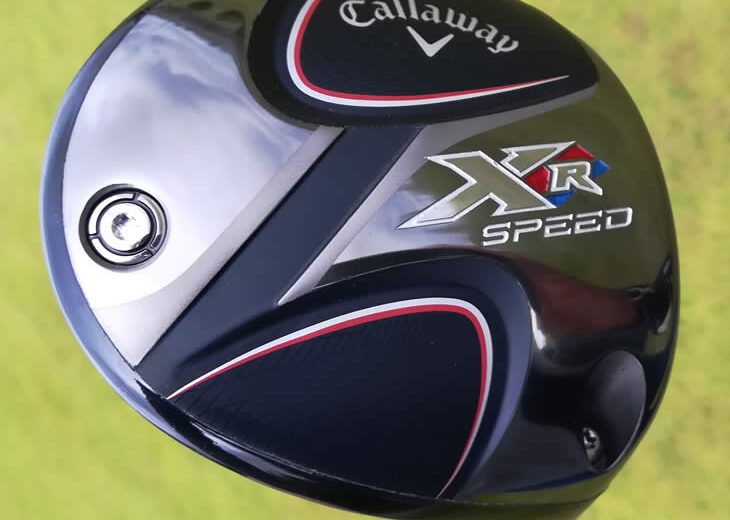 Callaway XR Speed Driver Review – This is going to be an interesting review for many reasons, but principally because Callaway has positioned the XR Speed driver as the fastest non-Jailbreak in the market, so in theory it’s not quite as fast as the Epic or Rogue drivers. 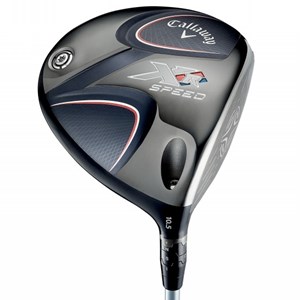 So why would you launch a driver that you say is not quite as good as the last one you launched 4 months ago?

The XR Speed driver RRP of £339 is £160 less than the Rogue driver and that makes it one of the cheapest drivers from a major brand and right in the gap created by all the driver prices heading north over £400 the last couple of years, with the exception of the TaylorMade M4 and the Ping G400 Max.

The tactical market rationale behind the XR Speed is reinforced by the fact that it is only available in the UK and Europe and not the USA, so maybe there could be some imports going the other way in future.

So why is it cheaper? Well, there are no Jailbreak bars in the head so that makes manufacturing simpler and in some ways Callaway are re-using previous design and technology to create almost a ‘greatest hits’ driver.

Nominally the XR Speed replaces the all titanium Callaway XR 16 driver and the metal crown has been replaced with a carbon composite version that is 45% lighter and has a nice look to it at the back of the head.

This lowers the CG and aims to make the XR Speed more forgiving. The head is also set up with a slight draw bias to help with this, but it is pretty subtle so don’t worry about it sending everything sharp left.

The X-Face VFT face is titanium and is lighter and thinner than the last version and apparently the ‘hottest face Callaway has designed’, so in the Rogue face should we assume that it is Jailbreak that is making up the difference…?

The crown still features the same Speed Step device, although it is back to being the same V shape as the Epic rather than the single line of the Rogue.

The XR Speed also comes with the excellent Project X HZRDUS shaft, a version of which was in the Epic driver and is light, stable and a great addition to this club.

So that’s why it is cheaper, but do you get more bang for your buck or proportionately less? Well, a bit of both and this is the fine line Callaway has to tread here between trying to be better than the rest, but not quite as good as Rogue.

Taking XR 16, XR Speed and Rogue on GC2 with Titleist Pro V1x balls I played around with the lofts and shafts and basically this is what I surmised.

The XR Speed felt lighter than the other two models to swing thanks to that shaft and the lower CG. Using the stock shafts in each club, it also launches higher with more spin so it seems to be targeted at those that need help with launch and speed.

I probably preferred the sound of the XR 16 as it gave off a little ‘zing’ sound if you caught it well, whereas the XR Speed sounded a bit more mainstream against both the other models, but in a good way.

The Rogue did seem to create a little more ball speed in most circumstances but it was shaft and swing dependent. Callaway claim the Rogue should be 1 to 1.5 mph faster on average across the face than the XR Speed, so the difference is only going to be around 3-5 yards. As far as I could tell, differences in distance were down more to launch and spin than ball speed.

As with all Callaway drivers, the XR Speed comes with an adjustable hosel and two head choices of 9° and 10.5° so I was able to play around with the lofts and indirectly the lies, to get it to out perform my optimised XR 16 when the XR Speed was at 9° as that cut down the spin, whilst keeping the launch up.

Trying to create a level playing field for testing the heads using my personal Callaway favourite of the Epic HZRDUS shaft gave similar ball speed numbers and it was the Rogue head that came out on top as the spin/launch combo gave the most carry.

However, that is not the stock shaft in the Rogue so I am sure you could get the XR Speed or XR 16 pretty close, or maybe even past, the others with the right shaft if the launch conditions were correct. It just shows you how important fitting can be, not only for loft, but also for shaft and type of head and it is really getting the right combination of all three that will maximise your results.

I probably prefer the shape and finish of the XR Speed at address to the XR 16 and the Rogue as it is less elongated at the back.

The sole features the modern Hawkeye sole that returned in the Steelhead XR fairway and it is good to see it back, together with that lovely blue colour scheme, so maybe they saved a little on the design budget too.

So is the XR Speed the one to go for over the Rogue? Maybe.

Some may be tempted to look at this as a price decision and they would not necessarily be wrong, but it also might be an image thing too.

The driver decision can involve a bit of emotion as you might want to appear on the tee with the latest, greatest, most expensive piece of titanium bling to blitz the ball into the distance from your chosen brand because it makes you feel good about yourself as well. The latest, maybe not quite the greatest, mid-market price point driver might not send out the same message.

However I would park the ego and be less swayed by the price and more by the performance for you, as the XR Speed is really a higher spinning and launching driver than the Rogue and XR 16 that also feels a bit lighter.

That is not to say that high swing speed or better players won’t suit it as they could, but you need to get fitted properly against the Rogue to get the right shaft and loft for the XR Speed as the performance could end up being quite close.

Then you just have to decide who you want to commit to for your golfing life and how much you want to pay for the wedding.