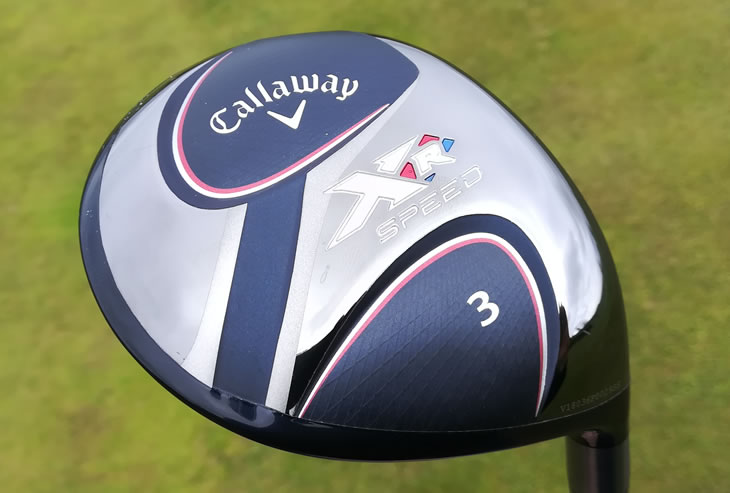 Like the driver, it also has no Jailbreak bars joining the sole and crown and instead is an all steel head that features the revived Hawkeye sole that returned with the retro Callaway Steelhead XR fairway 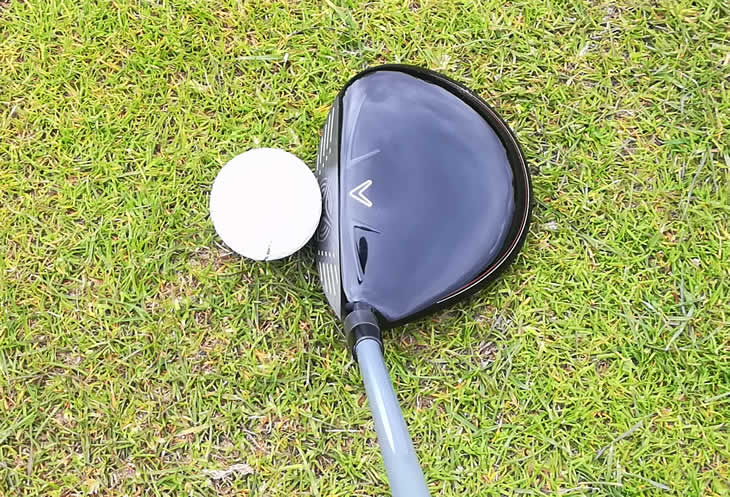 This cambered sole is one of the best for being versatile and adjusting to the contours of the fairway whatever the lie, so it is good to see it being continued.

The face is relatively shallow to make it forgiving and easy to launch and incorporates Callaway’s latest Next-Gen Hyper Speed Face Cup to maximise ball speed.

It’s a shame that the old Steelhead groove pattern that returned on the Steelhead XR does not continue on the XR Speed as it is a classic look.

At address the XR Speed has a more rounded profile than the Rogue and the Steelhead XR and the larger head should inspire a lot of confidence.

The crown has what Callaway say is a ‘refined’ Speed Step device to assist with airflow and it is different to the Rogue version, but pretty similar to the previous Steelhead XR so I doubt there is much difference to the club head speed over the previous models, especially given the head size.

Out on the course the XR Speed felt nice and light to use and launched the ball very easily with a slightly higher flight than usual.

It comes with a premium Project X HZRDUS shaft that matches the blue colour scheme and adds to the light feel of the club and the performance.

Like the other Callaway fairways mentioned, the XR Speed has a fixed hosel so I had to test this on GC2 with the stock shaft using Titleist Pro V1x balls.

Compared to the Steelhead XR, the XR Speed was going further, not only because it felt lighter, but also because it had a slightly higher ball speed and higher launch with less spin.

It may be going a little too high for faster swing speed players, but the ease of use means that they should definitely try it out.

By comparison the Rogue fairway review shows that it was launching lower with a more average peak height and a little extra spin.

Rather than the £40 cheaper price tag, this is really the main difference between the XR Speed and the Rogue because they will deliver different flights and levels of forgiveness.

The XR Speed is more of an all-rounder and looks and feels like some of the better fairways from the Callaway archive, of which there are many.

It is also competitively priced against the fixed hosel fairway competition so if the performance suits your game then the XR Speed is going to be a great choice for a lot of golfers.