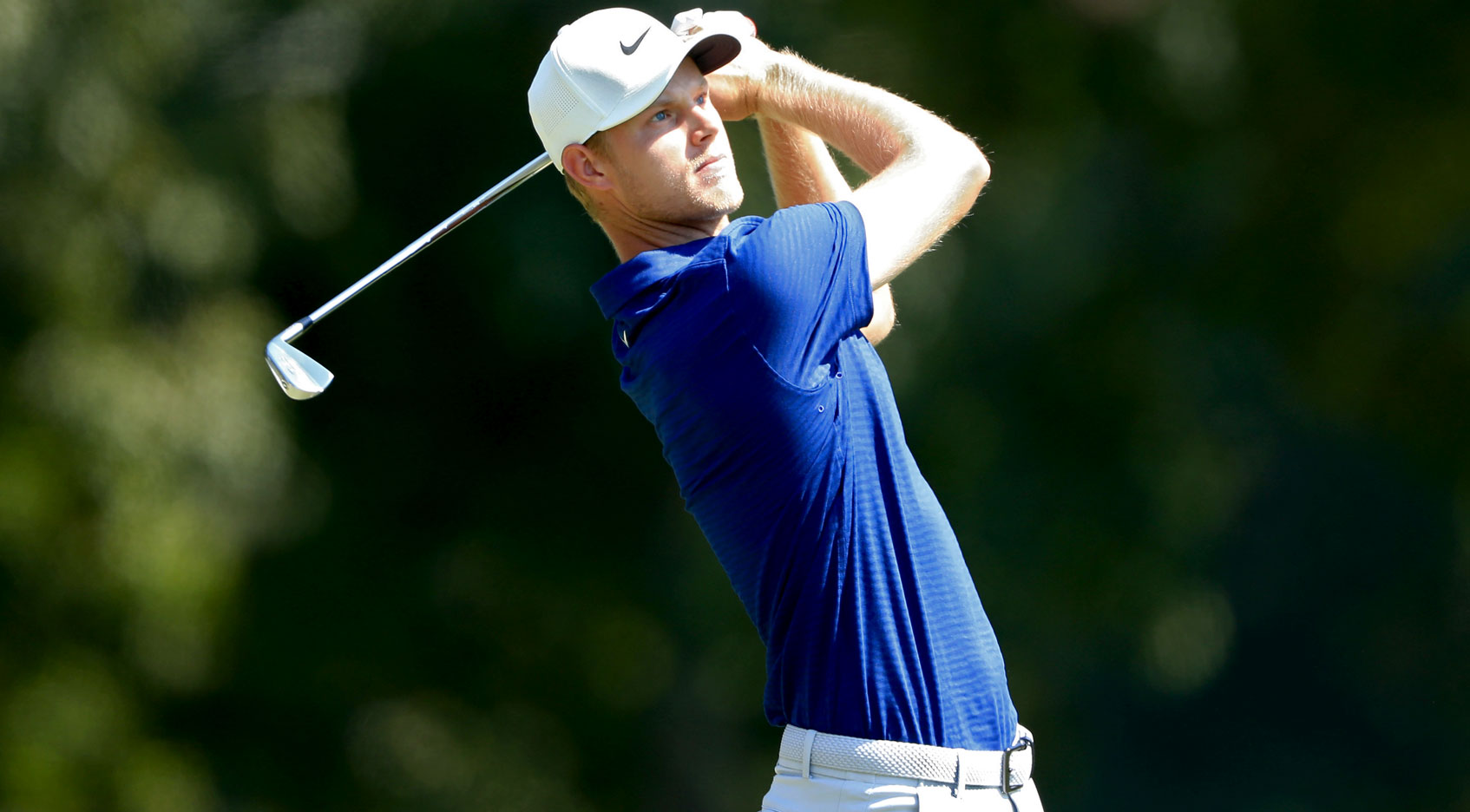 Garcia is putting with his eyes closed in an effort to revive his career. A 10-time TOUR winner, he hasn’t won since the 2017 Masters. He’s fallen out of the world top 50 and is coming off a season in which he recorded just one top-25 finish, a T5 at the RBC Heritage, in 12 starts.

To put that in perspective, he had never recorded fewer than four top-25s in 21 previous TOUR seasons, and he missed the Playoffs for just the second time in the FedExCup era.

“Obviously Sunday it’s always a little bit more difficult,” said Garcia, who is making his first start at the Sanderson, “but I’ve got to go out there and go through the same routine and just go with it, even if you stumble a little bit early on or something like that, just believe that what you’re doing is right, and that’s what I’m going to try to do.”

The no-look putting is working; he’s gaining over a stroke on the field on the greens.

Eight players are within two shots of the lead.

Kristoffer Ventura (68, 13 under, one back) is 11 for 11 in shooting par or better rounds this season, and also would be a first-time winner. He’s tied with 2012 FedExCup champion Brandt Snedeker (67), who is 11 under for his last 36 holes and seeking his 10th victory.

“Probably as excited and confident as I’ve been about my golf game in a long time,” Snedeker said. “I’m talking years. I’m really excited to see how it holds up tomorrow.”

No player, though, will go into Sunday with as much momentum as Davis. After buying a home in his U.S. base of Seattle earlier this year, he and longtime girlfriend Jonika Melcher got married on Sept. 5. Now he’s flattening out the peaks and valleys of his career. His 63 was the lowest round of his TOUR career and was just one off the tournament course record.

In retrospect, winning the Australian Open win at 22 may have been a mixed blessing. He announced himself as a force to be reckoned with, beating stars like Jason Day and Jordan Spieth, but the flip side was he had created huge expectations and struggled to meet them.

“I felt like I tried way too hard,” he said. “But I knew I had enough game to be out here, and this last season (while finishing 84th in the FedExCup, I knew it) a lot more. … I feel like I can compete out here. It’s just putting four rounds together for me now.”

Having experimented with the driver the first two rounds, Davis went back to a stock shot and improved Saturday, hitting 10 of 14 fairways. He missed just two greens, saving par both times, and needed just 26 putts. As for the streak of six first-time winners, he said, “I don’t know why it’s come down to every single one being a first-timer, but hopefully there’s another one.”

There’s still plenty of work left to do.