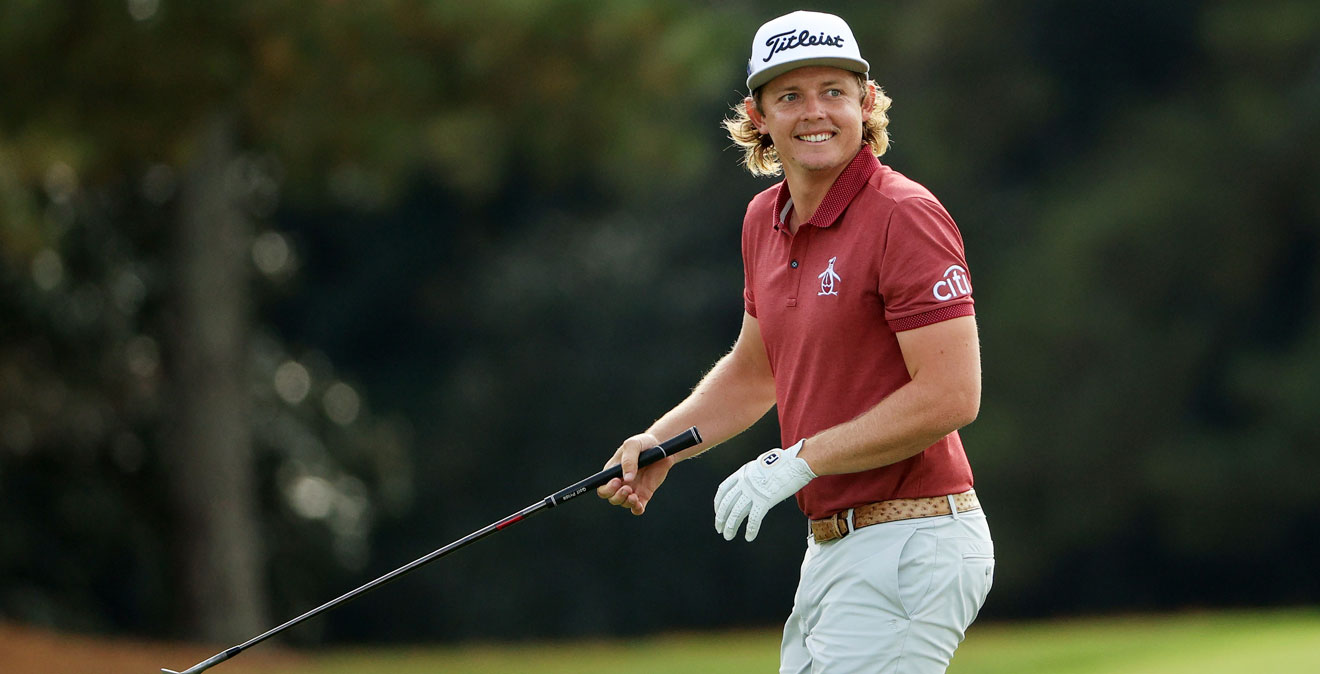 “Ever since he started on the PGA TOUR, I have been following his progress. When I got to meet him, I found him to be a very laid-back type of fella. A typical Queensland kid who loves his sport. Of course, we got on.”

On that occasion the pair hit a few shots on the range for local news cameras and passed the football around. The occasion drew Smith, the golfer, out of his shell. He displayed the cheeky personality that isn’t often on display in public. Smith, the rugby league player, says he can understand why the golfer may seem quiet and shy to his PGA TOUR peers. Leaving Queensland can be a shock.

Those from Australia’s northeastern state find joy in simple pleasures and enduring friendships. They’re not enticed by bright lights and fame. And there is most definitely an underdog spirit.

New South Wales has Sydney. Victoria has Melbourne. Those two cities are Australia’s equivalent of New York and Los Angeles. Queensland has Brisbane, which can be compared to Birmingham, Alabama, a big, friendly country town (but with Hawaii style beaches).

“The first couple of years being away from home were the most difficult of my career,” says Smith, the rugby league player, who played Australian Rules Football in Melbourne. “Making the move, it’s a shock to the system. And my move wasn’t as significant as Cam’s was. I was only moving two states away, but it was like another world.

“The way people dress and talk and the way they interact is very different to Queensland. The lifestyle is very different, and it takes time to adjust to that and you probably don’t offer your full self to other people because you are trying to fit in a little bit to the people around you rather than being yourself and being a bit of an outcast. I’d imagine it’s similar for Cam in the U.S.”

There’s no doubt Smith, the golfer, would live in Queensland if not for the transcontinental commute. In his spare time, he’d hang with his mates at the pub, race cars, go fishing and hunt for the best coffee in town. But it’s hard enough to take on the best golfers in the world without adding 15-hour flights to the mix. So, he lives in Ponte Vedra, Florida, instead.

His friendship circle is small, but tight. You often see Smith, the golfer, with fellow Australians and New Zealanders, like his caddie Sam Pinfold, or the odd European like Jonas Blixt with whom he paired up with to win his first TOUR title at the 2017 Zurich Classic of New Orleans. One of his best mates from home moved to Ponte Vedra to be a personal assistant of sorts.

Smith, the golfer, does have a long-term girlfriend who is American, and many friends who are American. But he opens up quicker to those who understand his self-deprecating and stinging humor and who aren’t looking for too much attention.

Smith is a throwback, a millennial straight out of the 1970s. Hence the mullet he started growing after he saw National Rugby league players growing similar ones last year.

“Queenslanders, and most Australians, are pretty good at bringing people back down to earth if you get a little bit full yourself,” Smith, the golfer, says.

Smith doesn’t need to be reined in. No matter how many zeros get added to his bank account – he won $2.4 million on the course last season, not including the bonus for finishing 24th in the FedExCup — he remains the same knockabout bloke from Brisbane. This Christmas, he paid off his father’s mortgage as an expression of gratitude.

Des, a scratch golfer, introduced his son to the game at a young age. He was in the printing business, which meant his shift was over when school let out. Smith beat his dad for the first time when he was 12 but Des says he knew from age 6 the boy could be a professional. “He flushed every shot,” his father remembers. But Des didn’t force the issue, except suggesting he might want to give up the contact sport of rugby league. He did, but he still is a fan of the sport. His dog, Walter, is named after another Queensland rugby league idol, Wally Lewis.

“He used to like the attack (offense) part of rugby league but let’s just say he was a bit of a grabber in defense. He didn’t use his shoulder much,” Des chuckles. “So I told him it might be time to choose golf or league because the way you’re defending you’re likely to get hurt.”

Smith, the rugby league player, says Des and his wife deserve a lot of credit for the man they’ve raised.

“Queensland attitudes, it’s part of upbringing to be honest. You learn that from your parents,” Smith, the rugby league player, says. “It’s just all about humility and while I don’t have anything against people self-promoting and enjoying their success, because we all have to enjoy our success, we just do it in different ways.”