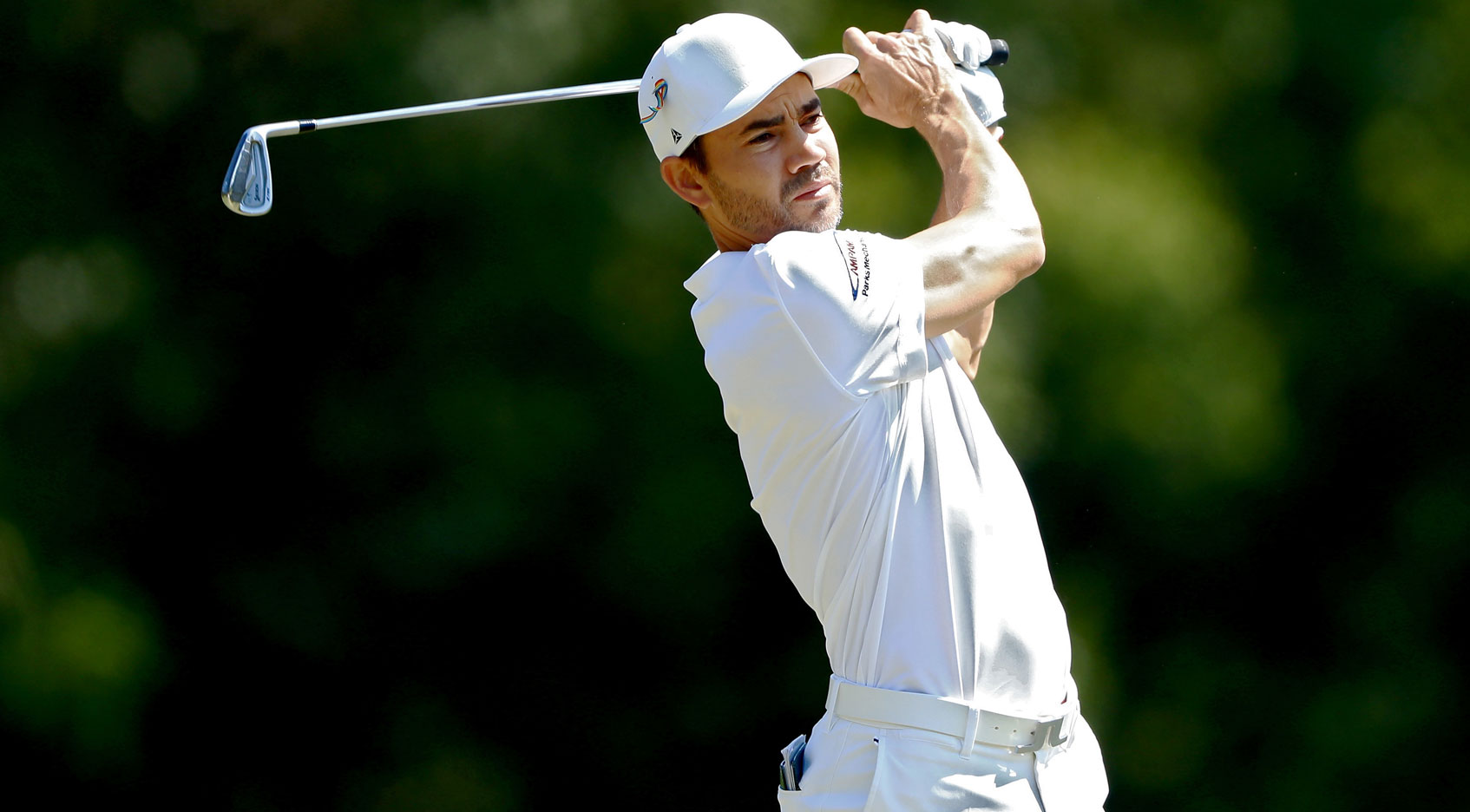 ST. SIMONS ISLAND, Ga. – Camilo Villegas was dressed in all white on Friday. The only dash of color on his outfit was the rainbow ribbon attached to his hat. That rainbow has been there for months, as a tribute to his late daughter, Mia.

RELATED: How the Villegas family has kept their daughter’s memory alive

She loved rainbows. Villegas saw one while warming up for the first round of this week’s The RSM Classic. “I start thinking about Mia and said, ‘Hey, let’s have a good one,’” he said Thursday. He has.

Villegas is in second place, just two shots off the lead, at the tournament’s halfway point. The four-time TOUR winner set a personal best with his 12-under 130 (64-66).

Villegas is the sentimental favorite this week. How could he not be? A win so soon after an unspeakable tragedy would be an inspiration in the midst of this trying year. Only Robert Streb, who won his lone PGA TOUR title here in 2014, is ahead of Villegas on the leaderboard.

“I’m not entirely sure how they cope with it,” Streb said. “Obviously it’s horrible and don’t wish that upon anybody, but pretty amazing how well he’s playing.”

Mia was 22 months old when she passed away in July from cancer. Villegas has displayed incredible strength by simply competing on the PGA TOUR, let alone contending. While many may wonder how he can do it, Villegas wonders what other options he has.

He was taken aback when asked what the hardest part about the next 48 hours would be.

“I don’t know why you’d be thinking about what’s tough. We do this for a living,” Villegas said. “What’s different tomorrow than the other Saturdays that I play golf? It should be the same. Just see what happens.”

He’s seeking his first top-10 in four years and his first win in six. He’s competing on a medical extension because of a shoulder injury that caused him to play just once last season. A win would be one of the most emotional the TOUR has seen in a long time.

Villegas is focused on the task at hand, however. While he admitted getting emotional when he mentioned Mia in Thursday’s post-round interview, he said the difficulty of competing on these windswept courses on Georgia’s Atlantic coast keeps his mind from wandering.

“When I’m out there, I’m so focused, there’s so much going on, especially under these conditions. I’m there with my brother (Manuel, his caddie) and you just follow a process,” Villegas said.

Even when he rolled in an eagle putt on his final hole Friday, Villegas responded only with a quick fist bump with his brother. Villegas, who’s 14th in Strokes Gained: Approach this season, has hit 15 greens in each round this week. He has just one bogey, on the par-3 11th in the second round.

He’s been competing at Sea Island since his amateur days and called it one of his favorite stops on TOUR. His last top-10 was a runner-up here four years ago, when he was part of a five-man playoff won by Mackenzie Hughes. The last of Villegas’ four PGA TOUR victories came at the 2014 Wyndham Championship.

Villegas, who was ranked in the top 10 in the world after winning two of the four FedExCup Playoffs events in 2008, is now 866th in the world. He’s made two cuts in five starts this season, with a best finish of T23 at the Sanderson Farms Championship.

Villegas doesn’t want to think about the larger significance of a win, however. He’s focused on the next 36 holes.

“We’ve only played half the tournament,” he said. “A lot of golf to be played. We’ll do the same thing tomorrow, come out here, try to be free and just add them up at the end of the day.”