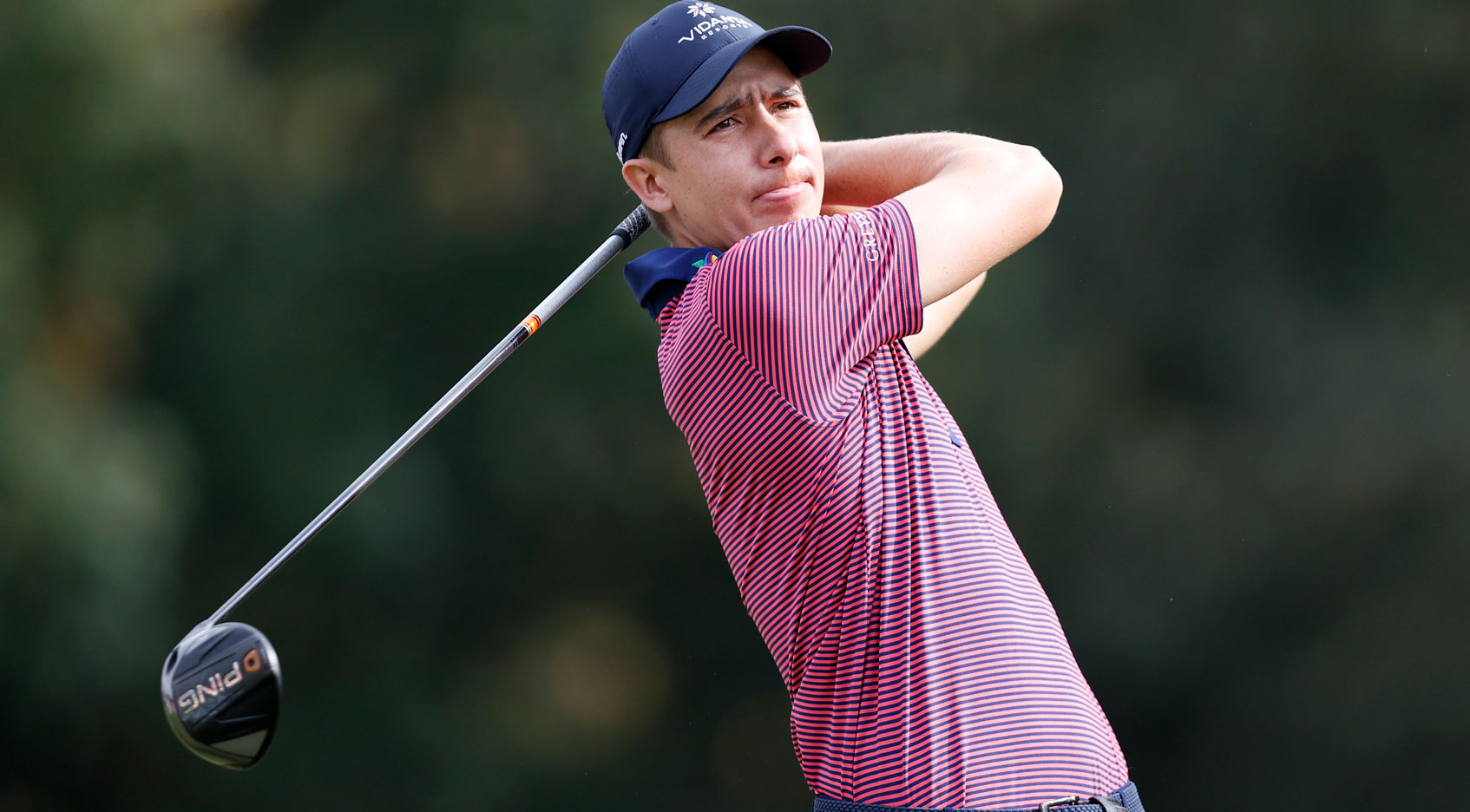 Ortiz and Ancer have always supported each other’s chase of professional golf dreams. So as Ortiz vied for his first PGA TOUR title down the stretch of last month’s Vivint Houston Open, Ancer delayed his Masters preparation to cheer on his friend.

“I was there at the (Augusta National) locker room with Bryson (DeChambeau). … I was on my phone filming,” said Ancer of watching Ortiz drain a 22-foot birdie on the 72nd hole to secure a two-stroke win. “I’m like, ‘Man, he’s going to win.’ Bryson’s like, ‘Don’t jinx him.’

“I said, ‘I’m not going to jinx him. He’s going to make this putt.’ It went dead-center and I was fist-pumping; I was so pumped. I’ve never really been that excited or nervous watching anybody play. I was really, really excited.”

Ortiz became the first Mexican player since 1978 (Victor Regalado, Quad Cities Open) to win on TOUR. He described the aftermath of his victory as “like a dream,” receiving messages from fellow Mexican athletes like Formula 1 driver Checo Perez, boxer Canelo Alvarez and LPGA great Lorena Ochoa, as well as countless friends and family members.

This week’s Mayakoba Golf Classic presented by UNIFIN, contested outside Cancun, provides an ideal venue to conclude the TOUR’s 2020 calendar with another Mexican flag atop the leaderboard.

Ortiz nearly broke through last year at El Camaleon. He finished in a three-way tie for second, as Brendon Todd got up-and-down at the final hole to cement a one-stroke victory.

Although no fans will be in attendance this year due to the COVID-19 pandemic, a home-country title would still represent a lifetime dream.

“It couldn’t get any better than that,” said Ortiz of what a Mayakoba Golf Classic title would mean. “Winning on your home soil would be a dream come true for us. I was close last year, and Abe (Ancer) has been close a couple of times, so I think it’s coming.

“We’re definitely seeing the difference in how much golf has grown in Mexico in the last years. Right now, we consistently have six, seven Mexicans in the (Mayakoba) field, and we’ve had Mexicans competing on the weekend here, and that definitely says a lot about how golf is growing.”

Ortiz grew up learning the game at Guadalajara CC, the same home club as Ochoa, a 27-time LPGA winner. Although he was 10 years younger, Ortiz vividly remembers Ochoa’s pursuit of perfection on the range, and was further inspired by watching her LPGA success on television.

“She helped me believe that working hard and doing things the right way, we’re able to achieve our goals,” Ortiz said.

After two seasons on TOUR, Ortiz lost his card and returned to the Korn Ferry Tour, where he spent two more years and regained TOUR status via a top-25 position on the 2018 Regular Season money list.

Looking back, Ortiz is thankful for that second Korn Ferry Tour stint.

“I lost confidence. I stopped believing in myself … the Korn Ferry Tour definitely helped me to find that again,” Ortiz said. “To believe in yourself is the most important thing. It doesn’t matter if your team believes in you, or your parents, or anyone; if you don’t believe in yourself, you have no chance.

“When you go back to the Korn Ferry Tour, you realize what worked for you to get to the PGA TOUR. You shouldn’t lose your essence. I feel a lot of times, we lose our essence when we go to the PGA TOUR, because you’re impressed by all your idols, all the people you look up to. You start doing things differently, where honestly, whatever got you there is what you should work on, and you build on top of that.”

The University of Oklahoma alum said he similarly benefitted from a return trip to the Korn Ferry Tour – and saw his longtime friend Ortiz do the same.

“Carlos had a year that he lost a little bit of confidence, and went back to the Korn Ferry Tour and grinded it out,” Ancer said. “I think that helped him a lot. He’s a solid player, doesn’t really have any weaknesses … he can hit it high, low. I mean, the guy is good. We’ve played a lot of golf together, and he never disappoints.

“I know he went back to pretty much everything that he did, just everything, and every year it’s getting better and better.”

With Mexico’s 42-year winless drought in the rearview, Ortiz and Ancer will push each other to collect more titles as they navigate their TOUR careers.

And they’ll encourage their country’s next generation to do the same.

“I hope that by me winning on the PGA TOUR, being on TV, being out there, it inspires more kids and more people to go do that,” Ortiz said. “Working hard, you can achieve your goals. And it’s the same thing with Abe. We’re trying to inspire as many kids and as many guys that are trying to make it, so they know and they can believe that it’s possible.”