PALM HARBOR, Fla. – Paul Casey has won on both sides of the Atlantic, is ranked inside the top 15 in the world and sits 18 holes away from becoming the first-ever repeat winner at the Valspar Championship.

Just don’t call him the favorite.

Casey holds a one-shot lead through 54 holes at Innisbrook, with world No. 1 Dustin Johnson alone in second place one shot back and former No. 1 Luke Donald in a tie for fourth. Casey played in the final pairing Saturday and will again have a spot in the anchor tee time during the final round, this time with Johnson. But despite last year’s comeback victory here and his current advantage on the scoreboard, he believes it’s actually his playing partner who is the man to beat.

“Obviously he’s the prominent one in the group of guys near the lead,” Casey said. “Who is the obvious one? Dustin. Who is the favorite tomorrow? Probably Dustin. So I actually feel kind of very little pressure.”

The Las Vegas oddsmakers support Casey’s assertion. Even though Johnson sits a shot behind the defending champ, he is listed as a 5/4 favorite to win, according to the Westgate Las Vegas Superbook, while Casey faces 9/4 odds of successfully defending his title.

Johnson already has two worldwide wins to his credit this year and finished T-5 last week at The Players Championship. His presence on the leaderboard, combined with Casey’s proven track record at this event from a year ago, allow the Englishman to head into the final round feeling loose.

“This is a different scenario. Having won this, my mindset now is I’ve won it, I have nothing to lose,” Casey said. “Now I’ve got one of those trophies. Yeah, I want another one. But it’s not as much sort of urgency or pressure. This is, tomorrow’s going to be highly entertaining for me.” 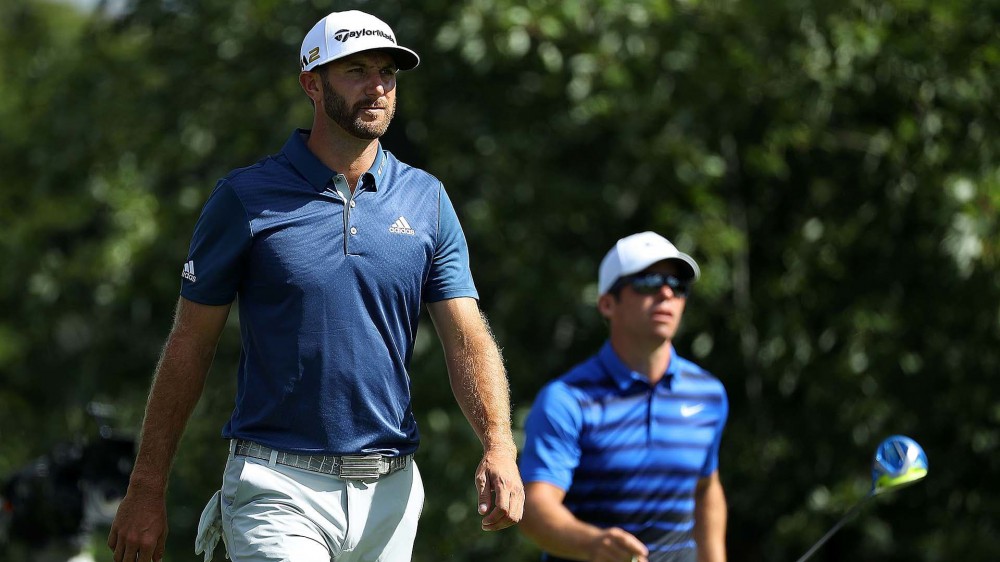 Lindberg gets married ahead of this week's Vic Open