Paul Casey will take a one-shot lead over Dustin Johnson into the final round of the Valspar Championship. Here’s where things stand through 54 holes at Innisbrook:

What it means: This week’s defending champion, Casey is hunting his third PGA Tour win and second Valspar title. The 36-hole co-leader, Casey pulled away from the field with three birdies in a four-hole stretch at Nos. 11, 12 and 14. But he saw his lead cut from two to one when he dropped a shot on his final hole to finish off a 3-under 68. With a win Sunday, Casey would become the first player to successfully defend the Valspar Championship and the latest player to go back to back on Tour since Brooks Koepka at last year’s U.S. Open. Giving chase will be the No. 1 player in the world, Johnson, who is looking for his second win in three starts, following a victory in Mexico and a T-5 at The Players. He’ll join Casey in the final pairing Sunday.

Round of the day: Kokrak and Louis Oosthuizen both turned in rounds of 66. Oosthuizen was actually 7 under on his round before bogeying two of his final three holes. Kokrak’s day was highlighted by a hole-in-one (more below).

Best of the rest: Six players – Johnson, Nick Taylor, Sam Burns, Russell Knox, Dylan Drittelli and Harris English – signed for 67. Johnson made five birdies, including one at the home hole, to position himself one off the 54-hole lead.

Biggest disappointment: The Day 1 leader, Joel Dahmen fell out of contention with a 5-over 76. Just two back to start the day, he’ll start Sunday 10 behind thanks to a scorecard that included seven bogeys.

Shot of the day: Kokrak tied the lead at 7 under par when he recorded the second ace of his PGA Tour career. He drained this tee ball with an 8-iron from 219 yards at the par-3 15th: 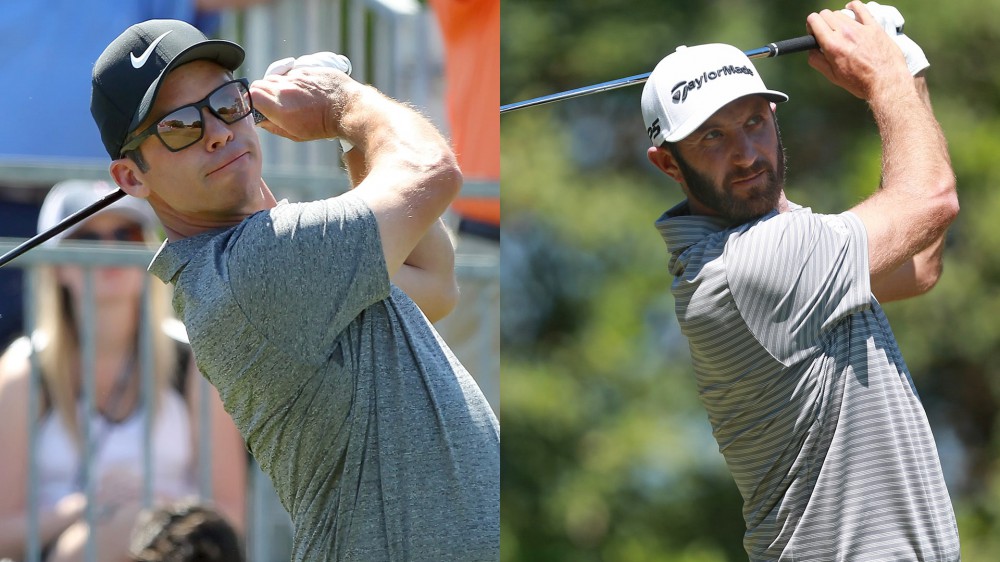