Champ only one back at RSM Classic despite slow starts

ST. SIMONS ISLAND, Ga. – As impressive as Cameron Champ has been this week at the RSM Classic, there is room for improvement.

Although he will begin the final round just a stroke off the lead held by Charles Howell III, he has started each round this week at Sea Island Resort slowly, playing his first four holes of each round in a combined 4 over par.

It was the same story on Saturday when he bogeyed the fourth hole after missing the green with his approach shot to fall five shots off the pace.

“I’m playing well so I know that at that point I feel like you have 12, 13 holes left, there’s plenty of birdie opportunities, especially on the back side,” said Champ, who finished with a 66 on Day 3 to move to 15 under par.

It makes things easier for Champ that he’s second in the field in driving distance and first in strokes gained: putting. By comparison, Champ is 11 under over his final four holes in each round.

“You’re hitting in the fairway and you’re having mid-irons to just about every single hole,” he said. “I just stayed positive, which I’ve done very well this week. Even some of the silly mistakes I made, I just haven’t really let them get to me.” 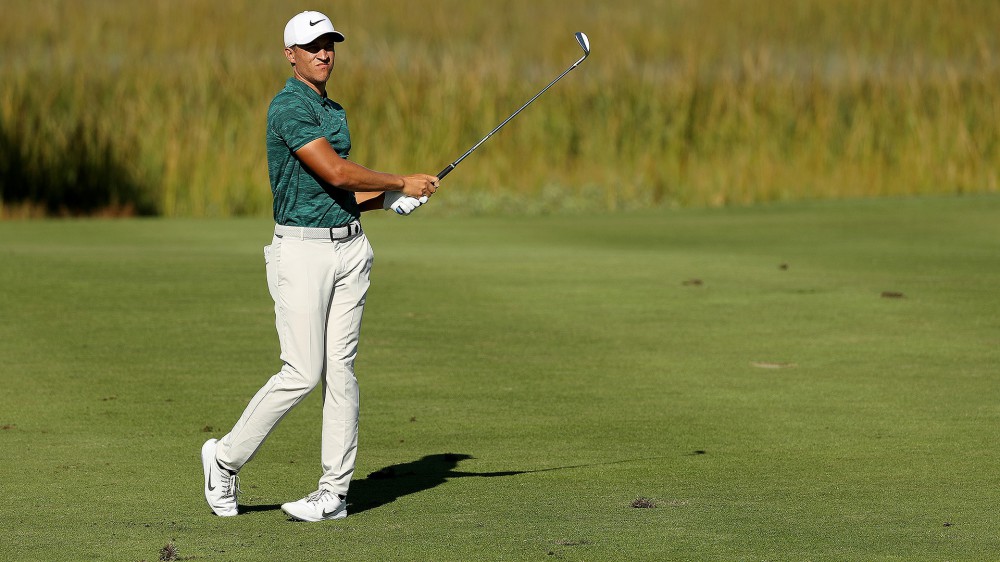 Fowler looking to improve on runner-up at Mayakoba