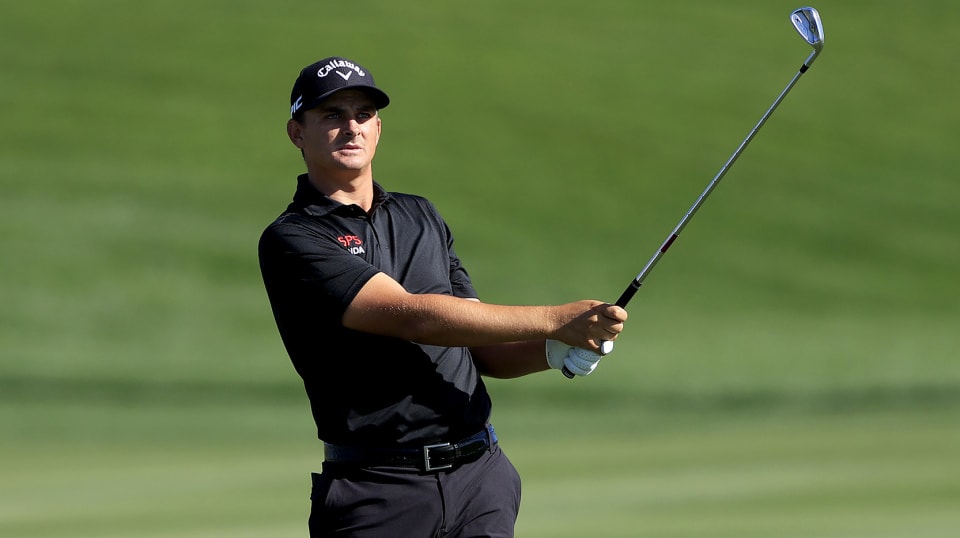 Young Christiaan was rushed to the hospital and spent a couple of weeks in Intensive Care. The poison impacted his nervous system, and would affect his speech. Since his youngest days, Bezuidenhout has spoken with a stutter. He was diagnosed at 4 with severe anxiety. He had a difficult time speaking publicly, and dealt with challenging days when he was in primary school. Sometimes the words in his head didn’t come out at all. He often was bullied when trying to speak, or read, in class.

“I never showed that it hurt me,” he said. “When somebody laughs, I’d just laugh with them. I never wanted them to see that it affected me. I’d let it go. And then when I got home from school, I’d just do my own thing, you know?”

Christiaan’s “thing” became golf. The game soothed him. He came from a golf family, and was hitting balls by the time he was 4. Self-admittedly a loner, and having no interest to compete in team sports, Christiaan found golf to be the perfect escape. He didn’t need anyone else to hit balls, or play, and didn’t need to talk to anyone. On the grounds of his humble golf club in Delmas, a small farming town outside of Johannesburg, Bezuidenhout would venture to the third fairway of the town’s little nine-hole course, empty his shag bag of balls, and hit 7-irons and 9-irons at a tall tree in the middle of the fairway. When he needed to hit longer clubs, he’d gather up his golf balls and head to a lengthier par-5 hole, smashing them for hours.

For him, every golf ball struck was therapeutic. When he started to win junior tournaments, officials knew his situation, so he’d be allowed to gather his trophy and go, not making the traditional winner’s speech. When Bezuidenhout wasn’t playing junior events, it was back to Delmas, hitting balls until his hands gave out, or the sun dropped from the sky.

“We had about 60 members at the club, very small,” he said. “Not a great golf course. Nine holes. So I’d play nine holes, 18 holes, 27 holes, hit balls. chip and putt. Play some more holes. That’s what I did, every day, after school. I never wanted to be anything else but a professional golfer.”

He was on medications for years, and at 14, as his golf was beginning to blossom, drew a two-year suspension from competition for taking beta blockers. (The suspension later was reduced to nine months.) It kept him from competing at the World Amateur, and crushed his spirit for a time. For Bezuidenhout, it was one more setback to fight through.

Three years ago, Bezuidenhout was bumping along as a young professional, sitting outside the top 500 in the World Ranking, when he met up with fellow South African Grant Veenstra, a former professional who had turned to coaching after a 12-year career on the Sunshine Tour. Veenstra is short and stocky and in-your-face direct, and will openly tell you his style isn’t for everyone. He has had some nice success as a coach, mentoring pros such as Richard Sterne, Dean Burmester, Haydn Porteous and promising up-and-comer Jayden Schaper, who finished second to Bezuidenhout at the Dunhill.

Bezuidenhout showed up as anyone might with a potential new instructor. He brought his clubs and figured he’d hit some balls. Veenstra had other thoughts. “Pack your clubs away,” he told him. “We’re going to the pub.”

There, over a handful of brandy and Cokes, Veenstra wanted to explore Bezuidenhout’s story. What were his fears? Did he ever back off down the stretch of a tournament to avoid the champion’s duties of speaking at a trophy ceremony? And just how good did he want to be?

“I wanted to hear it from him, and we cleared up all of that,” Veenstra said. “We had a great talk. It broke the ice. The next morning at 8 a.m., we started hitting golf balls.”