In Gee Chun climbed heights even more majestic than the course she conquered in the foothills of the Alps last year.

She won the Evian Championship in France with a 21-under total, the lowest score in relation to par in the history of major championship golf, men’s or women’s.

Chun would relish going where no woman has gone yet again in her return as defending champ.

Chun and Se Ri Pak are the only women to win majors as their first two LPGA titles, and now Chun is poised to try to separate herself from the legend who inspired Korea’s dominance in the women’s game. Chun, who won the U.S. Women’s Open in 2015, is looking to become the first player to win major championships as her first three LPGA victories.

“Last night, I returned my Evian trophy, but I would like to get it back,” Chun said.

If she does so, Chun will extend South Korea’s run of brilliance in the majors.

Chun is looking to give her homeland its fifth major championship title in the last six played, the 15th in the last 27. She’s looking to make it four straight Evian titles for Korean-born players.

“It was a big honor for me,” Chun said of winning at Evian. “Before the last round, I knew what I needed [to set a major championship record]. I needed to make a low score. So, I had a lot of pressure, but I did really well.”

Chun is reported to have been a math prodigy growing up, which makes her formula for success make sense.

With five runner-up finishes this year, but no title, Chun was asked by LPGA.com this week what she was looking to improve upon.

Chun told GolfChannel.com that her summer wasn’t the happiest while battling a mysterious esophageal malady that knocked her out of the Meijer Classic in June and put her in a hospital for two days.

“I was really worried,” her coach, Won Park, told GolfChannel.com at the time. “Her windpipe was tightening, and she couldn’t swallow food.”

Chun required a dilation to stretch her esophagus. She went 10 days eating only baby food, lost some weight and even muscle mass through the ordeal, but she rebounded to make a return at the U.S. Open in July.

Park said the pressures on Chun to win more coming from her homeland might have been a factor in her health issues.

“In Gee is a superstar in Korea, but people have such high expectations,” Park said. “It’s like the second-place finishes weren’t good enough.”

Chun said she was only dealing the same pressures that all top players deal with, but her hospital stay gives context to the “happiness” equation she pursues.

Park says the 10,000-watt smile Chun is popular for is an integral part of her makeup in a round.

“It may be the most important part of her game,” Park said.

Chun’s pre-shot routine is built on the idea of “flow,” Park says, of creating positive flow through her game. Her smile after shots, after plucking her ball from the cup, while acknowledging fans with a wave, is an integral part of that flow.

Park will be looking to see that flow at work again this week at Evian. It’s yet another variable as Chun seeks to solve the golf equation she tackles every week. 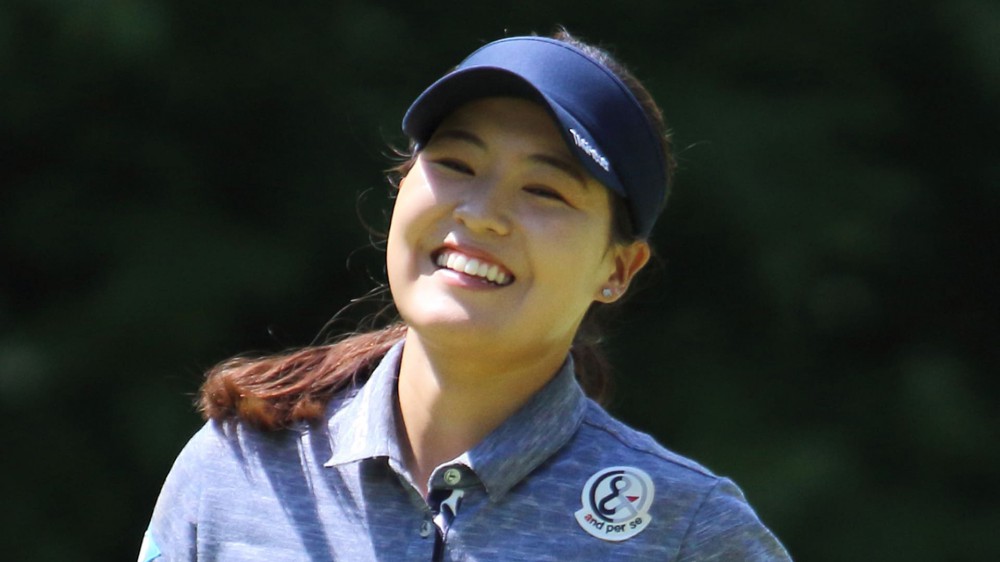