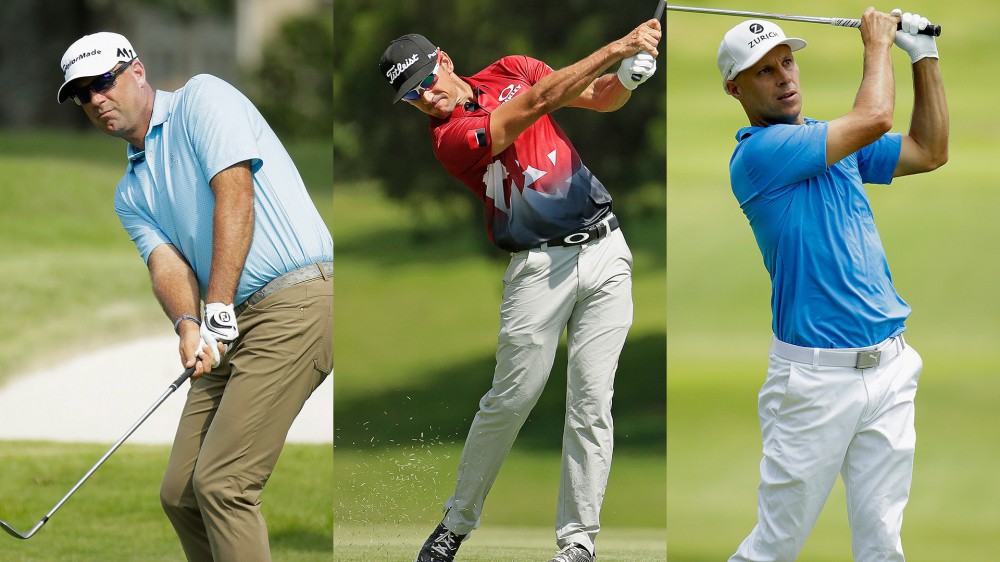 There’s a three-way tie at the top of the FedEx St. Jude Classic after 54 holes, with Stewart Cink, Rafa Cabrera Bello and Ben Crane all at 9 under par. Here’s how things stand going into the final round at TPC Southwind in Memphis, Tenn.:

What it means: Cink (six career PGA Tour wins), Crane (five) and Campbell (four) are proven winners, while List and Cabrera Bello are still searching for win No. 1. Meanwhile, 21 players are within four shots of the lead, including Phil Mickelson (-5).

Round of the day: Cabrera Bello was one of three players – joining Tyrone Van Aswegen and Scott Stallings – to shoot 5-under 65. He might have had the low-round honor all to himself had he not bogeyed the 17th by taking three strokes to negotiate the final 40 feet from the fringe.

Best of the rest: Van Aswegen’s 65 moved him into a tie for 13th. Coincidentally, he also could have gone lower, but he bogeyed the 18th hole. Stallings, who is tied for 22nd at 4 under, played the back nine first and was bogey-free for the day, with five birdies.

Biggest disappointment: Rick Lamb was right in the 36-hole mix after opening 68-67, but he blew up with a 77 on Saturday to plummet 57 spots on the leaderboard. He was even par for the day at the turn, but his back nine was a nightmare, including a 4 (bogey), 5 (double bogey), 6 (bogey) and 7 (triple bogey).

Shot of the day: Whee Kim had birdied two of his previous three holes when he came to the par-5 16th. He did himself one better, holing a wedge from 118 yards for eagle.

Main storyline heading into Sunday’s final round: Cink, 44, is the bigest name among the leaders and likely the sentimental favorite because of the well chronicled battle his wife, Lisa, is waging against breast cancer. Cink is also trying to win for the first time since The Open in 2009, and at least this time he won’t have to crush the dream of a 59-year-old to do it.