The PGA Tour returns to South Korea this week for the second edition of the CJ Cup at Nine Bridges. Here is the key information for the no-cut event, where Justin Thomas is defending champion.

Golf course: Located on Jeju Island, the largest island off the coast of the Korean Peninsula, The Club at Nine Bridges opened in 2001 and was designed by Ronald Fream and David Dale. The par-72 layout (36-36) will measure 7,184 yards for this week’s event, 12 yards shorter than last year.

Purse: The total purse is $9.5 million with the winner receiving $1.71 million. In addition, the winner will receive 500 FedExCup points, a two-year exemption on the PGA Tour, and invitations to the 2019 Sentry Tournament of Champions, Players, Masters, and PGA Championship.

• The field also includes 12 major champions and two of the top five in the Official World Golf Ranking (highest ranked are No. 3 Koepka and No. 4 Thomas)

• Thomas and Koepka both have a shot to ascend to No. 1 in the OWGR this week – they will play their first two rounds grouped together 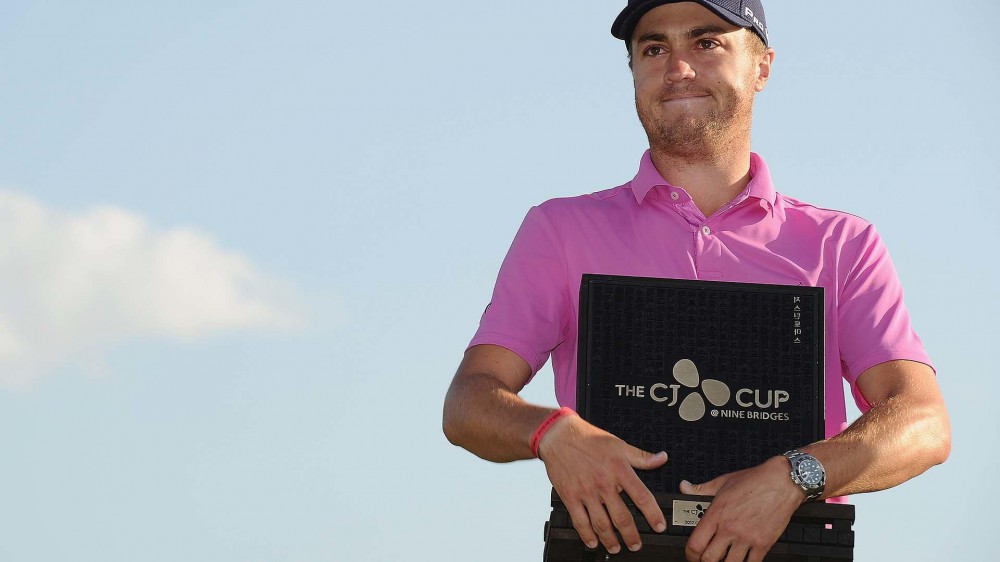 Schauffele on $10 million: Put it under mattress