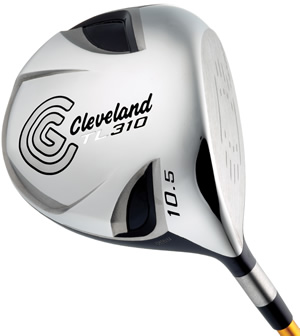 The lofts are slightly different in the TL310 compared to the other drivers in the range at 8 and a half, 9 and a half and 10 and a half degrees.

The 59 gram Miyazaki C. Kua Ultralite shaft looks great in the classic Cleveland gold and is half an inch shorter than the SL290.

The flex code system gives the shaft great performance and is probably a little stiffer than average.

The smaller head is aimed at better players who want to move the ball around a little more and you do feel more in control of this driver thanks to its shorter shaft.

The sound and feel were excellent and this is one of the best drivers for low handicappers in the market.