PEBBLE BEACH, Calif. – Beau Hossler has the kind of larger-than-life athlete’s name that the famed golf writer Dan Jenkins might have invented if Hossler didn’t already have it.

Friday, Hossler moved into position to script a large story.

The former teen phenom, rebuilding his game after a shoulder injury derailed his can’t-miss trajectory, is in contention to win his first PGA Tour title halfway through the AT&T Pebble Beach Pro-Am.

Hossler shot a 5-under-par 67 at Spyglass Hill in the second round to move into a share of the lead with Dustin Johnson at 12 under overall.

Hossler, 22, playing his first full season on the PGA Tour, is bogey free heading to Monterey Peninsula, which is considered the easiest of the three courses in the event’s rotation.

The top three players in the world rankings are playing this week, with Phil Mickelson, Rory McIlroy and Jason Day also in the field. A maiden title here would come with significant weight.

With world No. 1 Johnson watching him from the back of the media center, Hossler was asked by a reporter if he has ever been intimidated on a golf course.

“I don’t think so,” Hossler said. “There have been some moments in my career that I’ve kind of stepped into a new arena, but I wouldn’t say it is intimidation. It’s just kind of getting used to a whole new facet of the game, really. A whole new level.”

Hossler first burst onto the world stage as a 17-year-old, when he briefly grabbed the outright lead in the second round of the U.S. Open at The Olympic Club. He went on to win the Fred Haskins Award as the collegiate player of the year at the University of Texas, but his college run ended with disappointment. As a junior, he tore the labrum in his left shoulder in the semifinal match of the NCAA Match Play Finals. He was out for nearly six months after shoulder surgery but is making an impression again on the PGA Tour.

“Certainly, I didn’t take advantage of the starts that I was able to receive last year,” Hossler  said. “Now I feel totally comfortable out here. I feel like I can compete, and I feel like I can win at this level.”

Hossler is beginning to work himself into contention with some regularity. He had the 54-hole lead at the Shriners Hospitals for Children Open last fall, before tying for seventh. He tied for 10th at the Sanderson Farms last fall and got himself in the mix at the CareerBuilders Challenge last month and the Waste Management Phoenix Open last week.

“Even though I haven’t had really a super high finish, I feel like I’ve proven to myself that I can get in the position to win,” he said. “Now, it’s just a matter of playing a really solid weekend.” 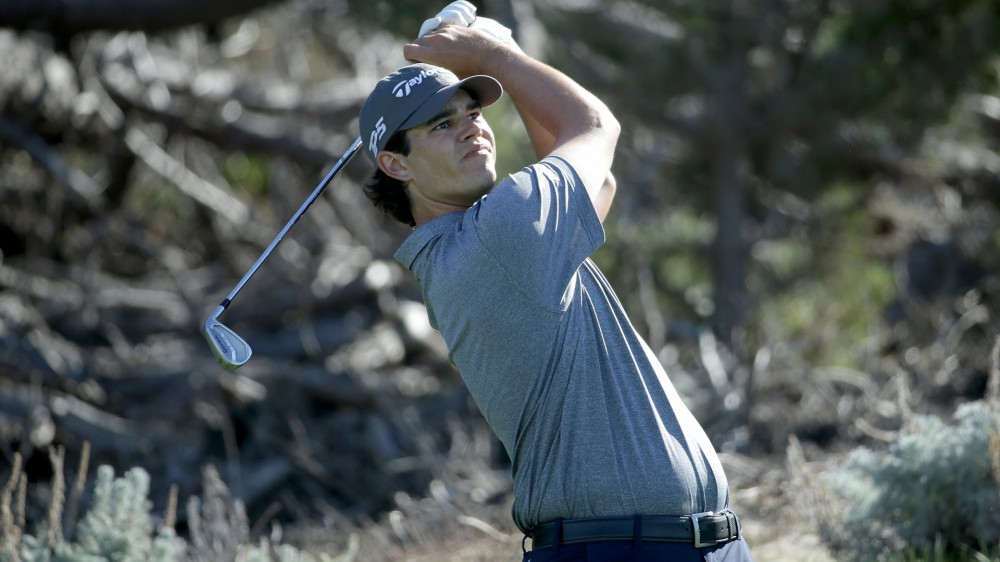 Henderson (68) contending in defense of title