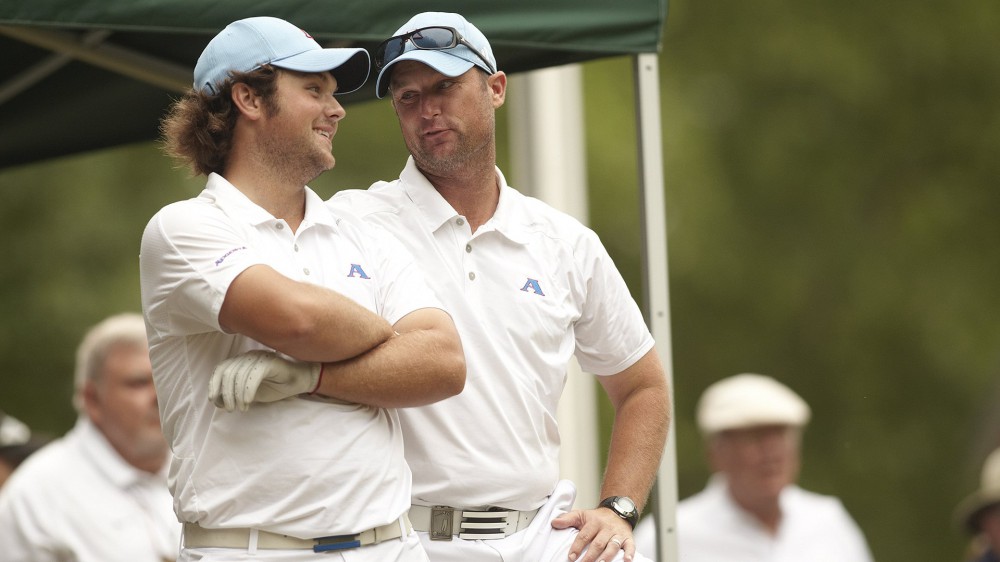 “I love you, I’m proud of you and no one in this world has out-worked you and knows what you’ve done to get to this level. You are a Masters champion. They can never take that away from you,” Gregory texted Patrick Reed following his victory at the Masters.

Gregory was Reed’s coach in college at Augusta State and has continued to work with him as a professional. Gregory, who left Augusta National last Friday and watched Reed’s victory from his home in Texas, said he talked with Reed Monday morning.

“He said he hadn’t taken his green jacket off since he won,” Gregory said. “He was headed to New York, and it was pretty cool to share that with somebody you have a close relationship with the last eight years.”

Gregory said Reed’s runner-up finish at last year’s PGA Championship was an invaluable learning experience and allowed him to stick to his game plan on Sunday afternoon at Augusta National, as Jordan Spieth and Rickie Fowler made runs at his lead. He also said he expects his major breakthrough to give him even more confidence going forward.

“He feeds off confidence anyway. He’s a confidence-driven guy. He knew he was going to do this one day but to actually do it and have that green jacket it validates the work ethic he had to put in to get there,” Gregory said. “He’s really going to take off. This is going to be huge for him.”