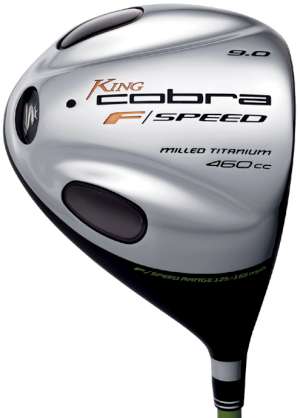 Looks -wise it is similar although the head seems longer front to back. The F/Speed is shallow than the X/Speed but deeper than the M/Speed and is aimed at the average player.

It was very easy to hit right across the face with no real loss of distance on off centre hits.

These Cobra speed drivers are meant to be custom fitted to your swing so make sure you speak to a Cobra rep or knowledgeable salesman so that you get the most out of this great club.

The F/Speed was more forgiving than the X/Speed due to the slightly more closed face and the trajectory was a strong and powerful when faced with an into the wind shot.

Like previous Cobra drivers, the only downside was the noise at impact. If you like making an impression with a big crash sound then this driver is for you!