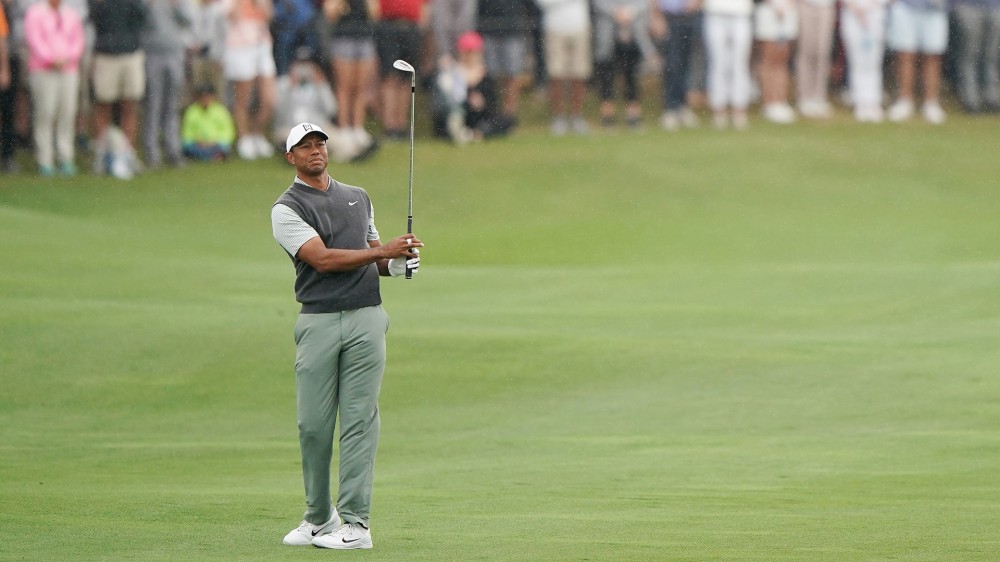 AUSTIN, Texas – The clarity of pure match play arrived early Saturday at the WGC-Dell Technologies Match Play like a cold front sweeping across Texas, which also showed up as scheduled just as most matches were reaching critical mass.

The Round of 16 featured a number of technical upsets, including Lucas Bjerregaard’s 3-and-2 victory over Henrik Stenson, who won this event in 2015 and cruised undefeated through the pool play rounds, and Kevin Na’s 2-up triumph over world No. 2 Justin Rose. It also featured the week’s most anticipated match between Tiger Woods and Rory McIlroy, who hadn’t trailed in a match all week.

After battling back to cut Woods’ lead to 1 up through 13 holes, McIlroy made a mess of the 16th hole and lost the marquee match, 2 and 1.

“We had some interesting conditions today. I guess that front was coming through about 11 [a.m.]. The wind changed. I played pretty consistent the entire day,” said Woods, who will play Bjerregaard in his afternoon match. “Felt like I didn’t give him any holes. And Rory didn’t make any putts today. I think he made two birdies today. It was just a tough day all around. I’m happy I advanced.”

Francesco Molinari is the only player remaining in the field from the top 10 in the Official World Golf Ranking following his 5-and-4 victory over Paul Casey and will play Na in the quarterfinals; while last year’s runner-up Kevin Kisner rolled HaoTong Li, 6 and 5, and will play Louis Oosthuizen, a 2-and-1 winner over Marc Leishman.

Matt Kuchar defeated Tyrrell Hatton, 4 and 3, and will play Sergio Garcia who survived the morning’s closest match to beat Branden Grace, 1 up.