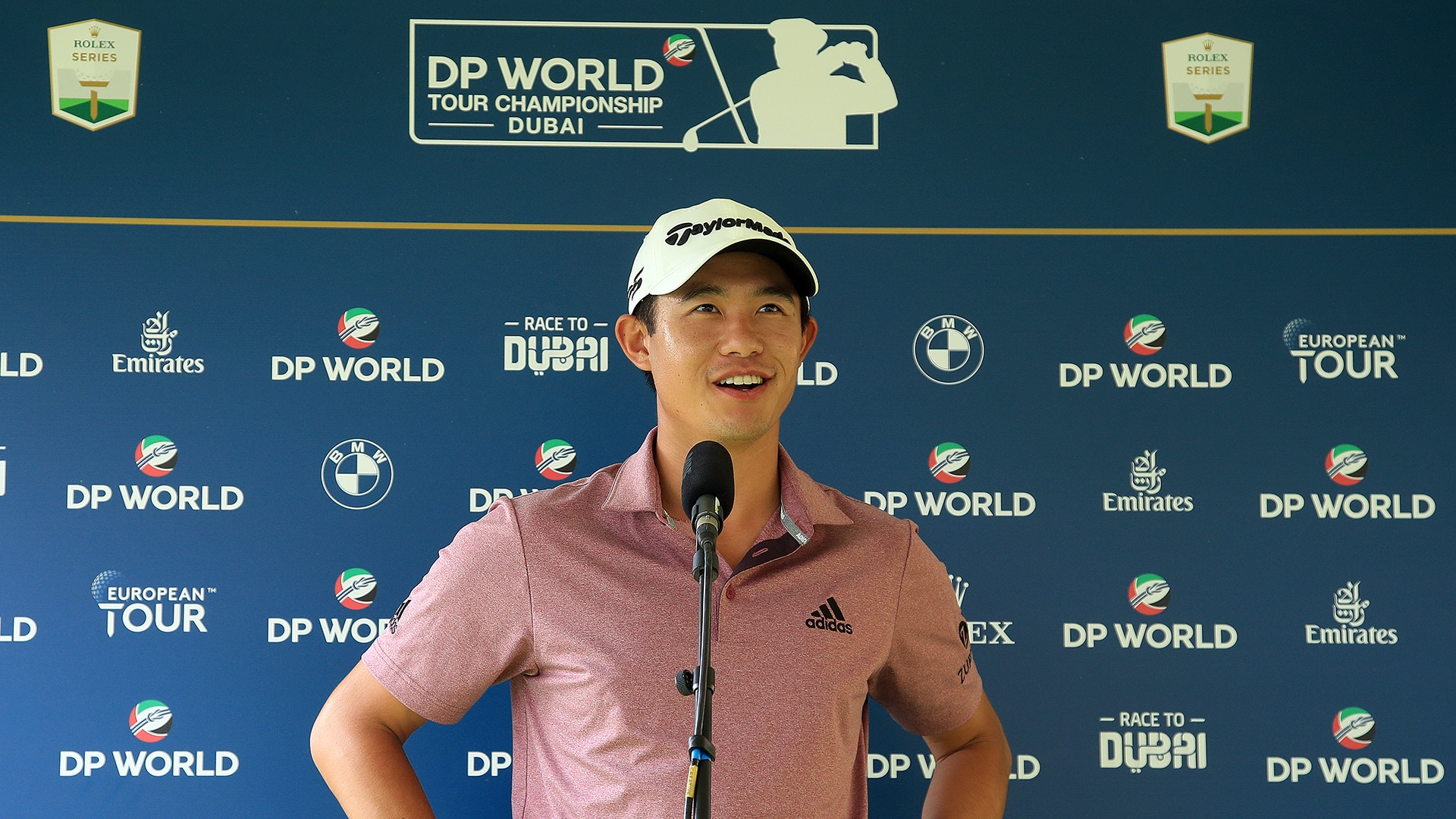 Collin Morikawa feels rested and ready to challenge for the Race to Dubai title.

The PGA champion took three weeks off following the Masters and headed to Dubai in an attempt, like points leader Patrick Reed, to become the first American to claim the title of European No. 1. At No. 3 in the standings, Morikawa is one of four players who can automatically capture the season-long title if he were to win the DP World Tour Championship, along with Reed, Tommy Fleetwood and Lee Westwood.

Ironically, Morikawa hasn’t played a single European Tour event this year, taking up affiliate membership in February and accumulating his points through the major championships (including his win at TPC Harding Park) and World Golf Championship events. He’s already signed up for the same membership in 2021, saying that he wants to “be a world player.” He’s in the field for next month’s Dubai Desert Classic.

“I think winning the Race to Dubai would mean a lot for my career, for myself, because I want my game to travel,” he told reporters. “I want to be a world player. I want to be able to bring my game anywhere, adapt to the difference places I come to, and this is just the first step of doing that.”

One of the most consistent forces on the PGA Tour, Morikawa has gone through a quiet stretch following his breakthrough PGA Championship victory. Since then he’s missed three cuts, including at the U.S. Open, and tied for 44th in his most recent appearance at the Masters.

“For me it comes down a lot to my head, the mental side, and after the PGA I was obviously very tired and very burnt out, but I just didn’t set new goals,” he said. “I felt like I was almost complacent. I felt good after the major win. And I think a lot of people are, and that doesn’t mean I was OK with it, that I was satisfied with one (major). But I was satisfied for at least the next few weeks, and that bled into the FedExCup playoffs and after that, the Masters.

“I had three weeks off up until this week, and I did a full reset. I looked at this as a very big tournament, a tournament I really want to win. So I sat down with my coach and we talked about goals and we talked about what I need to do to come out here and play really well, especially traveling so far halfway across the world. A lot has been put into my game and into my head over the past week to get ready for this week.”