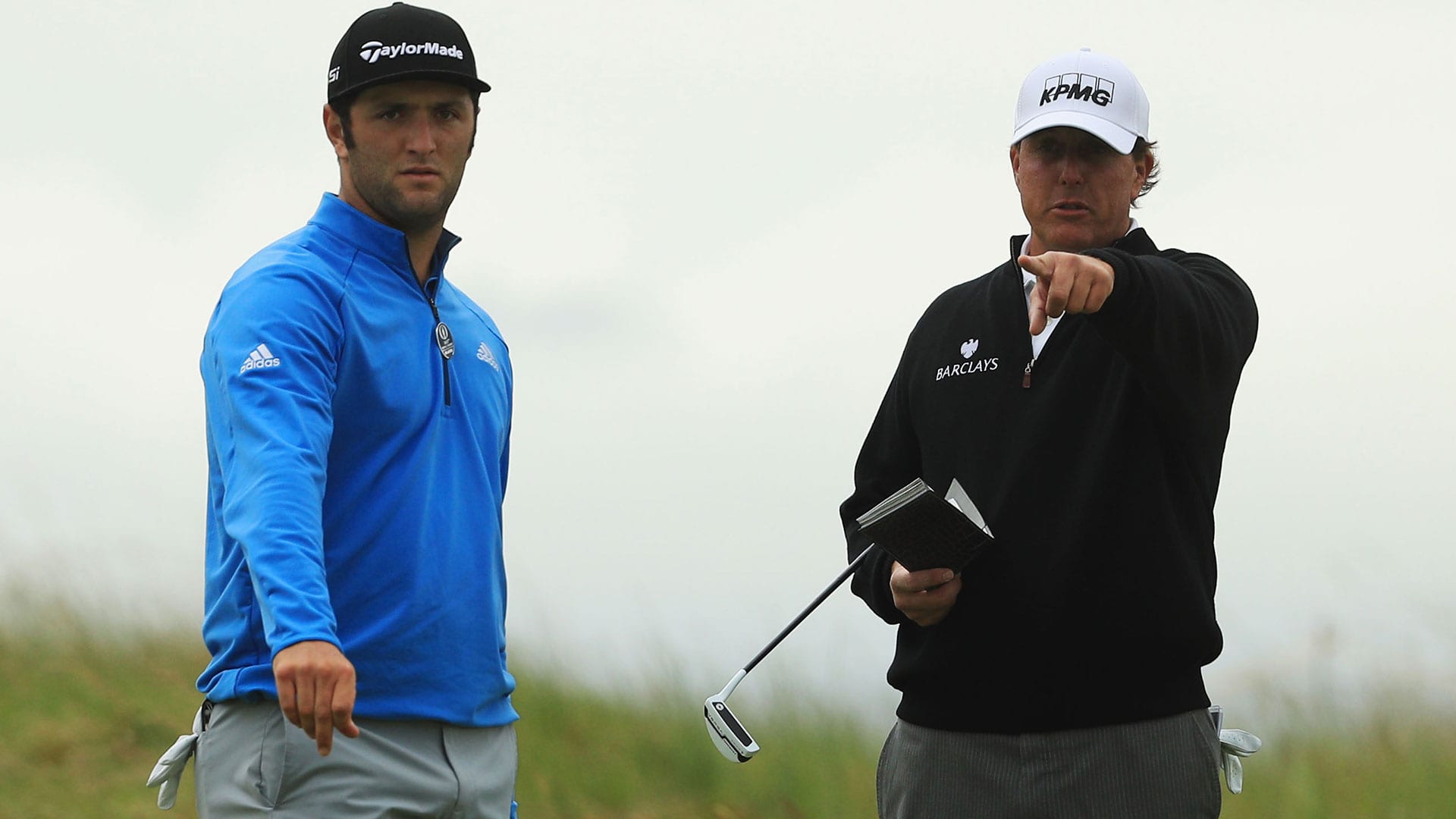 MEMPHIS, Tenn. – Remember that time Phil Mickelson made a bet with Colt Knost that Jon Rahm would be a top-10 player within a year of turning pro? Yeah, Knost remembers.

“Rain delay, at Memphis in 2016,” Knost said with a laugh, when asked about the bet. “It was the week before the U.S. Open and Phil said Rahm was going to play the U.S. Open and then turn pro. He said he was top 10 in the world right now. I was like, what are you talking about?”

Phil being Phil, the two agreed on a wager with Mickelson getting 2-to-1 odds that the young Spaniard would be a top-10 player within a year of turning pro.

“I’ve talked to Phil and Colt and I remember when it happened, because I think I had just played with Phil,” Rahm recalled Tuesday at TPC Southwind. “I was about to finish my senior year [at Arizona State]. I actually let [Mickelson] know, hey, I want a piece of [the winnings].”

Rahm first cracked the top 10 in the world ranking in May 2017 and unseated Rory McIlory at No. 1 in the world two weeks ago with his victory at the Memorial.

As for how much the bet cost Knost, he declined to say, adding that the amount had a “comma” in it.

“It hurt me more than it helped Phil,” Knost said. “I’m a huge Jon Rahm fan. It’s great. It just shows Phil is smarter than people give him credit for.”