LAKE BUENA VISTA, Fla. – Brooke Henderson wasn’t happy with her finish Saturday at the Diamond Resorts Tournament of Champions, but she could take solace in knowing the tough conditions blowing in Sunday may favor her.

Henderson bogeyed the final hole to lose a share of the lead.

After a 2-under-par 69, she will start the final round one shot behind Lydia Ko and Eun-Hee Ji.

Temperatures are expected to fall into the 50s Sunday with winds gusting up to 25 or 30 mph.

“I think I can grind it out,” Henderson said. “A lot of my wins have come in windy conditions. I tend to play a little bit better.”

Henderson, 21, grew up in Canada. She will be seeking to win her eighth LPGA title and win for a fifth consecutive year on tour.

“It’s really cool to be in this position going into Sunday,” Henderson said. “I feel like I have a lot of positive things to take.”

Henderson has put up three rounds in the 60s.

“Hopefully, do something similar tomorrow,” she said. “Hopefully, the putts will drop.” 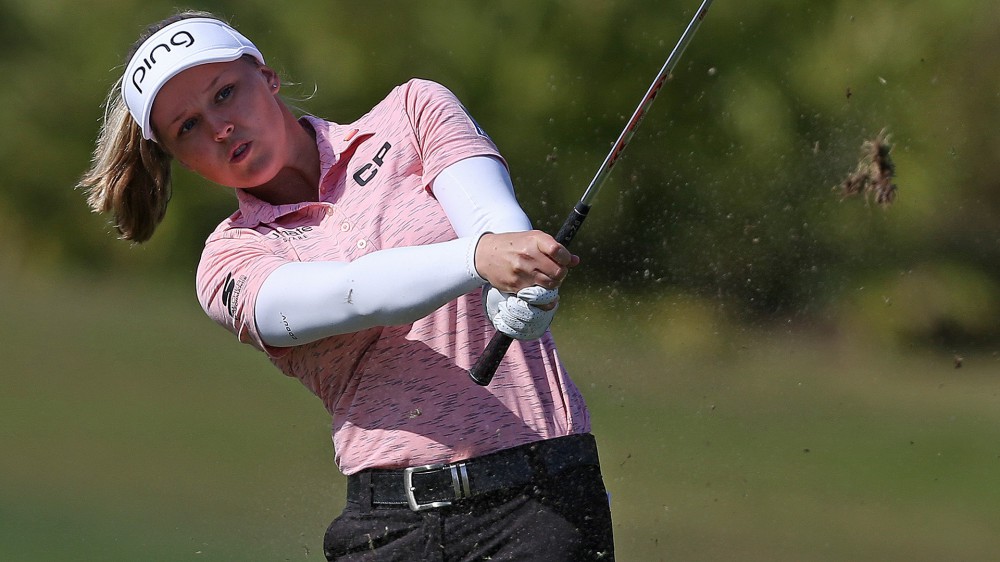