The 21-year-old Connelly is just embarking on his pro career, notching an early highlight with a T-14 finish at The Open this summer after earning a spot through final qualifying. This week he drew a tee time with the reigning Masters champ following rounds of 68-65 at the Golf Club of Milano.

That led his mother to tweet out a throwback photo from 1999, when Connelly was a toddler and posed on the course with Garcia, who was just starting his own pro career:

The duo struck a pose on Saturday as well.

This picture was only taken 5 years ago, not! Time flies! Wow!! https://t.co/oqSCMZb8xq

Garcia and Connelly both began the third round at 9-under 133, four shots behind co-leaders Matt Wallace and Marcus Fraser. 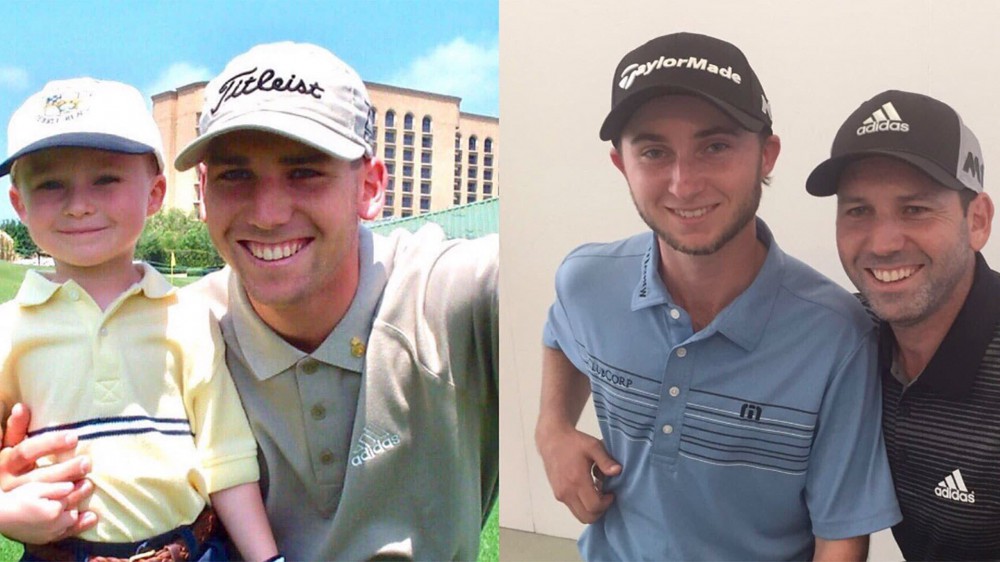