By Monday afternoon, Corey Conners was facing long odds of getting in. That’s getting into the Valero Texas Open, not the Masters.

Conners is in the midst of a strong season, having finished second at the Sanderson Farms Championship and T-3 at the Sony Open. But he’s playing this season on conditional status, meaning that even with those results he had to head to a Monday qualifier to try to earn one of the last four spots in the field at TPC San Antonio.

Conners was slow out of the gates, making an early double bogey, and was still 1 over through seven holes on Monday. But he rallied to shoot a 68, then won a 6-for-1 playoff to snag the very last spot in the field. It turned out to be just a prelude for what was to come, as the Canadian blitzed the field in the final round en route to 10 birdies and his first career PGA Tour victory.

The win brings with it the 87th and final spot in next week’s Masters. It also means he won’t have to worry about any more Monday qualifiers until at least 2022.

”My wife got an email this morning letting her know we could check in for our flight back home,” Conners said. ”I told her, ‘Aw, don’t check in yet. Maybe we can make other plans.’ Big change of plans. It was going to be an off week. I’m glad it won’t be.”

Conners played in the Masters just once before, missing the cut in 2015 as an amateur after losing in the finals of the 2014 U.S. Amateur. He became the first player to go from Monday qualifier to the winner’s circle on Tour since Arjun Atwal won the 2010 Wyndham Championship. Corey Conners claimed his first PGA Tour victory and earned an invite to the Masters on Sunday, winning the Valero Texas Open less than a week after qualifying.

Of course, Atwal’s victory didn’t bring with it a trip to Augusta National the following week. Conners’ seven-day ascent is the stuff players dream about, as he’ll head quickly toward Magnolia Lane after becoming the latest player to win his way into the Masters at the very last moment. Ian Poulter finished T-44 at last year’s Masters after winning the Houston Open the week before, while Russell Henley won in Houston in 2017 and finished T-11 at the Masters the next week.

The last time the Valero directly preceded the Masters was 2013, when Martin Laird slipped into the winner’s boots and proceeded to miss the cut in Augusta. 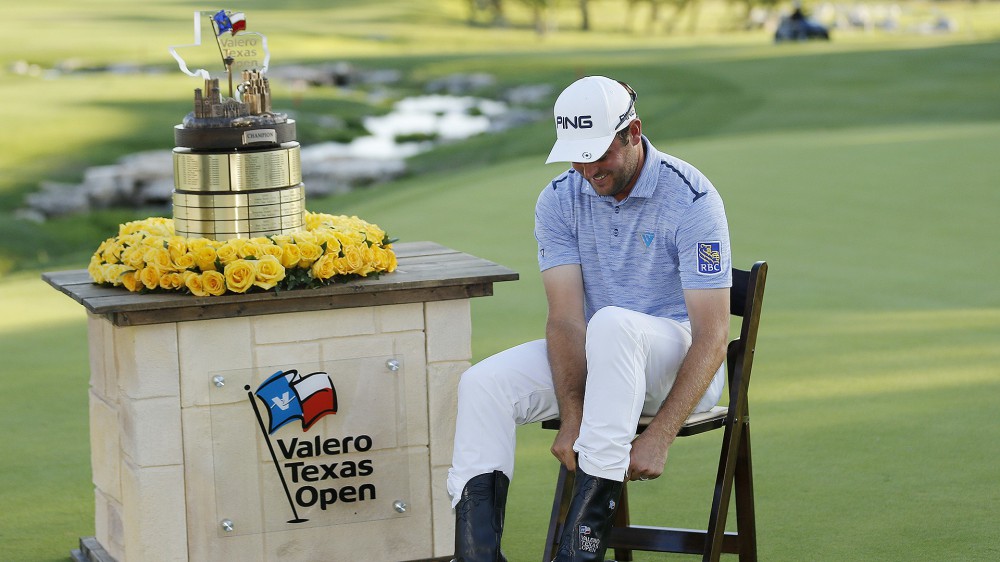