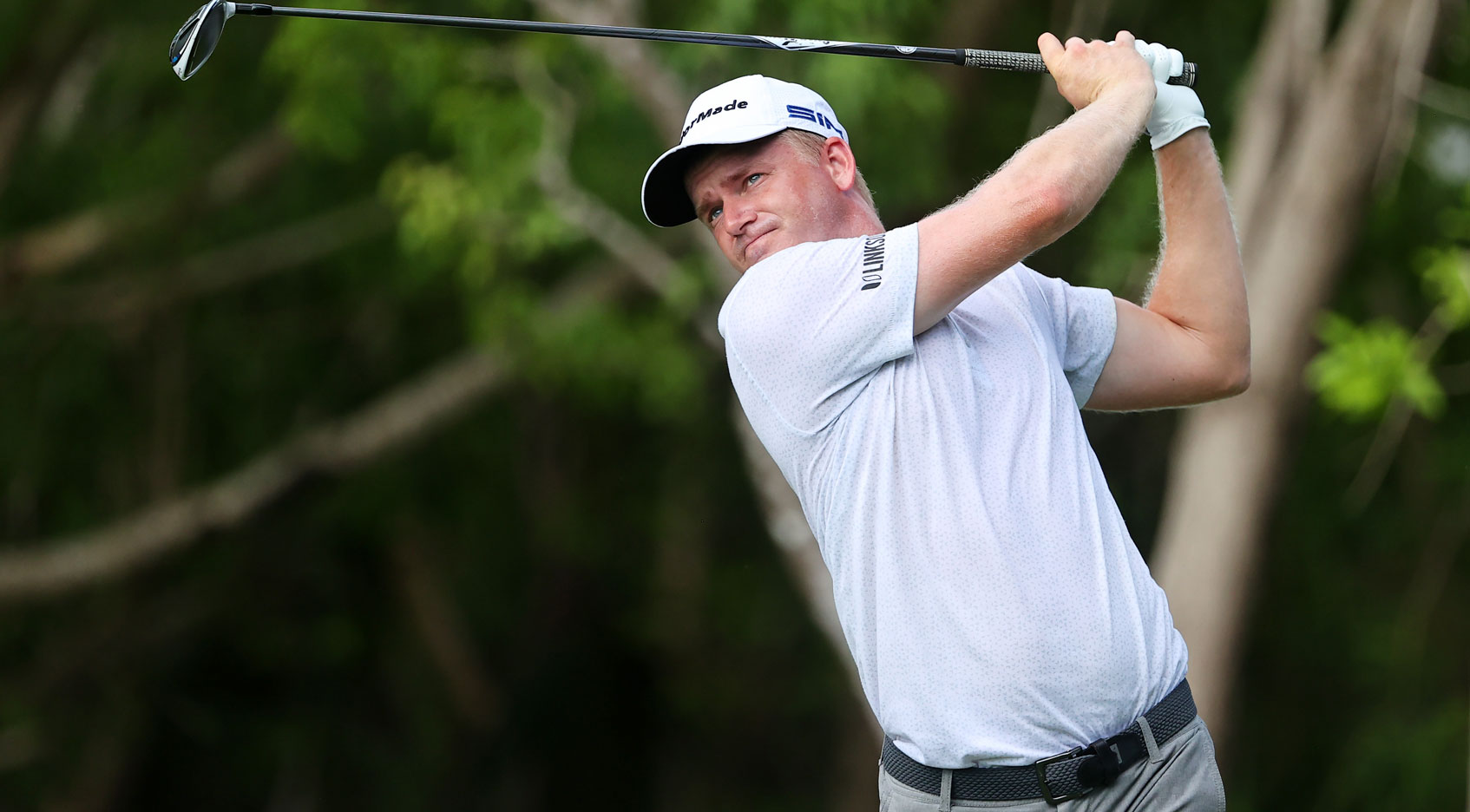 The PGA TOUR was in the midst of a three-month shutdown due to the COVID-19 pandemic. The golf world was on hold. Players, caddies and industry professionals waited in anticipation of not only when the TOUR would return, but how things would look upon its return.

All the while, Long was adapting to life as a new dad, learning how to balance his practice schedule with fatherhood.

At age 33, Long has a long list of life experiences in his memory bank. After turning pro in 2010, he navigated various mini-tours and the Korn Ferry Tour before earning his first TOUR card for the 2018-19 season. The first time he contended on TOUR, The American Express in 2019, he made birdie on the 72nd hole to defeat Phil Mickelson and Adam Hadwin by a stroke.

Fatherhood presented an opportunity for more new experiences, amidst the backdrop of COVID-19.

“A lot of selflessness,” reflected Long after a third-round 63 at the Mayakoba Golf Classic presented by UNIFIN, playing his way into contention for his second TOUR title. “A lot of time management, organization. At home, I need to practice, but I also really want to spend time with Trevor and Emily.

“Being able to prioritize some things … it’s taught me, more than anything, what matters. It makes this feel more like a game and a hobby, whatever you want to call it, but less of work. It’s less stressful, because we have a newborn at home. Nothing else matters. Whatever happens in golf, it’s great, but we have way more priorities now.”

The Mayakoba Golf Classic presented by UNIFIN marks the final FedExCup event of the 2020 calendar year, putting a bow on the TOUR’s comeback that has seen 26 events contested since the Return to Golf in June, beginning at the Charles Schwab Challenge and spanning through this week at El Camaleon GC.

After the Mayakoba Golf Classic winner is crowned on Sunday, the FedExCup schedule will be put on hold until the Sentry Tournament of Champions in January.

As players moved into contention on a gentle Saturday amidst the Mayakoba mangroves, they expressed an appreciation for the opportunity to play this game for a living – reflecting back on the uncertainty prevalent during the pandemic hiatus.

“We spent a good amount of time wondering what it would be like if we didn’t come back to play golf,” reflected Emiliano Grillo, who carded a third-round, 3-under 68 at El Camaleon to assume a one-stroke lead (16-under) into Sunday.

“I would say more than anything, just grateful for the opportunities we have,” added Tom Hoge, who made five birdies in his final six holes Saturday to card 6-under 65 and move within one stroke of Grillo (15-under) into Championship Sunday.

“I’m not very good at going at home and sitting on the couch for a few months. That was a long time for us to be off, not knowing when we were playing again next.”

For Viktor Hovland, the hiatus represented a chance to fine-tune his approach to practice on non-tournament weeks. The 23-year-old Norwegian admitted that full commitment on a practice day could be hit-or-miss in his early days as a pro.