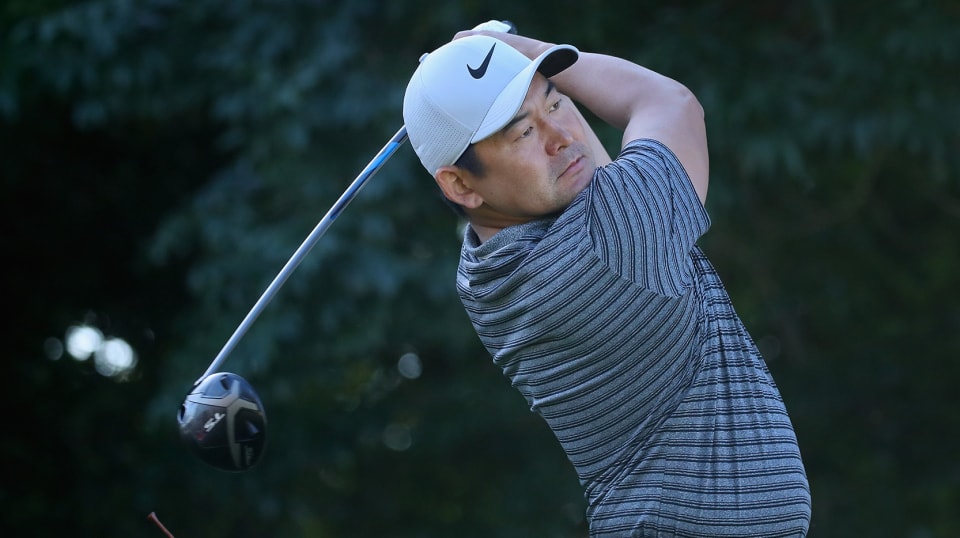 Here is a look at the four players who qualified for the Corales Puntacana Resort and Club Championship. There was a 10-player playoff for the last spot.  All 10 players parred the first playoff hole, before play was called for darkness.  In the morning Eric Cole prevailed on the sixth playoff hole.

Andrew Yun (67)
Age: 29
College: Stanford
Turned pro: 2013
PGA TOUR starts: 22
Cuts Made: 3
Best PGA TOUR Finish: T22, 2018 Zurich Classic
PGA TOUR earnings: $41,566
Twitter: @AndrewYunGolf
Notes: Has 73 career starts on the Korn Ferry Tour, with 34 made cuts … Made 13 of 23 cuts with two runners-up and two third-place finishes in 2017 on Korn Ferry Tour. He finished 19th on the Order of Merit to earn his PGA TOUR card … Made just three of 22 cuts in 2018 and finished 231st in the FedExCup … Made seven of 12 cuts on PGA TOUR Canada-Mackenzie Tour and finished 31st on the Order of Merit in 2019 … Won an event on the Outlaw Tour last September by eight shots … At one time, had the third-best career scoring average at Stanford behind Tiger Woods and Patrick Rodgers … Was a four-time All-American as a junior golfer.

Chris Wiatr (68)
Age: 27
College: University of Connecticut
Turned pro: 2016
PGA TOUR starts: 0
Cuts made: 0
Twitter: N/A
Notes: Monday qualified for the Savannah Championship last year on the Korn Ferry Tour … Has made four career starts on PGA TOUR Latinoamerica with a career best finish of third at the 2020 Shell Open … Has 10 career wins on the Minor League Tour … Won the Vermont Open in 2019 … Was a two-time co-captain for the University of Connecticut golf team … Became the youngest player ever to qualify for the Connecticut State Open … Played four years of varsity soccer and three years of varsity squash in high school.

MJ Daffue (68)
Age: 32
College: Lamar University
Turned Pro: 2012
PGA TOUR starts: 7
Cuts made: 4
Best PGA TOUR finish: T12, 2020 Sanderson Farms Championship
PGA TOUR earnings: $211,216
Twitter: @mjdaffue13
Notes: The Monday Q legend continues to grow. This is his 11th successful Monday qualifier across the Korn Ferry and PGA Tour in the last two years … Opened with a 65 at the Sanderson Farms Championship and went on to his best career finish of T12 … At the Workday Charity Open last year, birdied the last hole to make the cut, then shot a third round 65 to be near the top of the leaderboard before settling for a T22 finish.

Eric Cole (69 via a 10 for 1 playoff)
Age: 32
College: Nova Southeastern University
Turned Pro: 2009
PGA TOUR starts: 0
Cuts made: 0
Twitter: N/A
Notes: Has 52 career wins on the Minor League Golf Tour … His dad Bobby Cole was a Sunshine Tour star, and his mom Laura Baugh was an LPGA star. … Last year, he successfully Monday qualified in Colombia, made the cut at the event, then flew home that Sunday night, arrived in Florida at 1:30 a.m., drove to the Monday qualifier for the LECOM Suncoast Classic and got through there … Has made 26 career Korn Ferry Tour starts with 13 made cuts.  His career best finish came at the 2020 Savannah Championship, where he finished T3 … He survived a 10-for-1 playoff to grab the last spot, making a eight foot putt on the last playoff hole to get through.

PGATOUR.COM talked with Chris Wiatr after successfully Monday qualifying for his first ever PGA TOUR start.

PGATOUR.COM: When you went to college to play, was the goal always to turn pro after?

I would say early in my college career it became the goal.  I had an ok college career, I had a mediocre scoring average, we played in some pretty tough weather.  Every year of my life I played golf maybe five or six months a year.  I knew I had to go play for an entire year if I wanted to do this for a living and I never had that opportunity until after college year. I loved my experience at UConn, my teammates were great, my coach was great, I wouldn’t trade it for the world.  But when I started my pro career, I was competing with guys who had played 12 months a year for their entire life.

PGATOUR.COM: When you turned pro, knowing those things, did you go in with the expectation that it would be a process that would take some time?

I think at the time I was oblivious to how hard it was.  I learned pretty quickly that I had a really long way go.  But I also knew the skills were there, they just needed to be refined a little.  Early in my career I was the king of shooting even par with five or six birdies.  But that gave me confidence I could do it; I just needed to refine some parts of my game.  I learned a lot from PGA TOUR guys, Korn Ferry guys, even mini-tour guys that gave me a better grasp of what it took to play professionally.  And its still a learning process. I think this is an important step in my career, qualifying for a PGA TOUR event.

PGATOUR.COM: Was there a moment your remember that was your “welcome to pro golf” moment, or is it a process?

When you first turn pro, there is always that fresh crop of top guys that go right out on tour.  Victor Hovland, Matt Wolff, from my year Justin Thomas and Jordan Spieth.  That kind of takes over the public eye, but for every Justin and Jordan there is another 100 guys that will kick the crap out of you still.  That was my introduction to pro golf.  I was like, who is this guy, and why isn’t he on Tour?  It took a while for me to build my build my own identity as a pro golfer.  I think that is really important to me as I play on bigger stages.  I want to make sure I take my own identity and game with me, instead of trying to play someone else’s game.

PGATOUR.COM: This is an odd week for a Monday qualifier because the event is not for two weeks, do you prefer this, or would you rather go right into the event?

I prefer this scenario. When I qualified for the Korn Ferry event last year, the qualifier didn’t finish until 3pm on Tuesday.  So, I wasn’t allowed on property until like 4pm on Tuesday, then I had to get a Covid test.  Then Wednesday is the pro-am day so it really kind of messes up your week.  I was trying to gather all this information and learn a new golf course in like four hours.  This way I will be able to plan a little more, work on my travel and get my game ready as much as I can.  I know I am playing well now, but also confident enough I will be playing well in a couple weeks too.

PGATOUR.COM: Are you a results-based goal setter or more of a go play and access after?

I try not to look at results at all because I don’t have any control over them.  I know there is a finite number of things I do have control over and focusing on those has really helped my career.  When you are out on the golf course you know where you are as far as cut lines on Friday. You know where you if you are in contention on Sunday. I think its important to be aware of where you are at those moments, but saying you want to finish top ten; your body doesn’t know how to do that.

NOTES FROM OTHER TOURS
PGA TOUR CANADA-Mackenzie Tour is holding the fourth of its seven Q-schools this week.