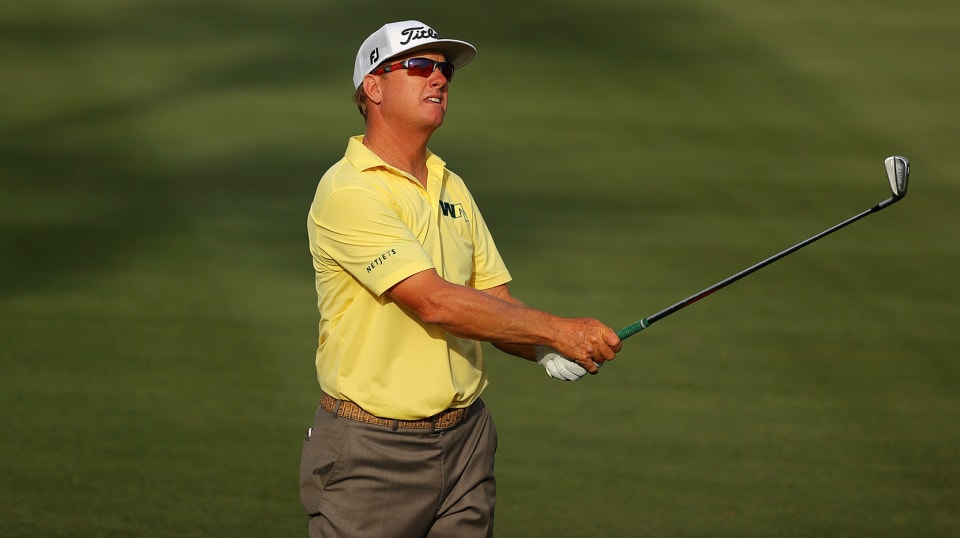 Justin Suh … Rapidly making noise to remind fans that he’s the forgotten fourth of the Class of 2019 headlined by Collin Morikawa, Viktor Hovland and Matthew Wolff. Suh is 4-for-5 on the PGA TOUR this season with a pair of top 15s, including a T14 at Corales.

Pat Perez … His reputation on paspalum is worthy and it paid off for a T21 in his Corales debut in September – he ranked sixth in putts per GIR — but it’s still his most recent top 25 despite 15 starts in the interim.

Thomas Detry … The 28-year-old from Belgium has a pair of T33s in as many starts at Corales, so he’s no stranger. Also strides in on the confidence buoyed by a pair of T9s in his last four starts abroad.

When the PGA TOUR was in Punta Cana on the last weekend of September, a field of 144 was assembled for a stand-alone competition that rewarded 500 FedExCup points to champion Hudson Swafford, who also secured an exemption into the 2021 Masters. This time around, the top man of 132 entrants will bank 300 FedExCup points and will require another way to get into the Masters if he’s not already eligible because that exemption is not on the table this week. However, spots in the 2021 PGA Championship, 2022 Sentry Tournament of Champions and the 2022 PLAYERS, among other invitationals, will be reserved in his name.

This is to say that the revised version of the 2020 version was a bonus after it was among the casualties of the three-month shutdown due to the pandemic. And while obvious, it’s nonetheless significant that we’re far enough removed from the unscheduled break that this week’s Corales marks the first time a tournament has been held a second time since. No, it hasn’t been a full year since the start of the return to golf, but the cycle of the return visits starts in the Dominican Republic.

En route to his winning pace of 18-under 264, Swafford ranked fifth in putts per greens in regulation and 10th in putting: birdies-or-better. Those are old-school-and-still-relevant measurements of efficiency and scoring with the putter when ShotLink technology isn’t used. It won’t be again this week. While thoroughly impressive and aligned with expectations for a champion in a shootout, he was the first of the winners at Corales not to lead his respective field in both putting metrics. Part of that has to do with its statistical inevitability, but it also can’t be ruled out that the field was 12 larger as a stand-alone contest. Incidentally, as of Monday evening, 88 golfers in this week’s field competed here in September.

Swafford finished T14 in fairways hit and T26 in GIR, so he limited the stress to allow for a special week on the greens, but he also capitalized on the four par 5s by averaging 4.25 to rank T2.

For the week, Corales yielded a scoring average of 71.118. That’s a fair target again as the weather forecast essentially is identical. Mostly sunny skies will make room for passing clouds and the sight of a sprinkle, maybe. Daytime temperatures will eclipse 80 degrees with ease, while steady easterly breezes will favor lower ball flights and course management. But make no mistake, Corales is a resort course, so stockpiling the par breakers will present as an easy and early Easter egg hunt.

Further fostering low scoring are the paspalum greens governed to measure just 11 feet on the Stimpmeter due to their exposure to the coastal breezes. Even shots struck from the thickest of the two-inch rough will have room to hold most greens. Still, as par 72s are concerned, this is as fair and consistent a test as the players will navigate. It will penalize the foolish.

Corales’ longest walk is 7,670 yards and, like PGA National last week, it features its own recognizable three-hole stretch. The par-4 16th, par-3 17th and par-4 18th are known affectionately as The Devil’s Elbow. As a trio, they averaged 0.185 strokes over par in September. However, the par 3-4-3 swing of Nos. 9, 10 and 11 have been a bumpier road in each of the first three editions of the tournament.