One of the pre-tournament favorites, the senior from LSU opened with rounds of 72-70, but finally made his move on Saturday with a bogey-free, 4-under 68 in the third round of the Latin America Amateur Championship. He’ll enter Sunday at Casa de Campo just two shots off of the lead held by Mexico’s Alvaro Ortiz.

Gagne is probably the best prepared to handle that stress. Ranked 50th in the world, Gagne is one of just four players in the LAAC field who has played in a major championship, and he’s the only one who did it without winning this event.

It was Gagne who came out on the better end of a coin toss with Cristian DiMarco at a U.S. Open local qualifier last summer in Orlando, Fla., after both players had left the golf course and were unable to stage a playoff. Gagne then medaled in his sectional qualifier, made the cut at Shinnecock Hills and shared low-amateur honors with Matthew Parziale.

A Costa Rican native who grew up in Orlando, Gagne is playing his first and possibly last LAAC. He hadn’t represented Costa Rica in international play until the 2018 World Amateur Golf Championship, but said earlier this week that he wishes he had come to this event sooner.

Gagne, who’s won four times in his collegiate career and earned first-team All-SEC honors as a junior, intends to finish his senior season at LSU and then potentially take his shot at playing the European Challenge Tour.

Gagne has improved his score by two shots each day, and he may be saving his best for last. Asked if he has a score in mind for Sunday, he answered: “It’s not going to be one specific number, (but) it’s going to be my best score.” 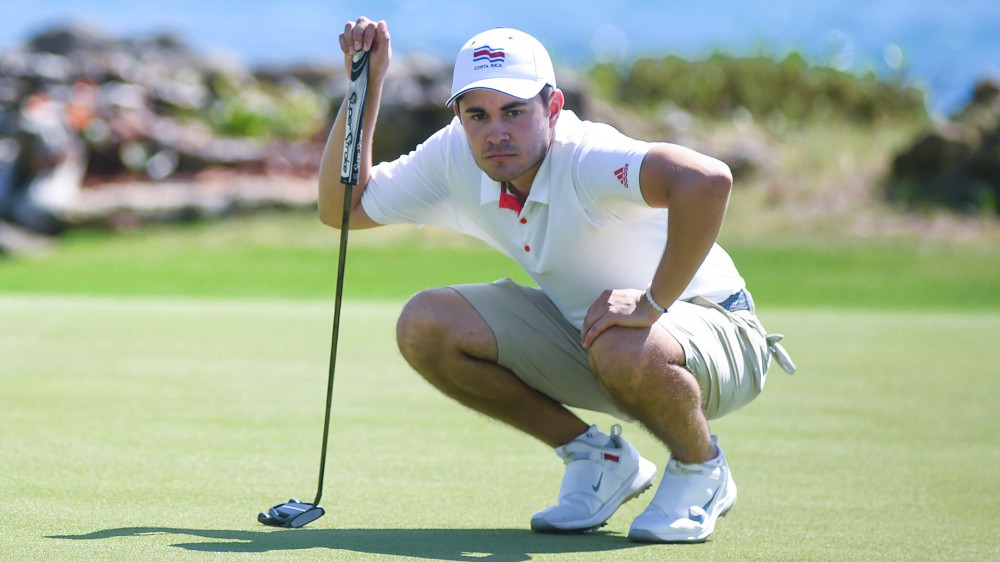 After long offseason, Hall adjusting to life as top-10 player