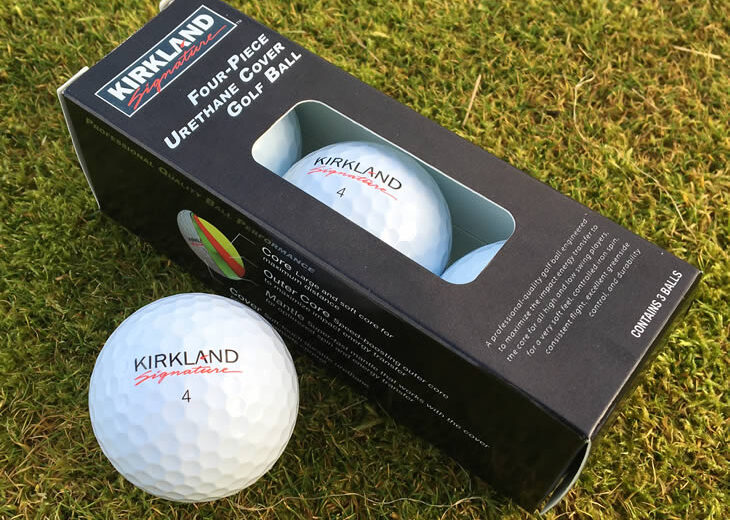 Rate this post
If you had said to me 6 months ago that I would be reviewing a Costco own brand golf ball then I would probably say that you had lost your marbles.However, much internet hype later and here we are with the Kirkland Signature golf ball that is creating a stir becuase it is a four piece urethane covered golf ball retailing in the USA for around $30 for a 24 ball pack, or about £25 in the UK so you can work out the cost per dozen on that. 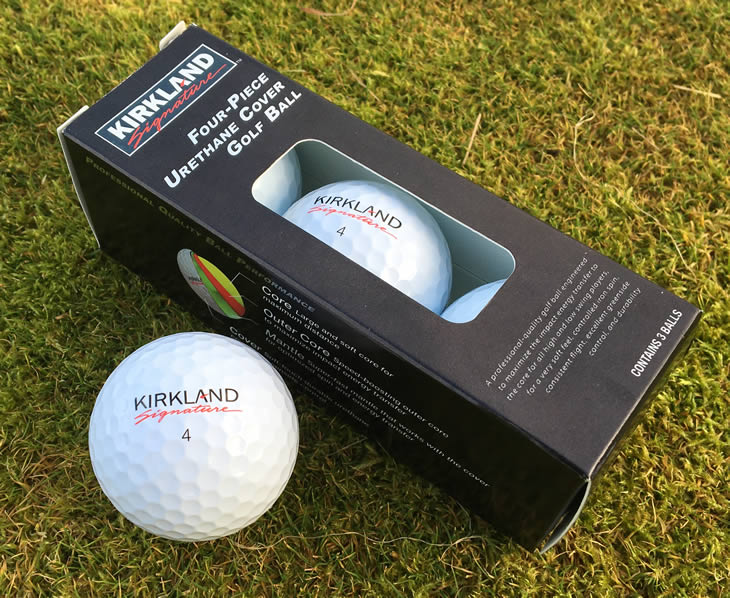 Urethane covers are good for feel and spin so the performance per pound is what is attracting the attention. As a guide the next most expensive urethane balls at the time of writing include the Srixon AD333, Callaway Chrome Soft X and Wilson DX3 Urethane at around £30 per dozen.

At lot of the chatter is how this is as good as a Pro V1 so I thought it would be worth taking the Kirkland Signature on the course over several round against this and other premium balls from TaylorMade and Callaway to see how it stacked up.

Now you can stand next to launch monitors all you want, but the real way to test golf balls is a green back approach as I found out during a recent Titleist ball fitting experience.

So first up it was chipping and this is where I noticed the biggest difference with the Kirkland Signature. Whilst it feels pretty good on all types of shot, around the green and on pitch shots it felt a little firmer than a Pro V1 and certainly more than the softer variants of ball mentioned above. For me, it’s almost like you can feel a more solid core rather than a clickier cover.

However the spin from the ‘super-fast’ mantle and outer urethane cover was comparable with a premium tour ball and you could easily get the same level of check and spin on full shots, which was very impressive in a ball at this price point.

When it came to putting it was maybe fractionally firmer than a Pro V1, but not as firm as a Pro V1x and that would be pretty similar for all round performance, wedge play excepted.

One thing I did like was the visible seam in the same place on each ball relative to the logo as I alway like to line this up. 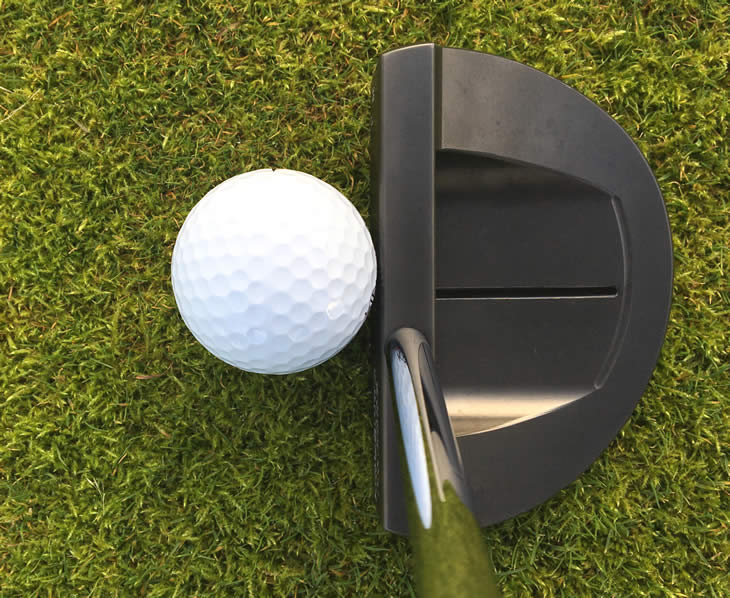 I played several rounds with the Kirkland Signature over courses I know well so I could judge distance and control and there was not much in it for distance, control and flight between this and most premium balls.

Titliest say that the difference between their shortest and longest ball is 5-7 yards and the Kirkland was within that range of the Pro V1 and other similar balls. 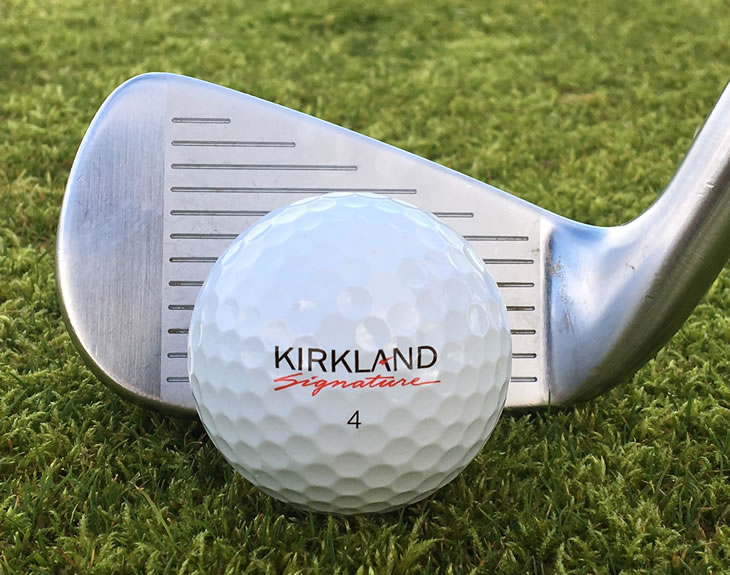 There are many budget balls that can go further than a Pro V1, but it is really about the control these premium balls deliver that makes them better to score with. Here the Kirkland also scores well as the control on and around the greens was also very good.

This does leave you thinking that this is a little too good to be true. How can they do this so cheaply? Well it could be a few things. Are the materials used cheaper? They could be, but the cover durability was about the same as a ball from the premium urethane category.

It could also be their business apporach as Costco will buy in bulk and aim to make money by selling large volumes at a lower margin with lower overheads than others with little or no marketing spend. This gives them a big advantage over stand alone golf brands. 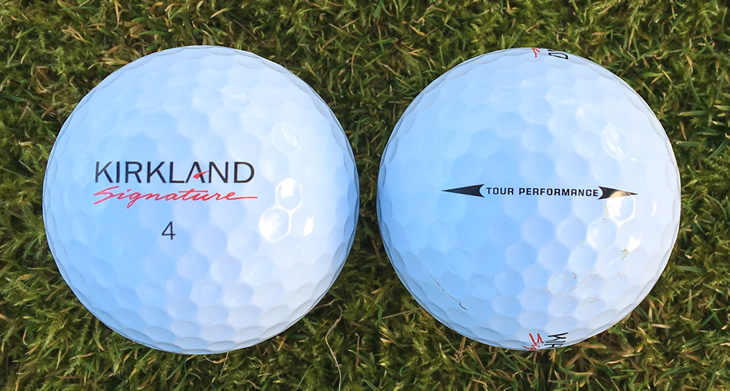 As I have found over the years, golf ball selection usually comes down to brand image, feel, durability and price. If this was a blind test, money no object then as a category 1 player I would approve of the performance in most areas of the game, but probably pass as the feel with the wedge didn’t work for me.

However factor in the price and it is a different story and many golfers of all ability will be tempted by the price. Bear in mind you will need to be a Costco member to buy them which is around £34 or $60 pa so it might still be cost effective if you lose a lot of balls.

In terms of value for money it seems a bit of a no brainer if you want a quality ball, particularly if you are prone to losing a ball or two a round. Some of those brands with 2-piece balls in the mid and soft sector of the market might be more nervous than the premium market leaders who probably have more brand loyalty and tour usage.

The hard part right now is getting your hands on them as the hype means that they are in limited stock and you will be restricted in how many you can buy. There are even rumours that the next delivery could be some way off due to lack of the right ball manufacturing capacity in Korea where the current batch were made.

To paraphrase the A-Team, if you have a problem funding golf balls, if no one else can help, and if you can find them….maybe you can tee up…a Kirkland! 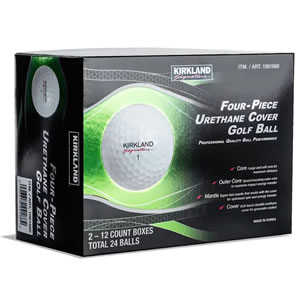